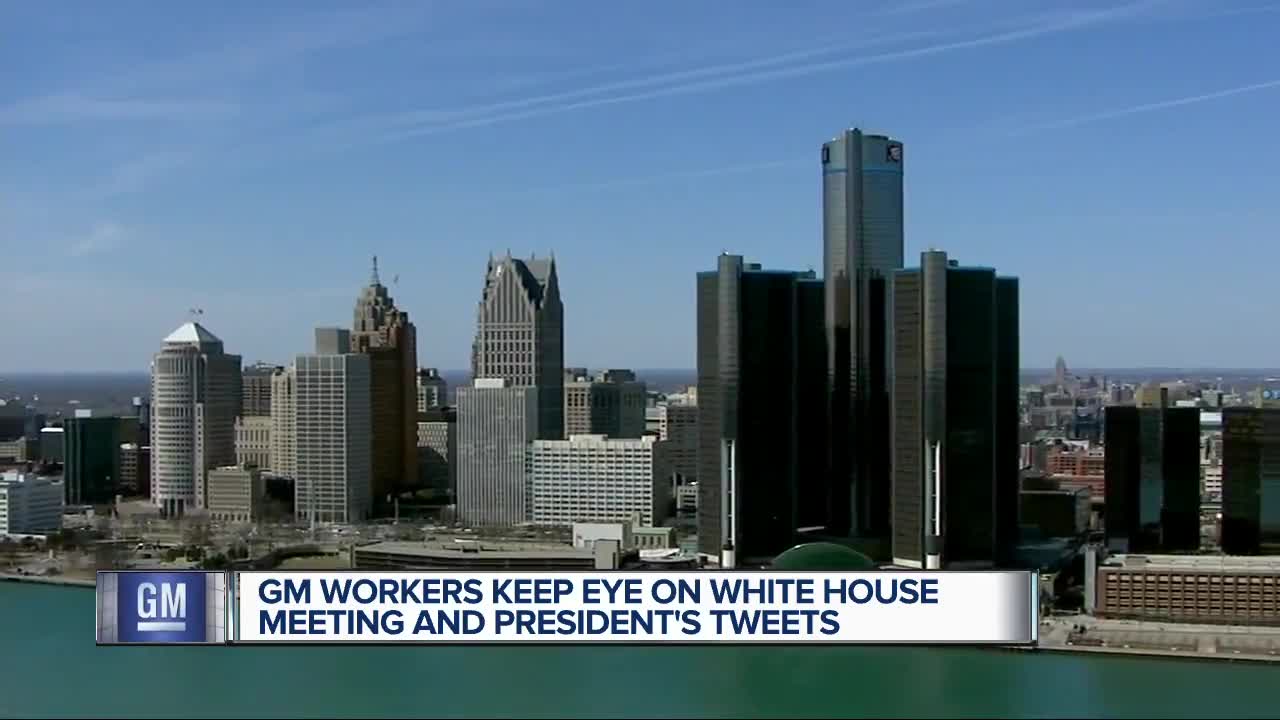 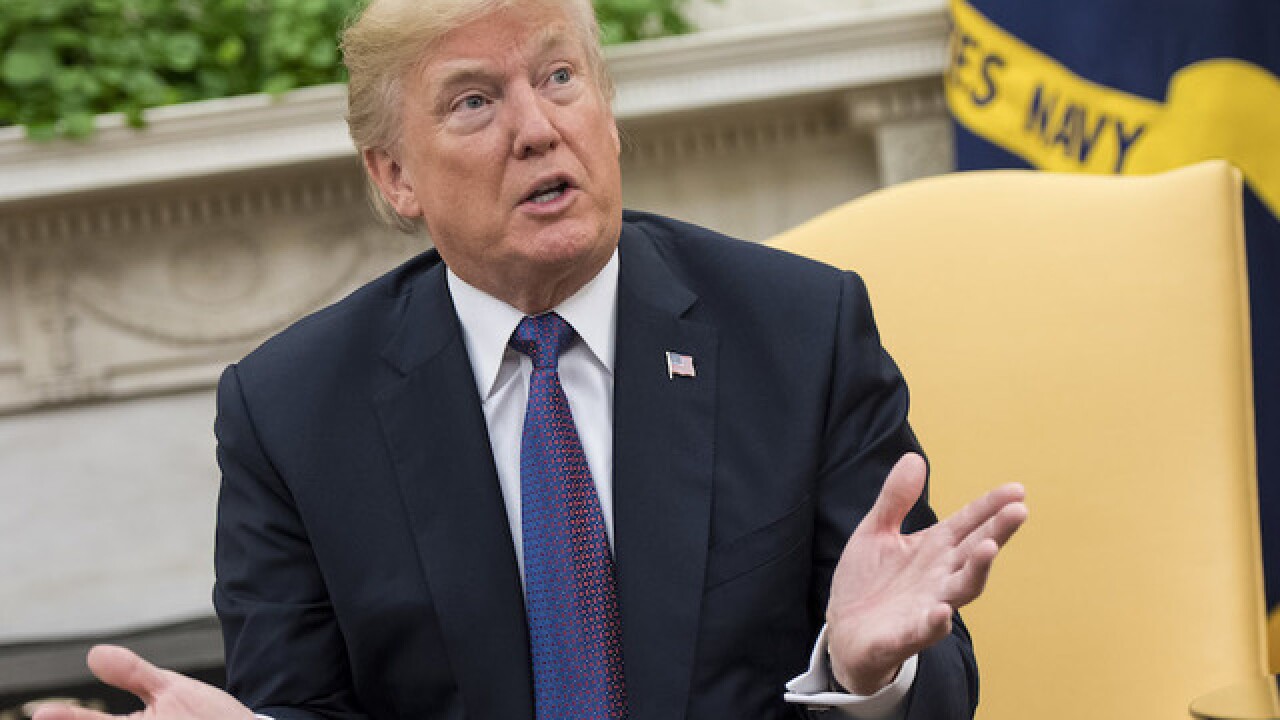 WASHINGTON (WXYZ) — President Donald Trump met with General Motors CEO and Chair Mary Barra in the Oval Office on Thursday afternoon. According to the president's daily schedule, the meeting was scheduled to happen at 1:45 p.m. but will be private.

The meeting comes amid the president's public frustration with the Detroit-based automaker. As recently as Aug. 30, he tweeted about GM, saying that it is "one of the smallest auto manufacturers" in Detroit.

General Motors, which was once the Giant of Detroit, is now one of the smallest auto manufacturers there. They moved major plants to China, BEFORE I CAME INTO OFFICE. This was done despite the saving help given them by the USA. Now they should start moving back to America again?

Trump has publicly pressured GM, saying they should bring jobs back to the United States, and has tweeted a dozen times about GM since he became president.

He was also upset at the closing of the Lordstown, Ohio plant, which was one of several plants GM announced would be closed last year.

"I am not happy that it is closed when everything else in our country is BOOMING," Trump tweeted on March 17. "I asked her to sell it or do something quickly. She blamed the UAW Union – I don't care, I just want it open!"

Just spoke to Mary Barra, CEO of General Motors about the Lordstown Ohio plant. I am not happy that it is closed when everything else in our Country is BOOMING. I asked her to sell it or do something quickly. She blamed the UAW Union — I don’t care, I just want it open!

A day after that tweet, Trump also tweeted that the UAW and GM would start talks in September or October. Earlier this week, the UAW said it would begin contract negotiations with General Motors first, while the union also voted to authorize a strike if a contract isn't negotiated before the current one expires later this month.

General Motors and the UAW are going to start “talks” in September/October. Why wait, start them now! I want jobs to stay in the U.S.A. and want Lordstown (Ohio), in one of the best economies in our history, opened or sold to a company who will open it up fast! Car companies.....

Trump has made the auto industry one of his biggest focuses during his presidency, and just days after his inauguration in January 2017, he met with the CEOs of the Big 3.

While we're awaiting word from either Trump or Barra on their private meeting, workers at the GM Pontiac Metal Center are talking.

They're concerned about their future, jobs and plant closings. 80 workers here were given pink slips in March as production at the GM Poletown plant was reduced. That Detroit-Hamtramck plant is among the four GM plants to close. The Pontiac Metal Center is also a feeder plant to GM Orion Assembly which has been given new investment to keep operating in the future.

Workers in Pontiac say they're glad President Trump continues to pressure Barra about keeping jobs in the US. But that doesn't mean they're going to vote for him.

GM is also negotiating a new contract with the United Auto Workers Union, the first of the big 3. Roland Trevino is a shop committeeman in Pontiac and he says nothing has leaked out about the ongoing talks. He says he's been with the company 44 years and has never seen that happen.

Check out some of Trump's tweets about GM below.

Thank you to General Motors and Walmart for starting the big jobs push back into the U.S.!

....for electric cars. General Motors made a big China bet years ago when they built plants there (and in Mexico) - don’t think that bet is going to pay off. I am here to protect America’s Workers!

General Motors is very counter to what other auto, and other, companies are doing. Big Steel is opening and renovating plants all over the country. Auto companies are pouring into the U.S., including BMW, which just announced a major new plant. The U.S.A. is booming!

Because the economy is so good, General Motors must get their Lordstown, Ohio, plant open, maybe in a different form or with a new owner, FAST! Toyota is investing 13.5 $Billion in U.S., others likewise. G.M. MUST ACT QUICKLY. Time is of the essence!

....in 3 separate locations, creating another 450 jobs. I have been working nicely with GM to get this done. Thank you to Mary B, your GREAT Governor, and Senator Rob Portman. With all the car companies coming back, and much more, THE USA IS BOOMING!

The Legendary Henry Ford and Alfred P. Sloan, the Founders of Ford Motor Company and General Motors, are “rolling over” at the weakness of current car company executives willing to spend more money on a car that is not as safe or good, and cost $3,000 more to consumers. Crazy!