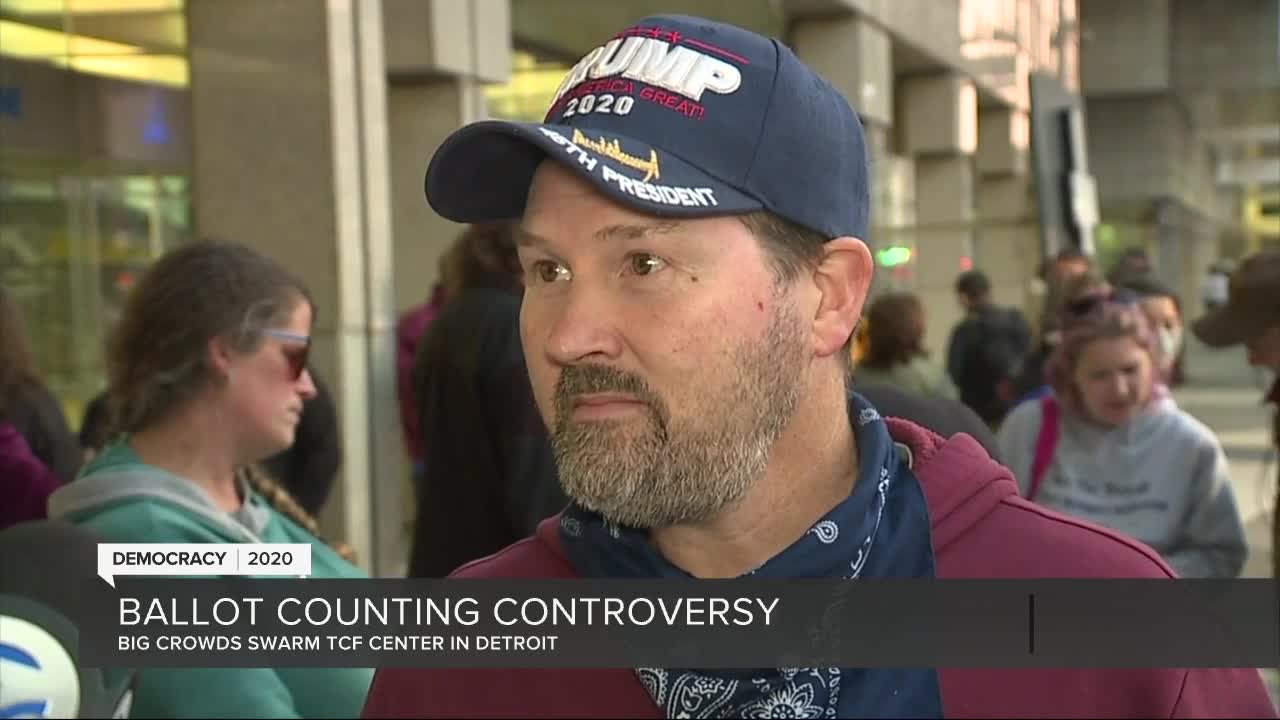 Dozens of people are gathering outside of the TCF Center in Downtown Detroit, trying to get inside to challenge votes which are being counted. 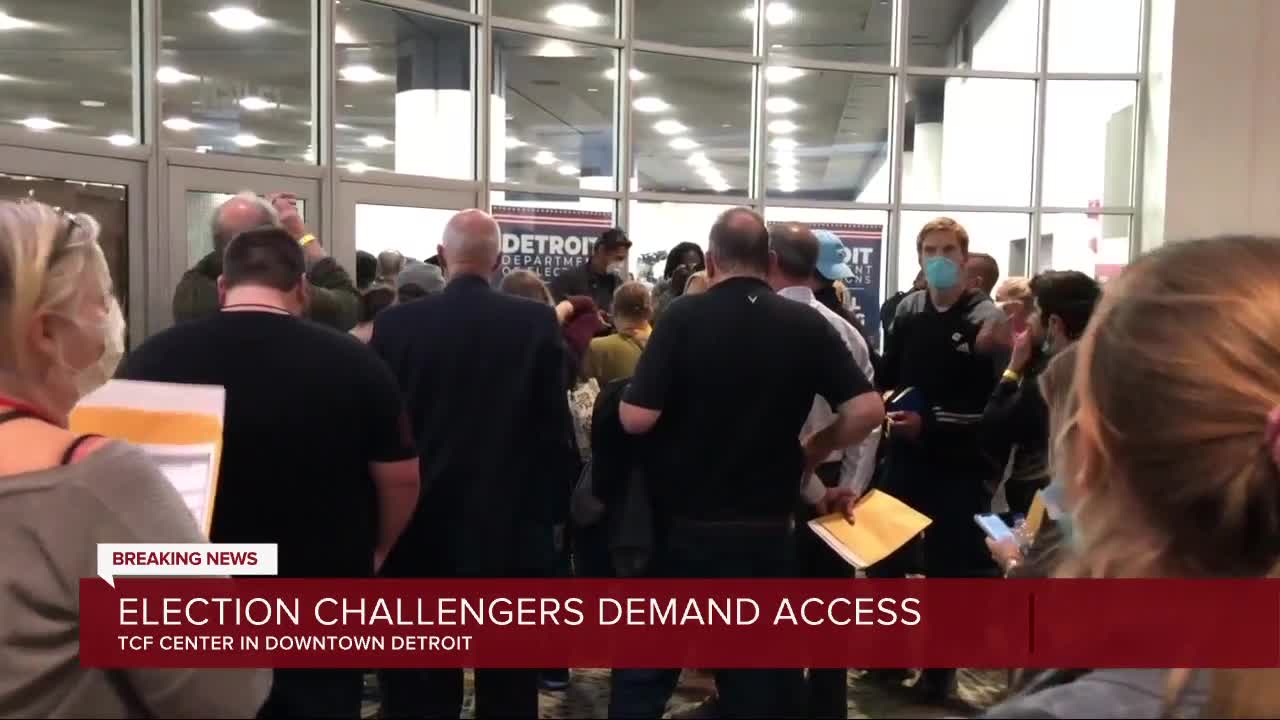 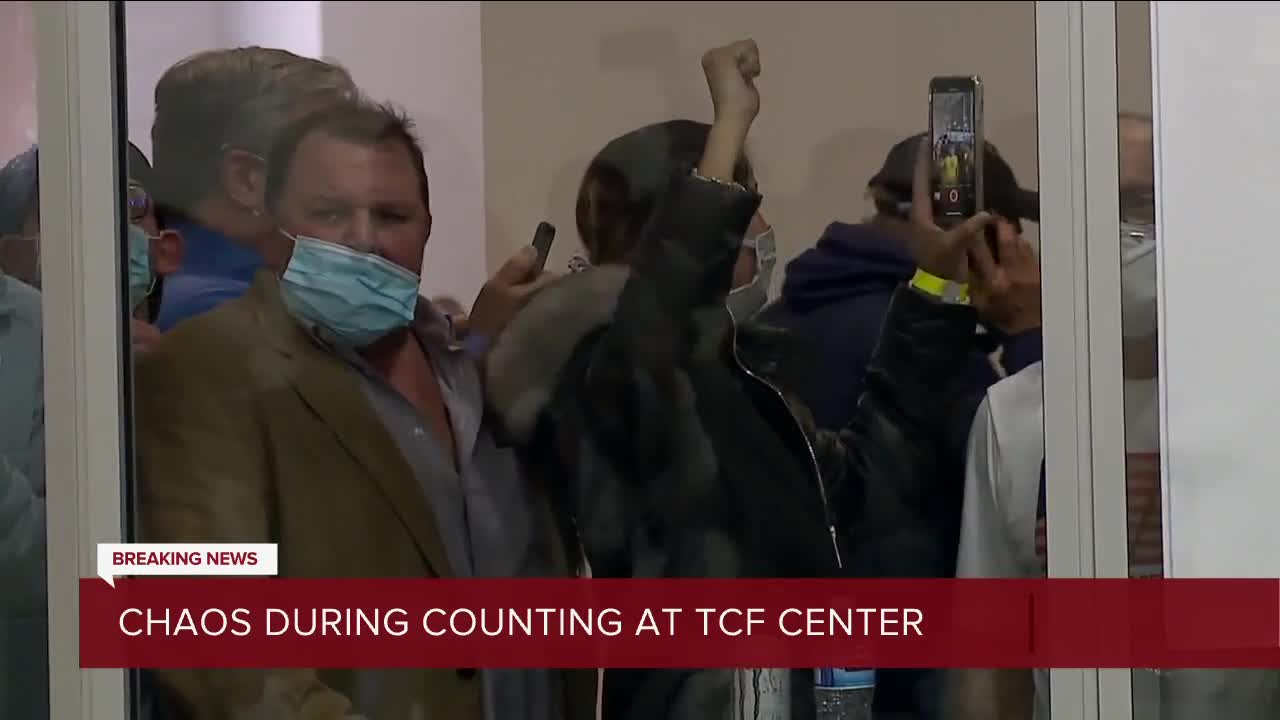 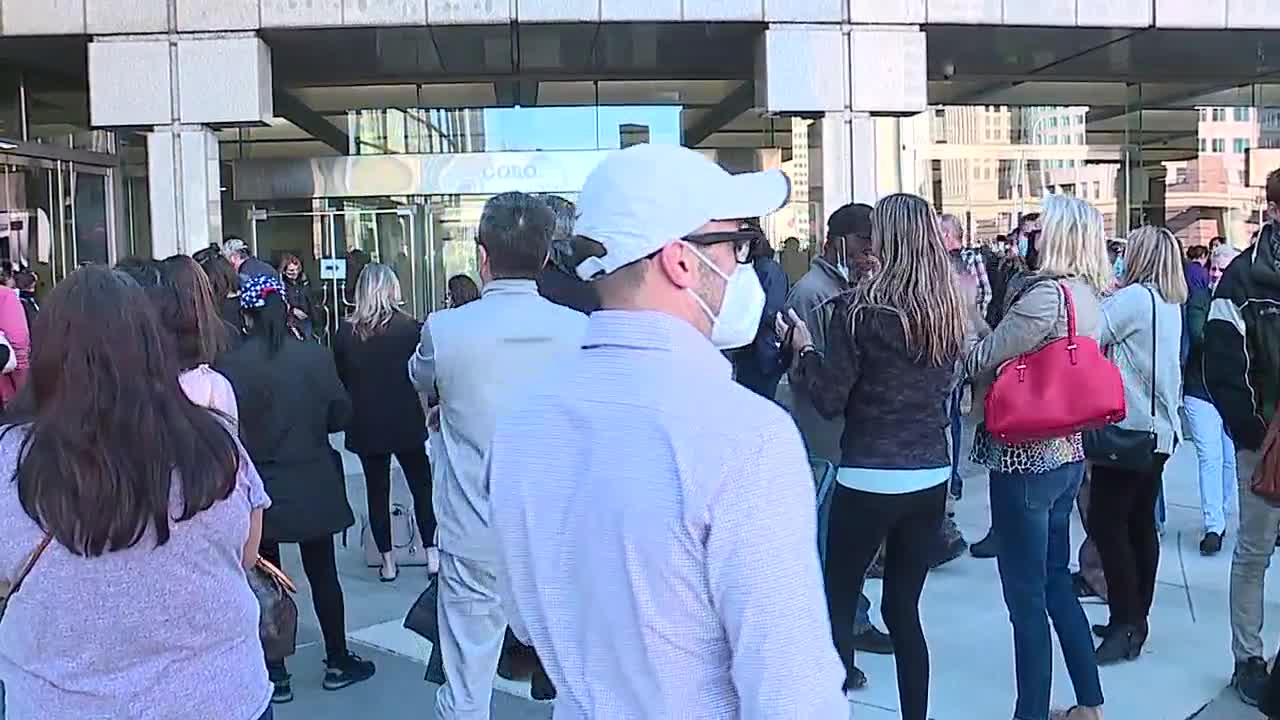 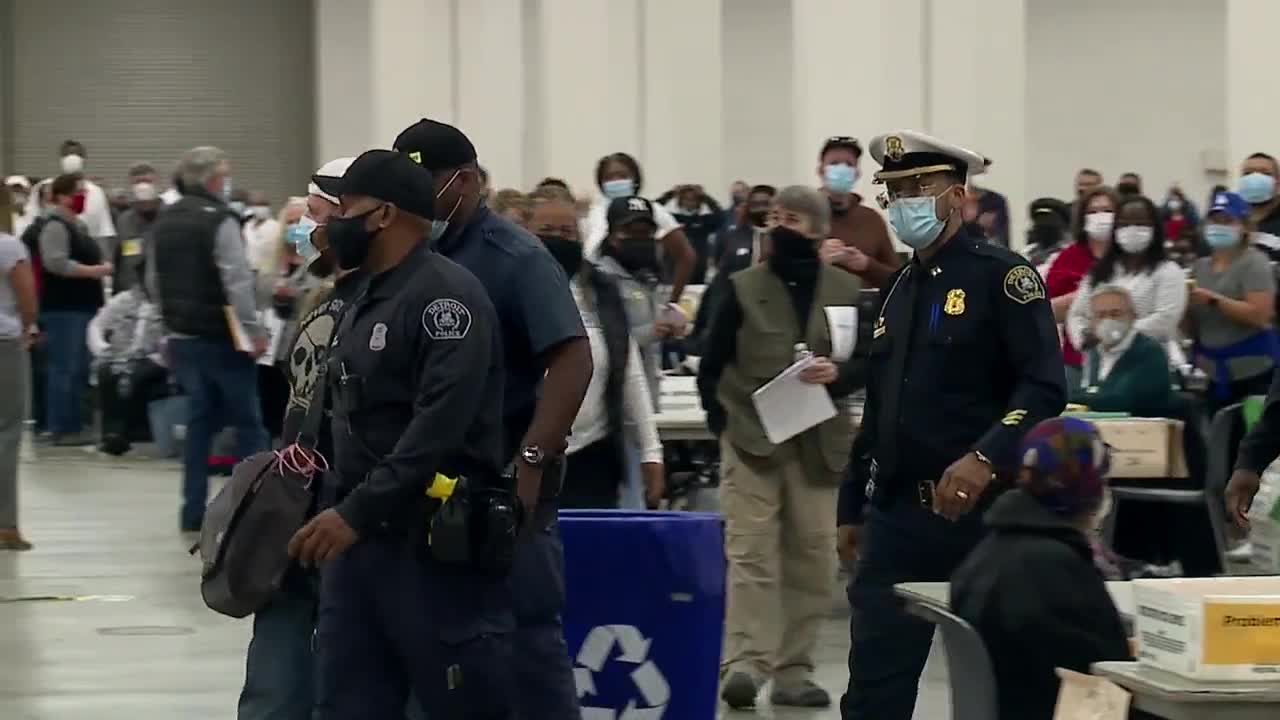 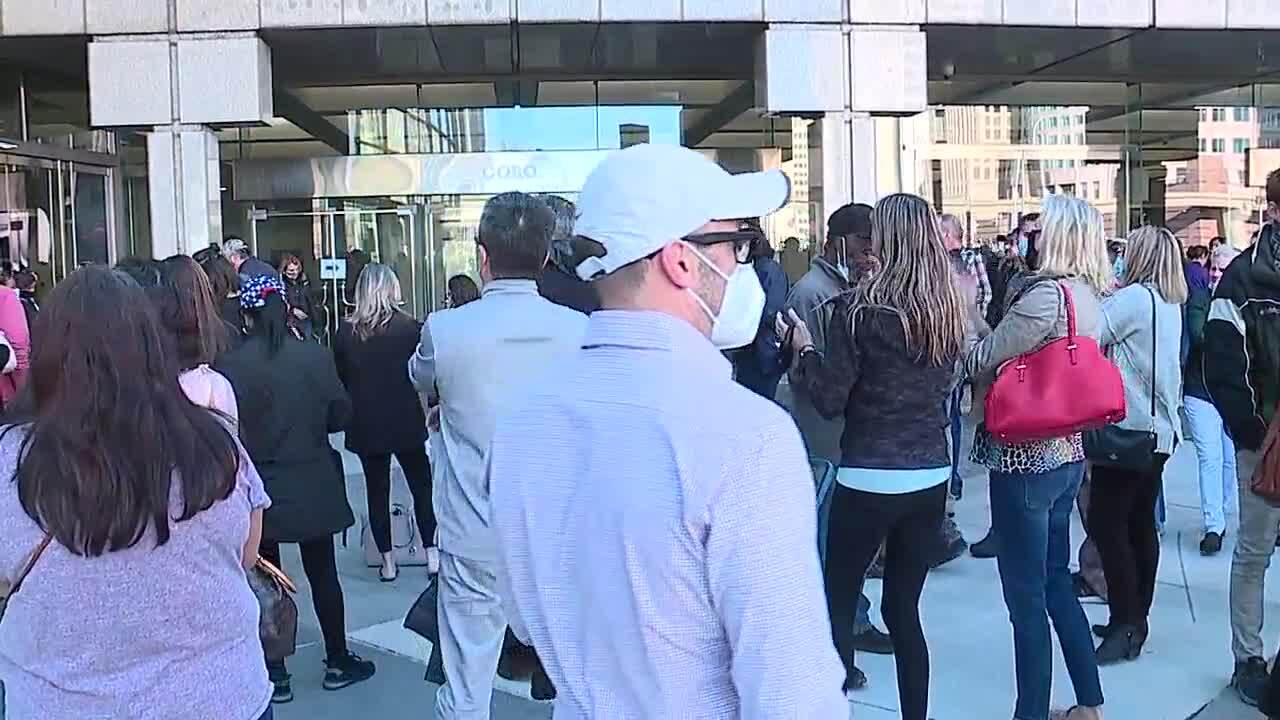 (WXYZ) — Dozens of people gathered outside of the TCF Center in Downtown Detroit Wednesday, trying to get inside to challenge votes that were being counted.

People outside of the center said they were not being let in to challenge the votes. The Detroit Health Department said TCF Center was at capacity and that's what police are enforcing.

Republicans are hoping to challenge the vote and claimed they were unfairly being kept outside where the absentee ballots are being counted. Hundreds of challengers are already inside TCF Center.

Video from our photographer inside the center showed one poll challenger being escorted out of the TCF Center to cheers.

A tweet from MLive reporter Malachi Barrett appeared to show an email from Macomb County Republicans urging challengers to get to the TCF Center today.