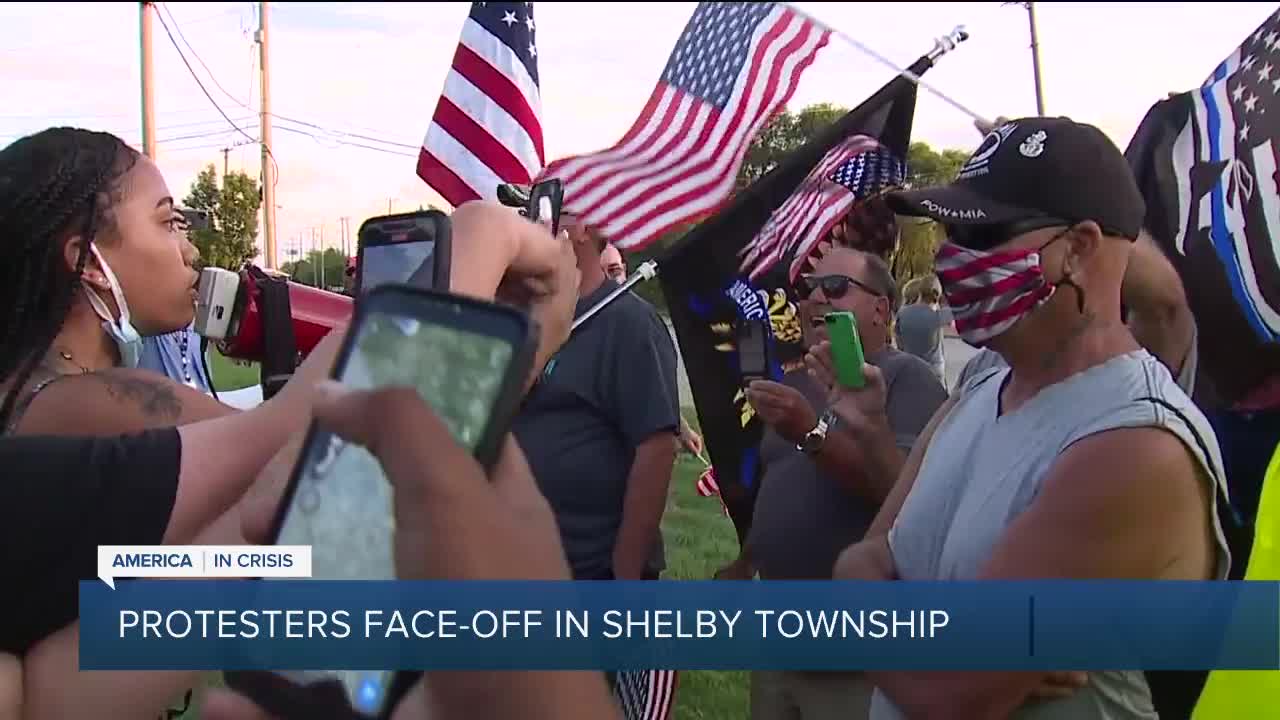 Black Lives Matter protesters and counter protesters faced off outside the Shelby Township Municipal Offices near Van Dyke on Wednesday. 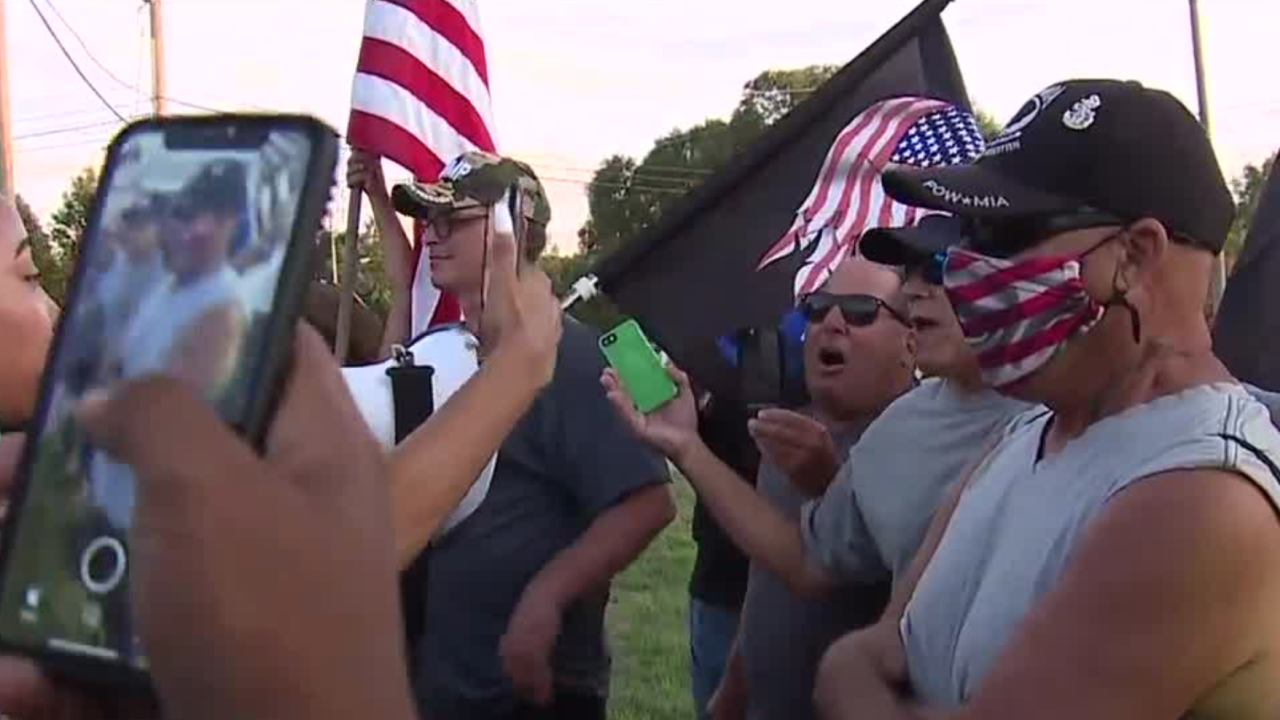 SHELBY TWP. (WXYZ) — Black Lives Matter protesters and counter protesters faced off outside the Shelby Township Municipal Offices near Van Dyke on Wednesday. The two groups yelling slogans at each other during a tense confrontation.

Before the clash, Black Lives Matter protesters rallied to call for police chief Robert Shelide resignation and an end to police violence.

There was a tense confrontation between protesters and counter protesters.

Our report will air tonight at 11 on @wxyzdetroit. https://t.co/Fs1uwW2P9h pic.twitter.com/AhXJnimqYl

[con’t] This is video of one arrest from a cell phone. She was taken into custody for stepping into the street. @wxyzdetroit pic.twitter.com/fmqIoxXkSB

In his tweets under an alias, the chief referred to looters as "subhuman" and "wild savages that should be in body bags" following the killing of George Floyd in Minnesota. Shelby Township Trustees voted 5-2 for the chief to receive a 30-day suspension and take cultural awareness and de-escalation training.

This week, 7 Action News obtained a copy of an email apparently sent from Chief Shelide to his officers titled, "The Myth of Systemic Police Racism." It's a Op-Ed and demonstrators said it cuts to the heart of the Black Lives Matter movement.

7 Action News reached out to Shelide and Trustees for comment and have not heard back.