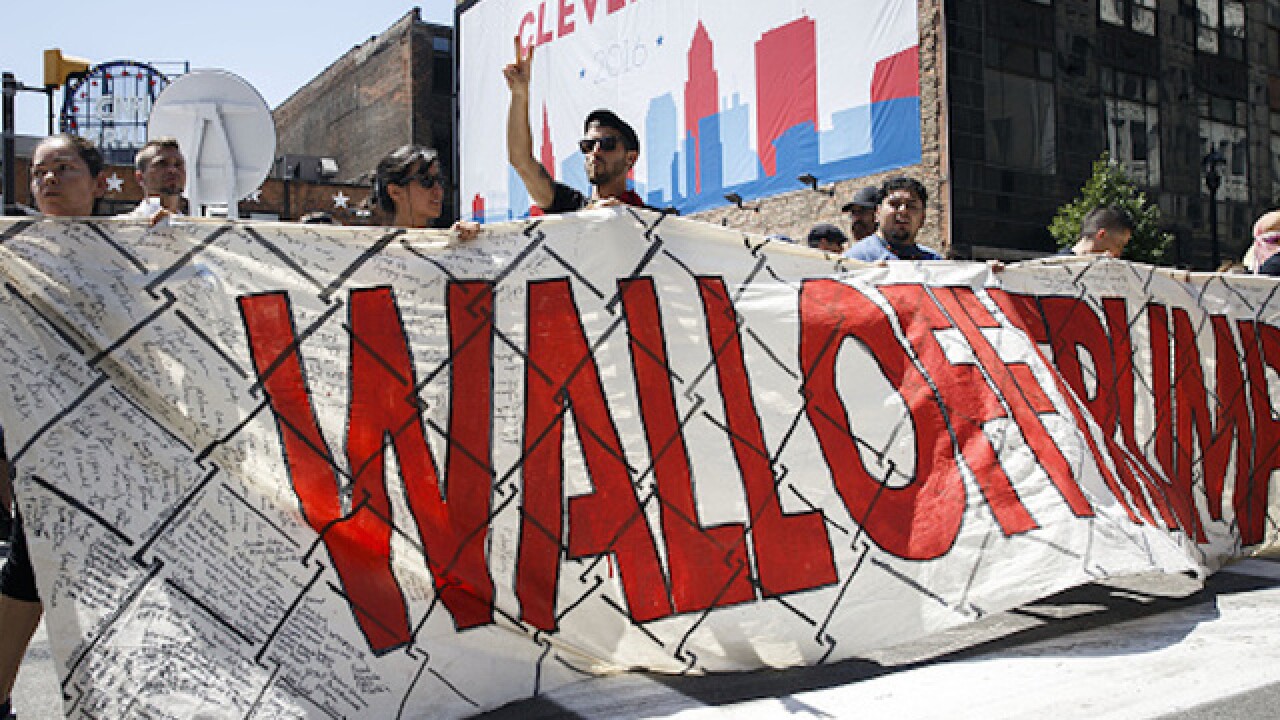 A handful of the thousands of protesters demonstrating near the Republican National Convention in Cleveland got violent with each other and members of law enforcement Wednesday afternoon as police made five arrests.

Cleveland Police said that two officers were injured during protests.

Protests for and against GOP standard-bearer Donald Trump took place for the third day at the RNC, as things got testy between the groups near Cleveland's Public Square; roughly five blocks from the site of the RNC.

At least one American flag was burned, prompting the fire department to be called out to the protests.

Cleveland Police said that a dispersal order was issued to protesters to leave the Public Square.

At least two prison transport vehicles were being used to tow away protesters, with several more on the way, as of Wednesday afternoon.

Trump is in Cleveland, and had just left a private party in Downtown Cleveland during the heat of the protests.