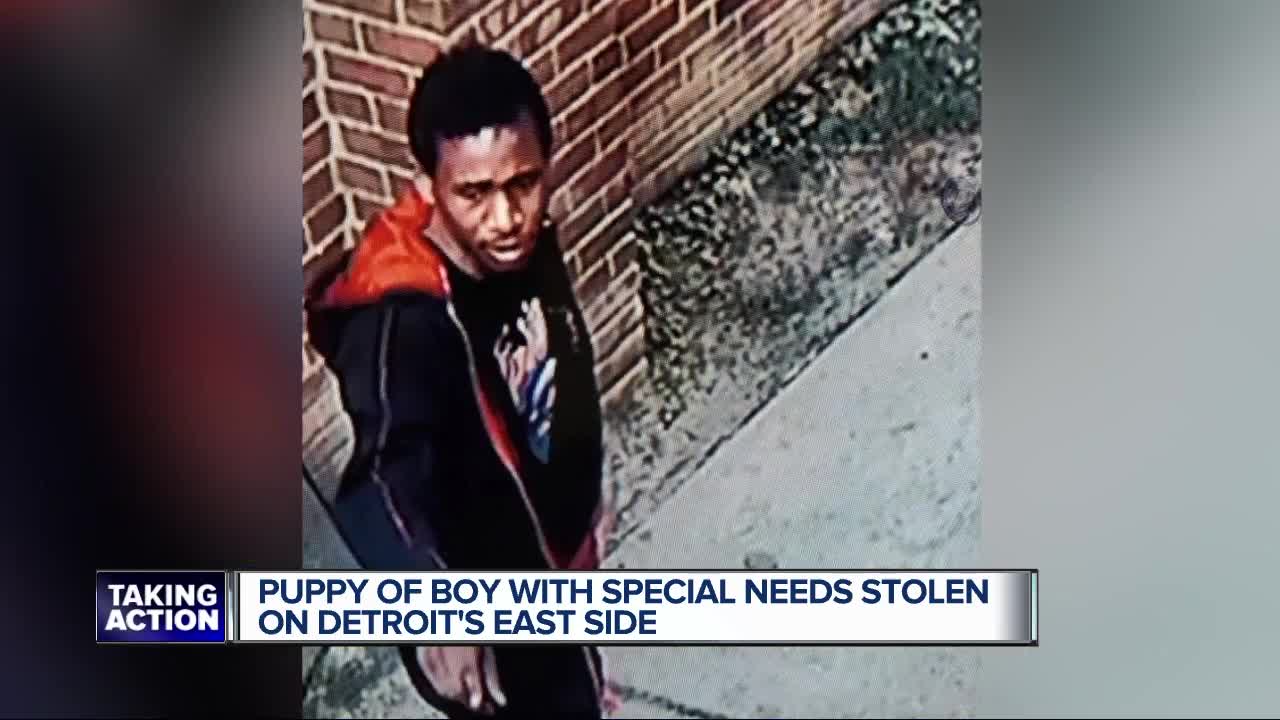 A puppy is stolen from a child with special needs in the city's east side. Now family is offering a reward for the dog's return

DETROIT (WXYZ) — Who would steal from a child with special needs?

It's a question Daniel Dozier keeps asking himself after his son Christian's puppy was snatched up Friday by an unknown man. It happened right in front of Dozier's home near Morang and McKinney streets on Detroit's east side.

WHO WOULD STEAL FROM A CHILD WITH SPECIAL NEEDS? @detroitpolice are looking for the man in this photo, who snatched up a 4-month-old pitbull mix Friday afternoon, right in front of the puppy's fourth grade owner @wxyzdetroit pic.twitter.com/efhQSaM7ZS

The 4-month-old pitbull mix named Cobra was not only a family pet, but also an emotional support animal for Christian, who has autism.

The theft occurred as Christian was getting off the school bus, and was all caught on Dozier's home surveillance system.

"He was getting off the bus and he noticed a young man taking his dog out of the yard," Dozier told 7 Action News. "He tapped the young man and let him know that was his dog."

You can see in the surveillance, Christian goes after the man who allegedly claims he has a different dog. However, once Christian sees Cobra's empty dog house, he knows better.

It appears for the moment the suspect, who is accompanied by a woman, is going to do the right thing and return the dog, but ends up taking off.

"He took it twice, he just blatantly did it," Dozier said.

Christian is desperate to get his four-legged friend back home.

"He asks me about the dog every day," Dozier said.

Detroit police are investigating this, and Dozier is offering up a cash reward to get the dog back. He has just one message for the man who stole Cobra.

"Just return the dog," he said.