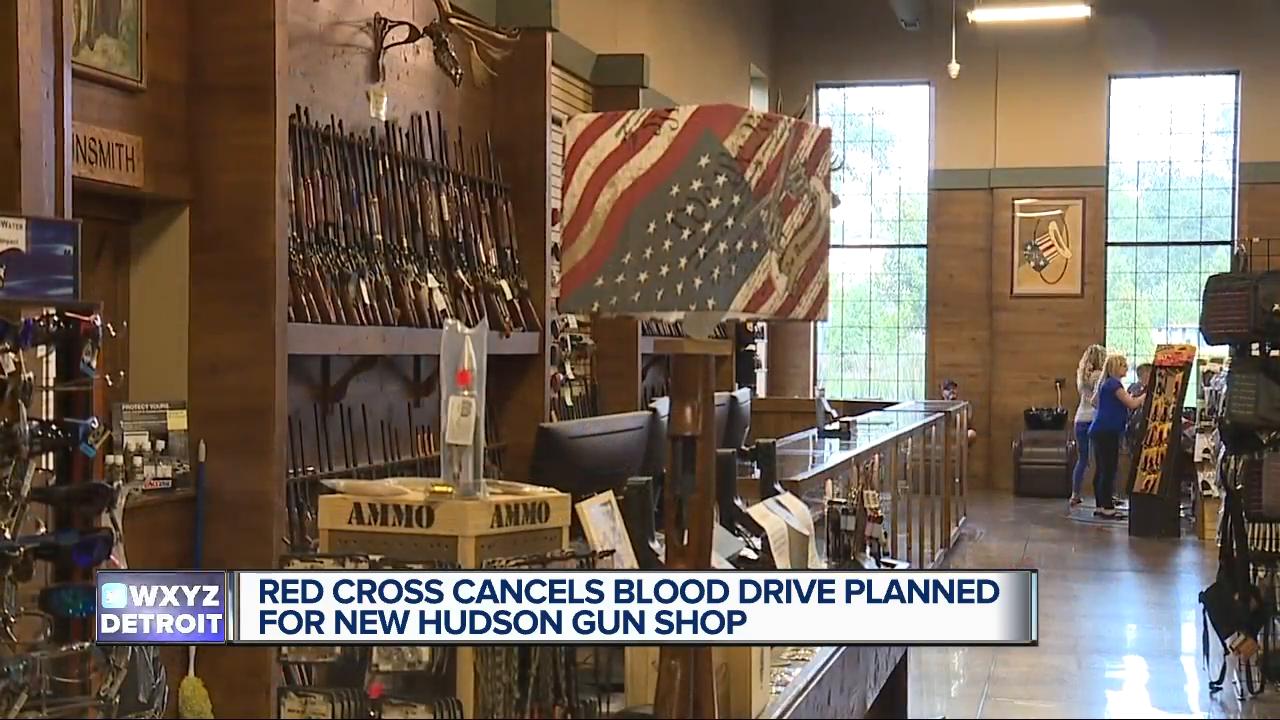 NEW HUDSON, Mich. (WXYZ) — A gun shop owner is upset after agreeing to host a blood drive with the American Red Cross after hearing there was a shortage of blood, later to only be told the Red Cross decided to cancel.

Ed Swedish, owner of Huron Valley Guns in New Hudson, says he wanted to help out the American Red Cross after learning there was a shortage of blood.

"We actually made plans to move all of our showroom to the back and this was all going to be set up as an area for the blood drive and where you sit after you have the blood," Swedish said.

He even printed flyers for the event for this Saturday, Aug. 31 and Sunday, Sept. 1. Swedish told all his customers to come by and help out.

"I really feel bad for all of my customers that donated their time to come and make plans to be here this weekend," he said.

The Red Cross told Swedish they didn’t want to do the blood drive inside the store, and they had another plan.

"So they said at that point we’ll put a bus in the parking lot, and I said OK that’s fine and today they just called and said they can’t even do that," Swedish said.

Action News reached out to the American Red Cross for comment, but haven’t heard back. Swedish says it’s disappointing they canceled.

"For us to jump through all the hoops and then, first it’s no good in the store then it’s not even good in our parking lot I mean," Swedish said. "I wouldn’t go as far as saying second class citizen but it is a little discriminatory."

The Red Cross released this statement to 7 Action News.

“The American Red Cross appreciates the intent of Huron Valley Guns to hold a blood drive this weekend to help patients in need and we apologize to the blood drive sponsor and donors for the late cancellation of that drive earlier this week.

The Red Cross is committed to maintaining a weapons-free environment in which our employees and volunteers safely and securely conduct Red Cross business and fulfill its humanitarian mission. Red Cross policy prohibits staff, donors or partners from possessing, transferring, storing, selling or using weapons of any type, whether openly or concealed, at any Red Cross facility regardless of whether or not the individual or organization has a federal or state license or permit to possess the weapon.

This policy does not prohibit the Red Cross from holding a blood drive outside this location, as long as the staff, donors or partners are not possessing, storing or using weapons at the blood drive. We did not effectively communicate our policy to the blood drive sponsor, and as we began preparations to hold the drive we faced a number of logistical and promotional challenges that ultimately made it unfeasible to move forward. We are committed to improving this process as we organize drives in the future.

Over the upcoming weeks, there are a number of opportunities to donate blood in the community and we encourage individuals to schedule a blood donation appointment at www.redcrossblood.org.”