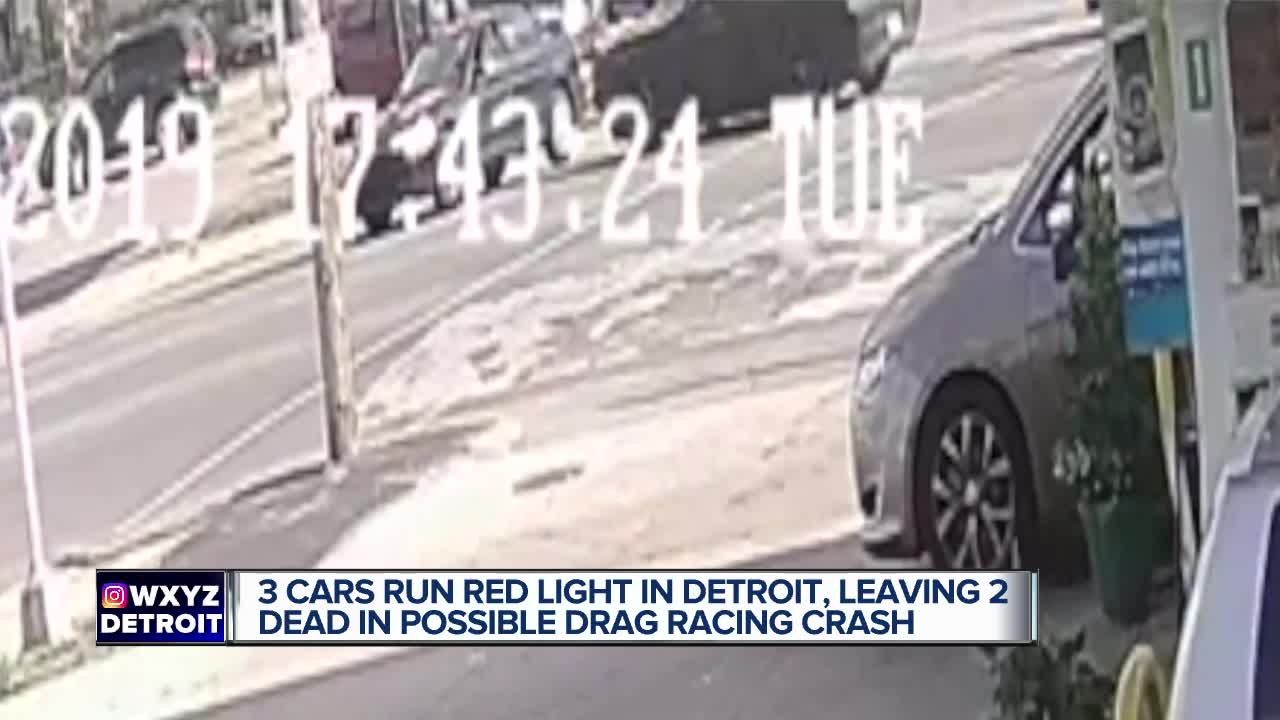 DETROIT (WXYZ) — Detroit police confirm that a 62-year-old man and a 53-year-old woman were killed when the car they were riding in was in the wrong place at the wrong time Tuesday night. The inciden happened on Seven Mile Road and Coyle on the west side.

Surveillance video shows three cars drag racing or speeding on Seven Mile, when one t-boned the car with the two victims inside.

The driver of the car that crashed ran off, but was arrested within the hour with a tip to police. Officers are working to identify the drivers of the other two cars.

Police who live in the neighborhood say this is a constant problem.