'A giant in law, in civil rights, and in life,' Judge Damon Keith celebrated during funeral service in Detroit 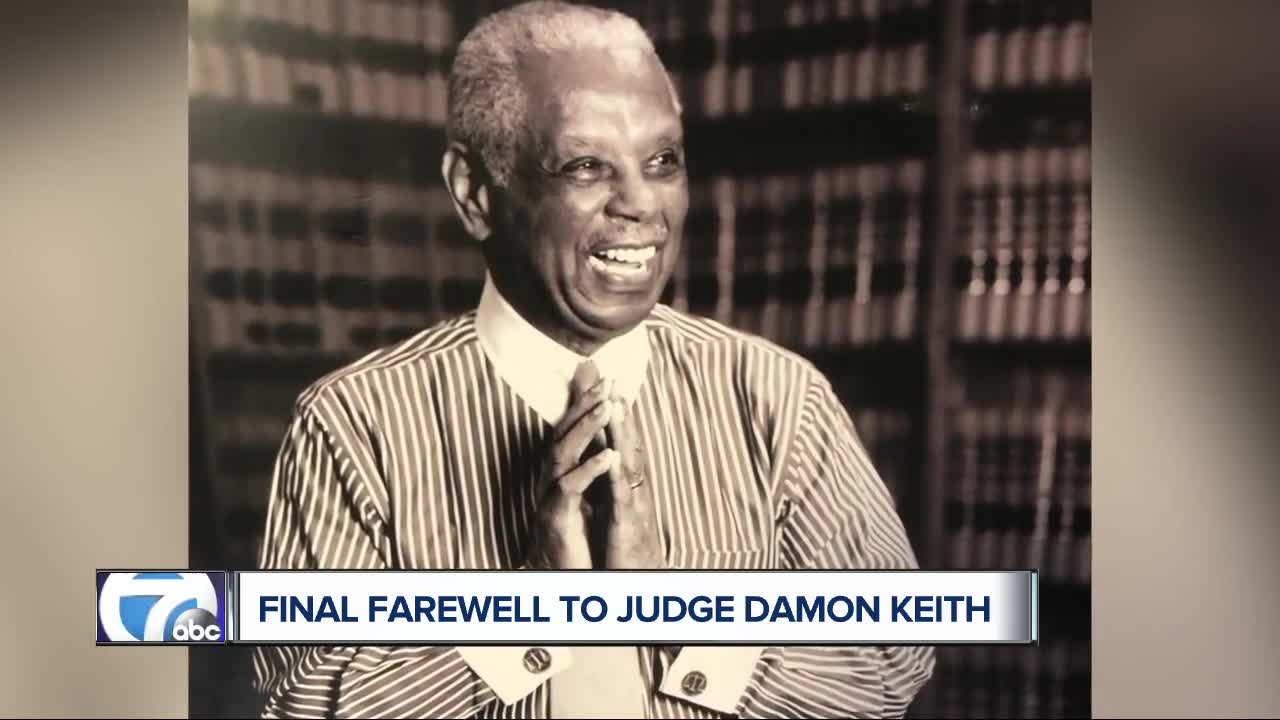 The late federal Judge Damon J. Keith was laid to rest Monday in Detroit. The Motor City native, civil rights icon, and distinguished jurist passed away at age 96 on April 28.

The Motor City native, civil rights icon, and distinguished jurist passed away at age 96 on April 28.

His life and legacy were celebrated during a funeral service at the Hartford Memorial Baptist Church on Detroit's west side.

“Damon Keith was a giant in law, in civil rights, and in life," said Dr. M. Roy Wilson, President of Wayne State University, one of Keith's alma maters.

A grandson of slaves., Keith died as a celebrated federal judge in the U.S. Court of Appeals for the Sixth Circuit. He was nominated for that position in 1977.

Many of his milestone decisions were mentioned during his funeral service Monday, including those that put him at odds with people in power at the time.

Mayor Mike Duggan and Gov. Gretchen Whitmer both gave remarks at his funeral service, as did several of Keith’s former law clerks and proteges.

Former Michigan Gov. Jennifer Granholm clerked for Keith and was there Monday to pay her respects.

“It was a grand send off for a grand man," Granholm told 7 Action News.

Keith is up for a rare posthumous honor, the Congressional Medal of Freedom. U.S. Sen. Debbie Stabenow said lawmakers are in the process of gathering enough signatures to make that happen.

"I believe he deserves that," Stabenow said.

One of Keith’s three daughters, Cecile Brown Kieth, spoke during the funeral. She reminded everyone how to honor her late father's legacy; by continuing his mission of standing up for the disenfranchised .

Monday both U.S. and Michigan flags were flown at half staff in the Capitol Complex in honor of the late judge.

Keith is buried at the Roseland Park Cemetery in Berkley.