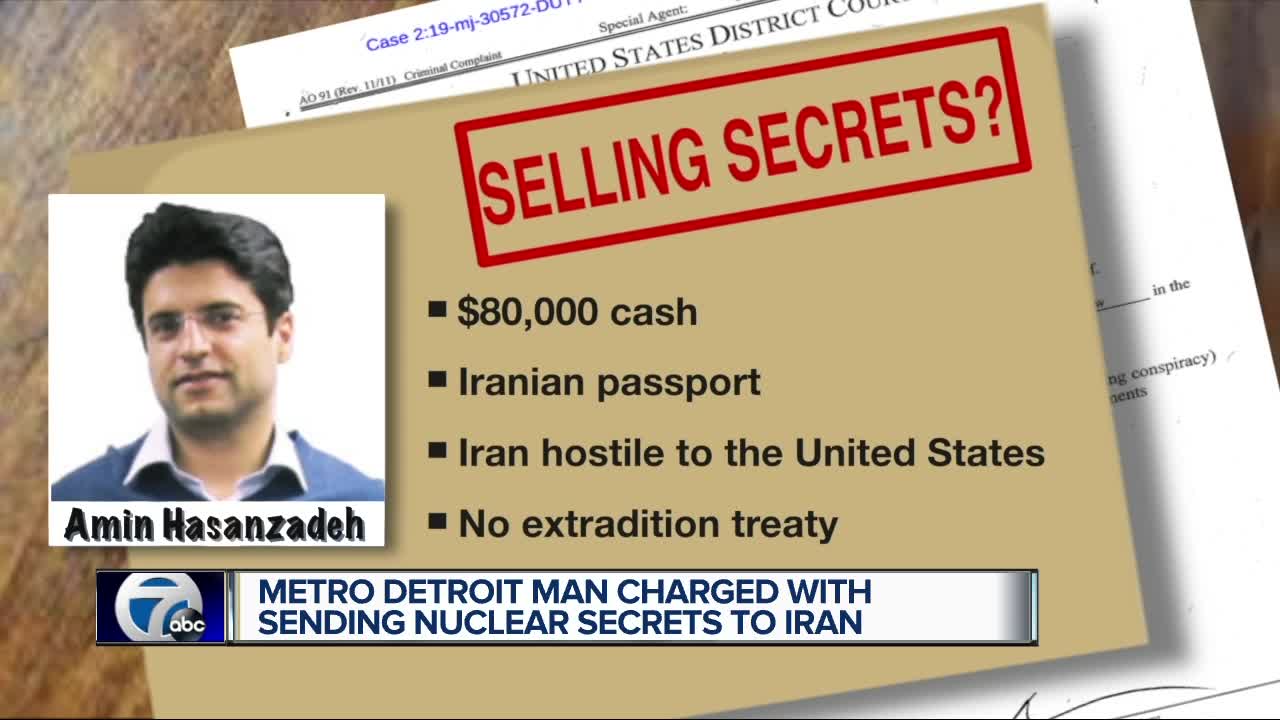 A Federal Magistrate Judge has ordered Amin Hasanzadeh to be locked up after a hearing Friday afternoon.

DETROIT (WXYZ) — A Federal Magistrate Judge has ordered Amin Hasanzadeh to be locked up after a hearing Friday afternoon.

Hasanzadeh is charged with fraud and interstate transportation of stolen property. The criminal complaint alleges he sent confidential and proprietary technical information from a company he worked for to his brother in Iran.

The information could be used to help build nuclear weapons.

The company is not identified by the feds but an official said in court documents the crime is “catastrophic.”

A spokesperson for the FBI in Detroit says there is no current threat to the United States.

In court the federal prosecutor argued Hasanzadeh is a loner, has $80,000 cash in the bank, an Iranian passport and is a serious flight risk. His wife came to the U.S. on a student visa, earned a Doctorate degree at the University of Michigan and is working in California on a now expired visa.

Hasanzadeh was also working for the University doing research and was put on paid leave after he was arrested. He was living in Ypsilanti.

A hired defense attorney argued Hasanzadeh has no criminal record, has been in the U.S. for almost 9 years, would surrender his passport and agree to terms for release. The Magistrate Judge said no.

Hasanzadeh is set to be back in court on November 20th.