Aunt of 9-year-old killed in dog attack: "It's just such a tragic way for her to pass." 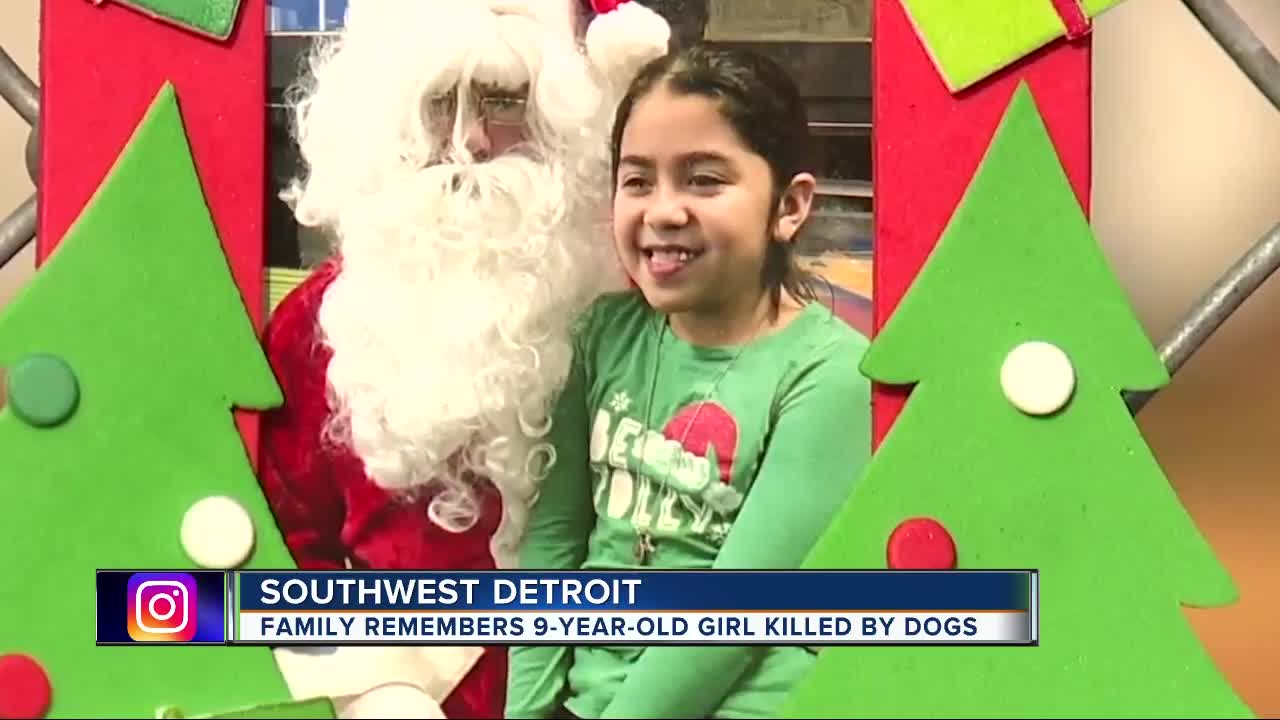 Family members are remembering Emma Hernandez as a playful little girl who loved school and playing outside.

DETROIT (WXYZ) — Family members are remembering Emma Hernandez as a playful little girl who loved school and playing outside.

The 9-year-old was riding her bike Monday when she was mauled to death by three pit bulls on Detroit’s southwest side.

“We’re very devastated. It’s just a tragic way for her to pass.”

“Such a beautiful child. Very happy. Very smart,” Emma Hernandez’s aunt tells me about the 9-year-old. Emma died yesterday in a dog attack while riding her bike on Detroit’s southwest side @wxyzdetroit @CrimeInTheD pic.twitter.com/AKzaY2dsIU

Family told Action News they’ve been concerned about the dogs before, and said they’re not properly fenced in. According to them, Emma’s 12-year-old brother was among the people who ran to help; he witnessed aftermath of the attack.

“I imagine my sisters and they’re around the same age too and it’s like, I just sat on my bed and I just couldn’t even get up," said Hernandez's neighbor Anahi Gonzales.

A Go Fund Me for Emma’s family has already raised around $30,000: https://www.gofundme.com/f/paying-tribute-for-emma-valentina-hernandez

Detroit Police said given the severity of the attack, it's likely all three dogs will be put down. Their owner was arrested Monday following the attack; it's unclear what if any charges he will face.