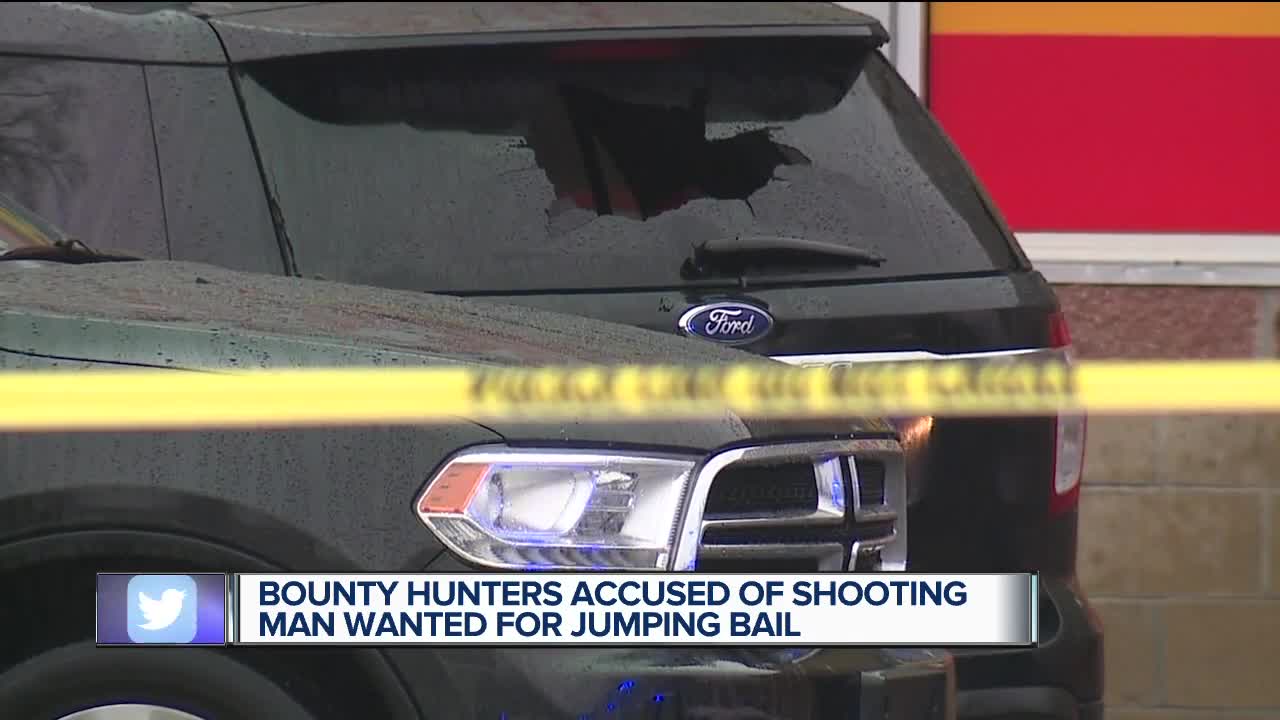 A 29-year-old man was shot while inside his SUV at a Family Dollar on 18200 block of Schoolcraft Ave. 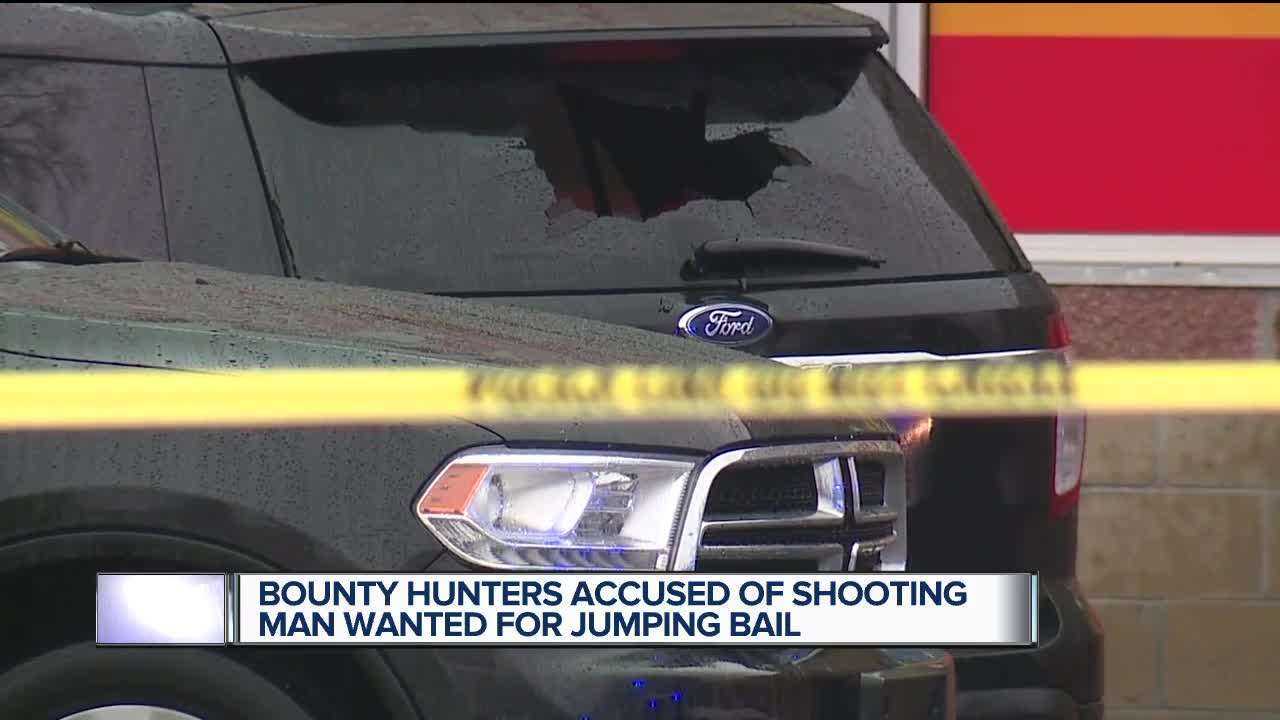 DETROIT (WXYZ) — A 29-year-old man was shot while inside his SUV at a Family Dollar on 18200 block of Schoolcraft Ave.

The victim is listed in serious condition. Police say an second adult and child were inside the vehicle but not harmed.

Officers took two men into custody at the scene. A spokesperson for the department said the men identified as bounty hunters.

According to bounty hunters' attorney, the men tried to capture the victim who allegedly jumped bail.

The attorney said they were hired by AAA Liberty Bail Bonds in Macomb County.

While trying to apprehend the man, the attorney said the victim tried to run over the bounty hunter.

"If you're running for the law and you try to put someone's life in jeopardy - they had to do what they have to do," said attorney James Galen. ""If Mike [the bounty hunter] wouldn't of responded with a gunshot he may have killed Mike."

Detroit police are in the process of sending over charging documents to the Wayne County Prosecutor's office.

7 Action News will continue to follow developments in this story.