Boxer says he won round one in fight for religious rights 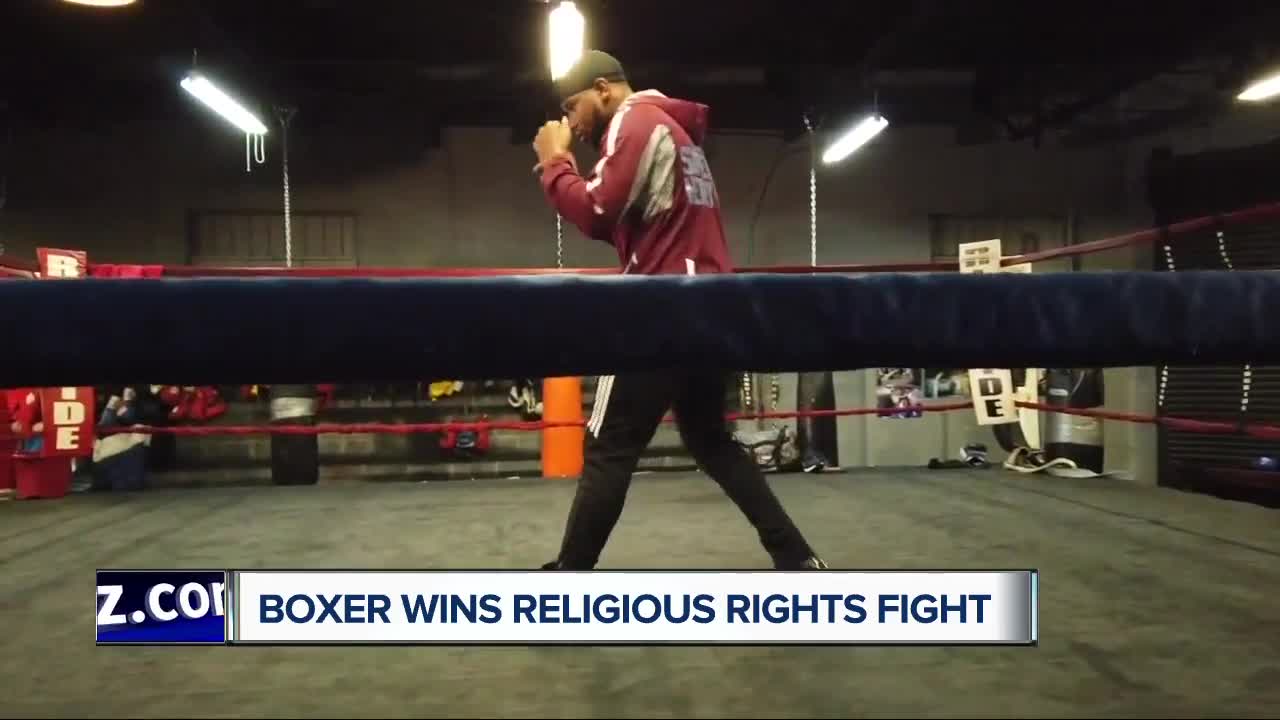 When 19-year-old Basheer Abdur started training at the Superbad Boxing Gym in Detroit, he thought he was preparing for a fight in the ring. Instead he found himself fighting for his faith.

DETROIT (WXYZ) — When 19-year-old Basheer Abdur started training at the Superbad Boxing Gym in Detroit, he thought he was preparing for a fight in the ring. Instead he found himself fighting for his faith.

He, like many Muslim men, does not shave his beard in an effort to follow the practices of the prophet Muhammad.

“It is something he did in his day, so we try to follow what he did,” said Abdur.

Last year he says USA Boxing had banned him from taking part in the Golden Gloves Tournament because of his beard. The rules at the time required a religious waiver be filed 7 days before each fight. However in progressive tournaments you can’t file 7 days in advance for fights you don’t yet qualify for.

He felt at the time he had to choose between his faith and his dream of becoming a professional boxer. He chose his faith and with the help of the Council on American Islamic Relations of Michigan, called for change.

“It opened up my mind to life is bigger than just me. People are fighting for opportunity,” said Abdur.

His voice was heard. He says this year at the Golden Gloves a sign was posted letting Muslim boxers know they can participate.

His attorney at CAIR-Michigan, Amy Doukoure says they have won round one. In round two she wants a system in place so fighters don’t have to repeatedly filed religious waivers.

Abdur says he is in this fight not just for him, but so that in the future boxers of all faiths have an equal chance of becoming a champion.

“I don’t want them to go through the same thing I went through,” said Abdur.

7 Action News reached out to USA Boxing for comment, but as of the publishing of this article, have not heard back.