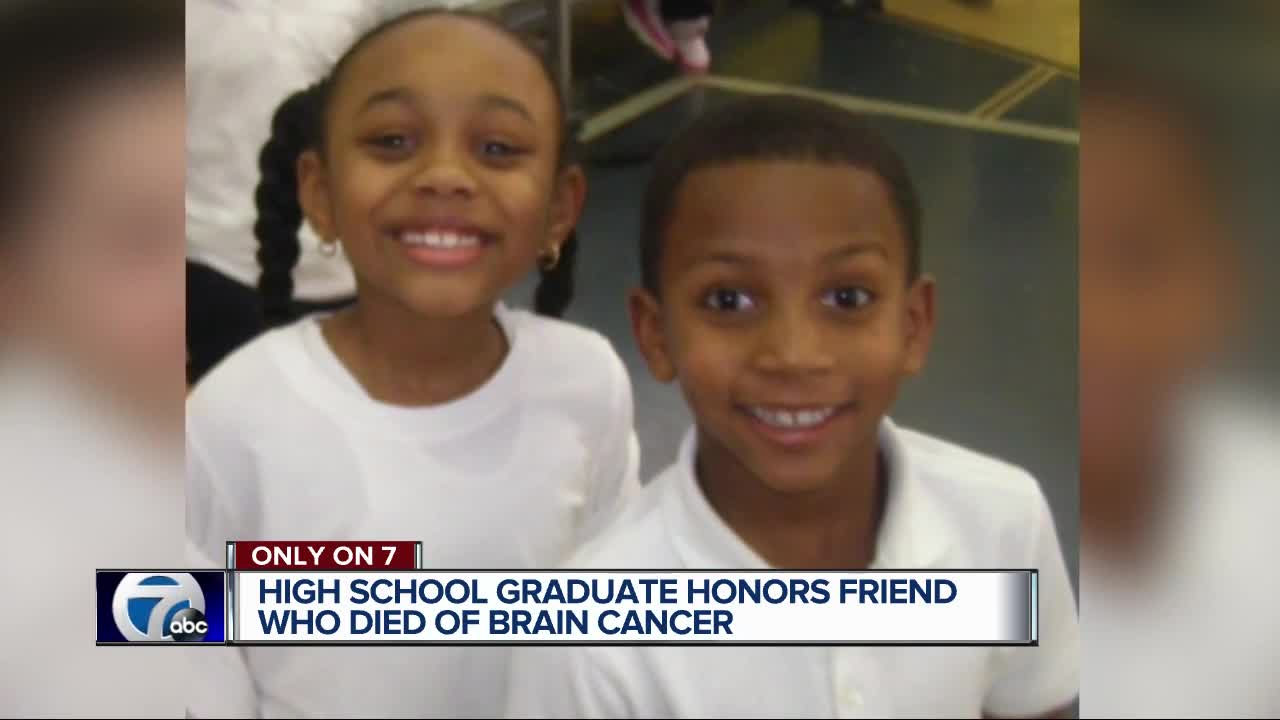 A local high school graduate is honoring his late friend after she passed away of brain cancer in 2012. The two did everything growing up and all the way to her death. 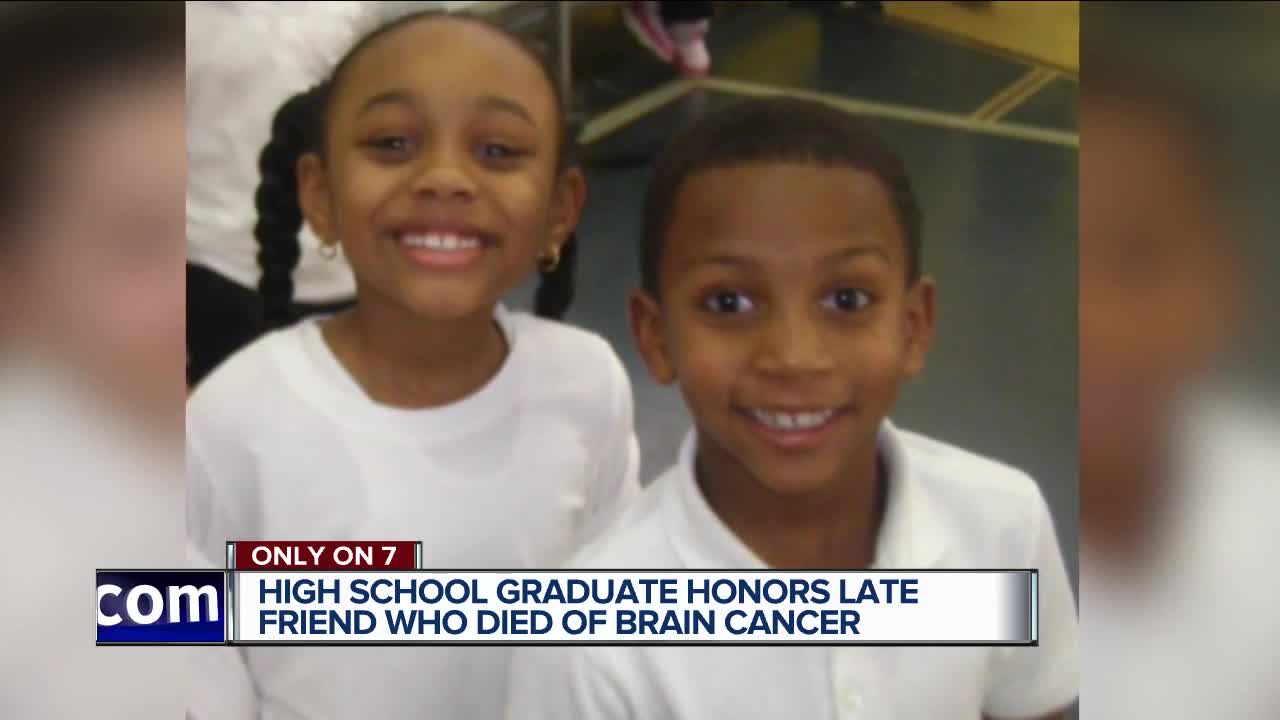 DETROIT (WXYZ) — A local high school graduate is honoring his late friend after she passed away of brain cancer in 2012. The two did everything growing up and all the way to her death.

Right now graduation parties are happening all over Michigan, as high school graduates close one chapter and move onto another. However, at one graduation party, it’s not just about the next chapter but also remembering the past.

"I always believed she was going to pull through, so to hear that news just hurt me," James Ester said of his late friend Ananda.

Hundreds of students at Cass Tech walked across the stage to receive their diploma, including James Ester, who honored a late friend.

James Ester and Ananda “Diamond” Bell were the best of friends. They met in kindergarten at Bates Academy and were inseparable ever since.

In 2010, Ananda was diagnosed with brain cancer. After a long hard-fought battle, she passed away on February 24, 2012, just one month shy of her 11th birthday.

"He would always come see her and just to see that expression on his face when his mom said she’s gone, it was just like 'wow,' and just to know he still cares this much about her," Miller said.

James stayed by her side all the way to the end. He even had a blanket made and engraved the nickname 'Marshmallow' on it.

"Well, marshmallows were my favorite thing, and that was my best friend," Ester said.

The two had so many hopes and dreams they shared together. So, as James walked across the stage to receive his diploma, memories of Ananda were nearby –a collage of pictures on his cap. He even has her name tattooed across his heart.

"It just says 'Rest In Peace Ananda' with a prayer and some clouds in the background," Ester said.

It’s a never-ending love between two people. Even though Ananda isn’t here, James says her spirit is, and their never ending bond will live on forever.

"We were always supposed to do everything together, we wanted to go to the same high school, same college. So just being here without her is definitely hard but she’ll always be here with me," Ester said.

James got a full ride scholarship to Northern Illinois where he will play football and study Communications.