A school staff member has been fired for sending inappropriate messages to a student, according to a letter mailed to parents at Voyageur College Prep H.S. in southwest Detroit.

Parents tell us they were upset to hear the news.

7 Action News has learned the inappropriate behavior dates back several weeks, but the letter to parents stopped short of naming the staff member, or explaining what sites were used.

The school also didn't reference the gender of the staff member nor student, nor how they found out.

In part of a statement to 7 Action News, the CEO of Promise Schools says:

The school says they also contacted Detroit Police, however they too did not find evidence of any criminal activity.

Read the school's letter below: 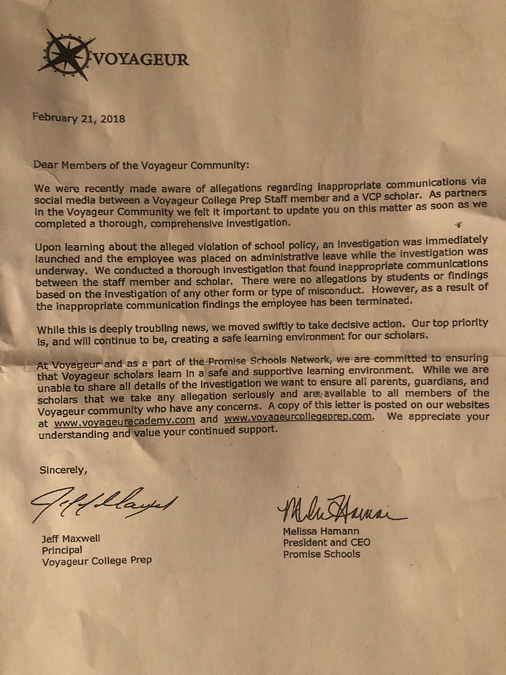