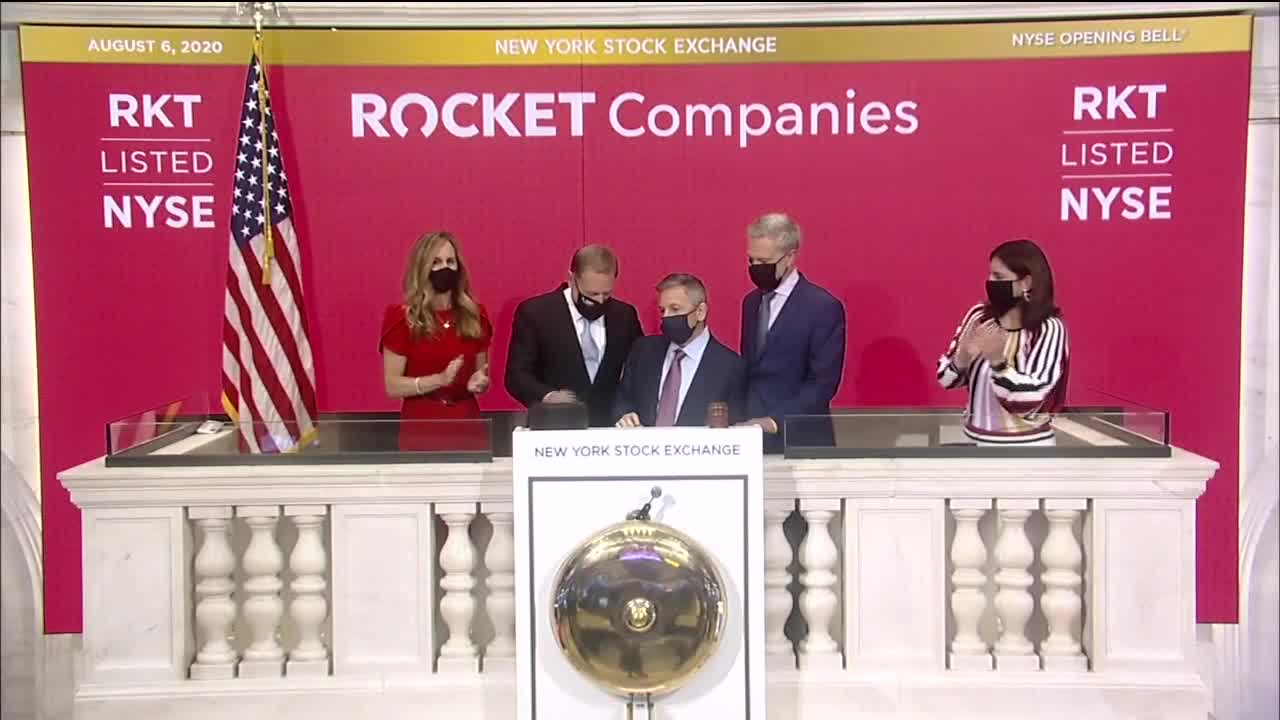 Billionaire developer Dan Gilbert rang the opening bell at the New York Stock Exchange this morning as his Rocket Companies IPO hit the market at $18 a share. During the day the price went up to $22.76 and closed at $21.51.

Gilbert told CNBC he can now make thousands of employees shareholders and grow his holdings with the capital to buy more so-called FinTech companies.

Just about anywhere you look downtown you will see a Dan Gilbert Development. He owns more than 100 buildings in Detroit and is building the new skyscraper at the old Hudson’s site.

He also ended the Wayne County failed jail project building a new jail and courthouse up the road in exchange for the prime land that will be home to a new University of Michigan Center for Innovation, hotel, and conference center.

The IPO was scaled back in price and the number of shares but will still raise $1.8 billion. With different levels of stock, Gilbert will control more than 70%.

Published reports also put Gilbert’s net worth at $30 billion and make him one of the 40th richest people in the world.