Details for third annual Detroit Homecoming to be announced Monday 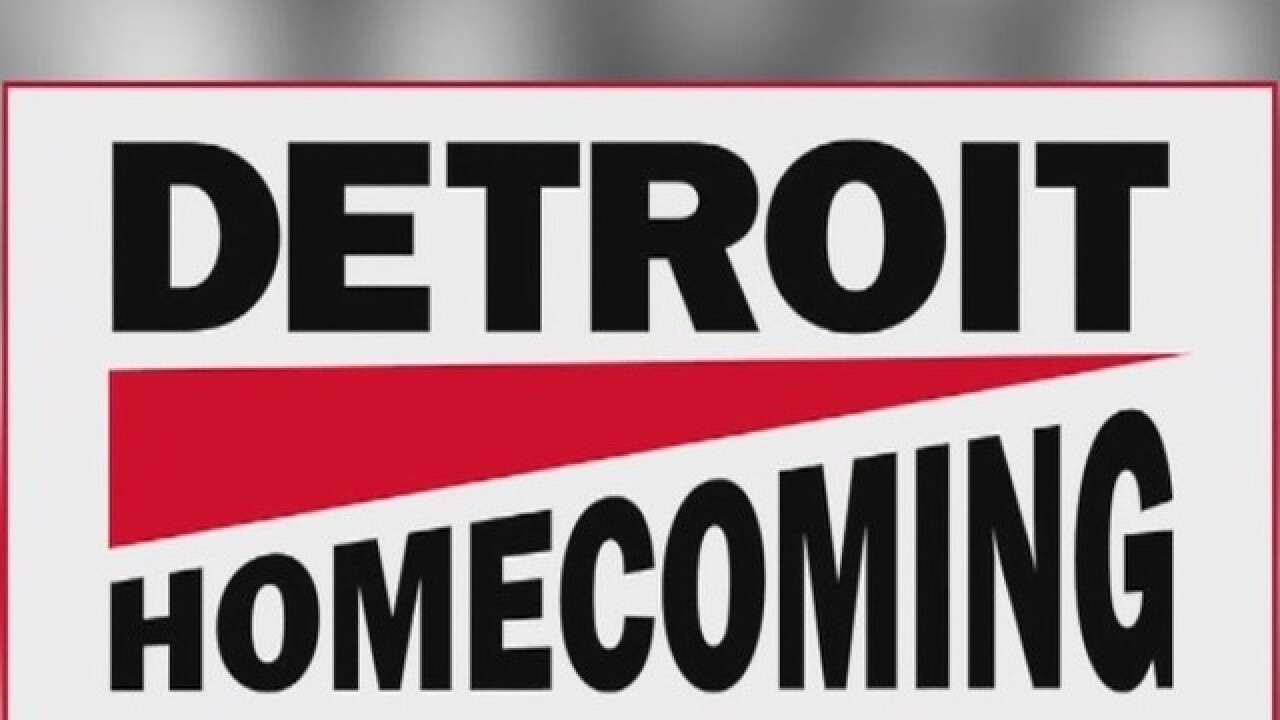 Details for the third annual Detroit Homecoming event are expected to be announced at a press conference on Monday morning.

Detroit Mayor Mike Duggan will be joined by five other leaders from Detroit for the September event.

In the past, Detroit Homecoming has brought more than 300 of the most successful and influential alumni back home to Detroit. That has resulted in more than $260 million in investments.

Detroit expatriate Shawn Ward, who is the founder and CEO Ward & Fifth and principal, Williamson Goods is also expected to make a major announcement involving his commitment to the city.

WXYZ plans to stream the news conference beginning at 9:30 a.m.