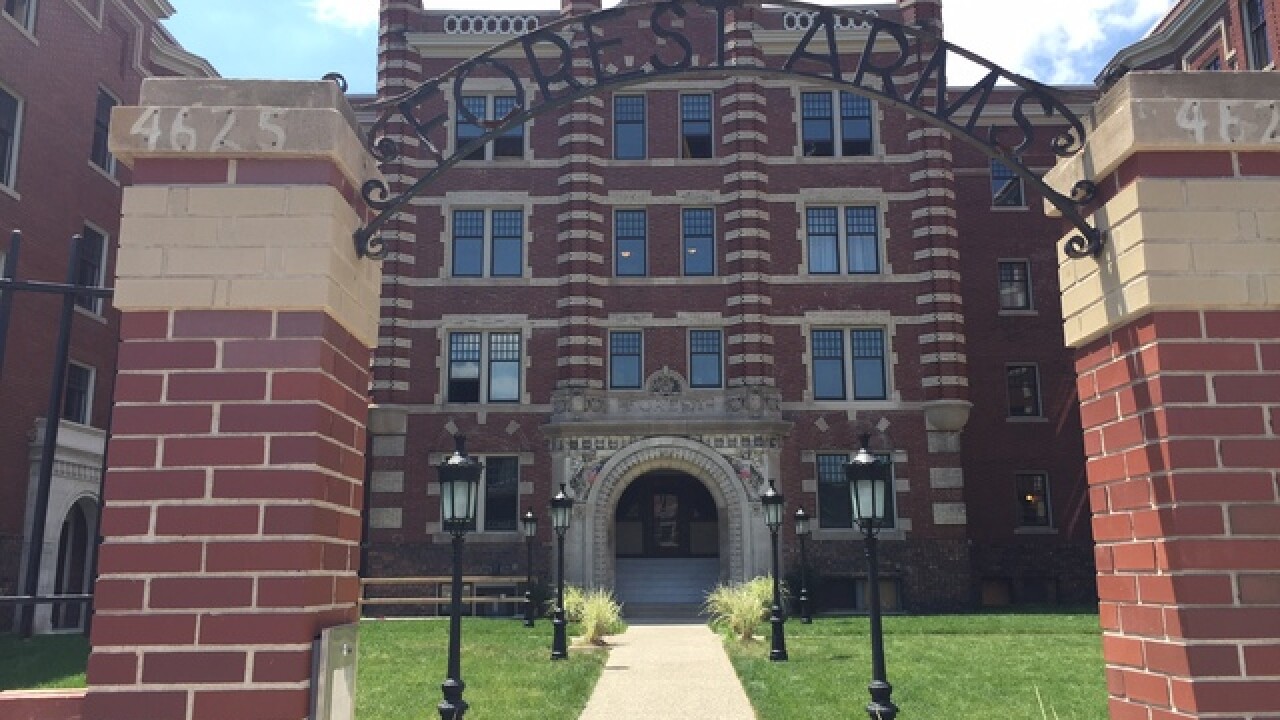 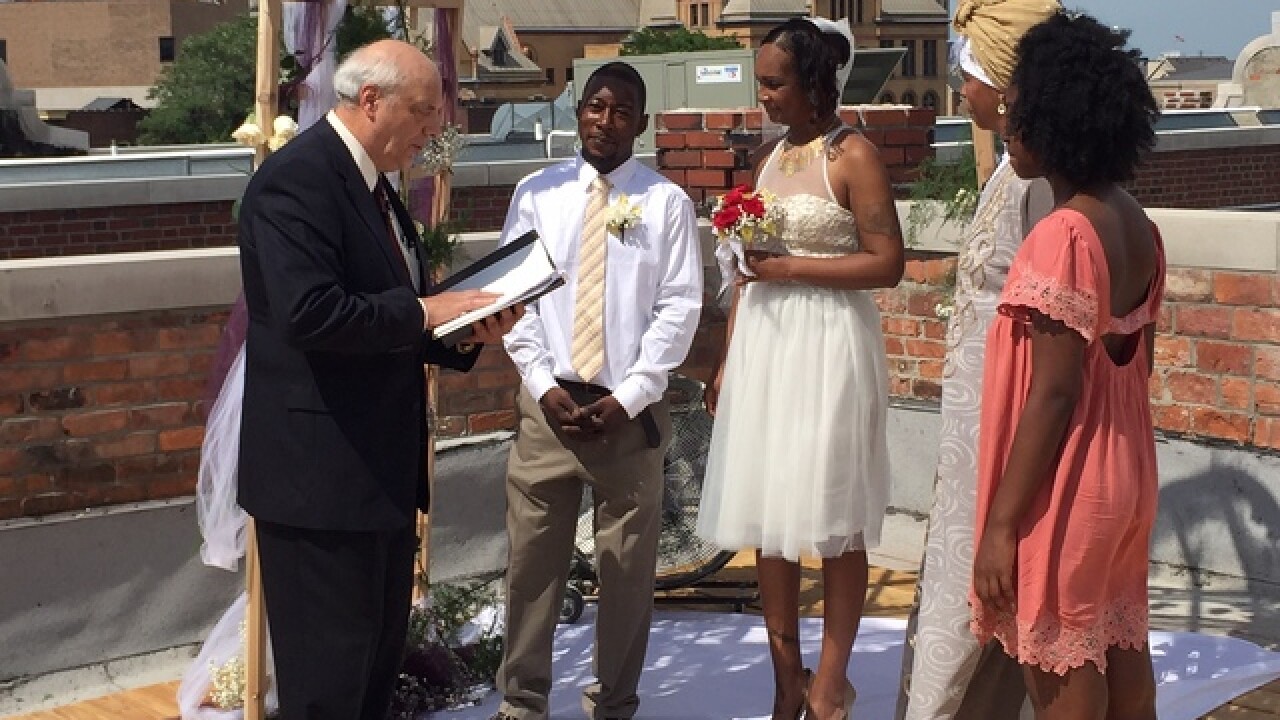 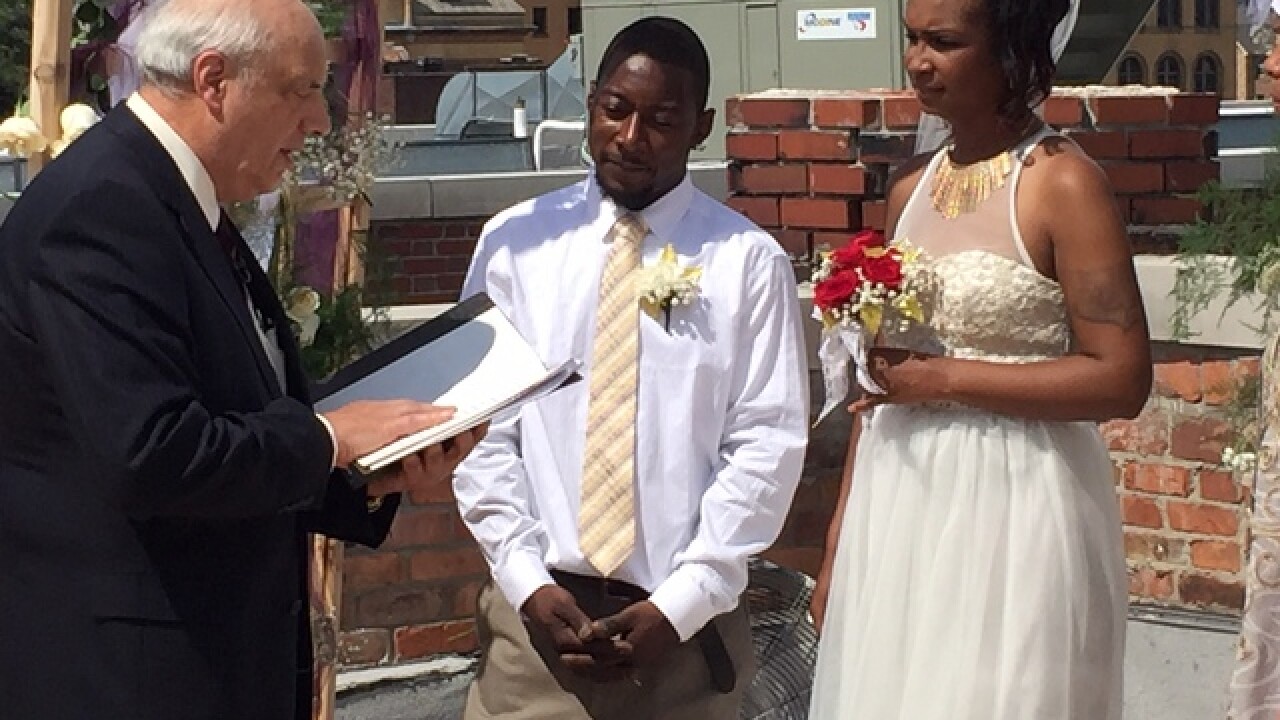 A wedding day is always memorable and a unique setting made the day even more special for a couple from Detroit.

Wednesday afternoon was a beautiful afternoon to say, "I do," and for Thomas and Khadijah Underwood, the nuptial vows took place on the rooftop of the Forest Arms apartment building in Midtown.

The suggestion of the rooftop for the ceremony was suggested by a co-worker.

Underwood spent the last two years on the construction team that has worked to rebuild and restore the historic building.

The building, located on Second Avenue near the Wayne State University campus, was heavily damaged by fire in February 2008.

Retired Judge William Giovan performed the brief ceremony, which was attended by family, some friends and a number of Underwood's co-workers on the project.