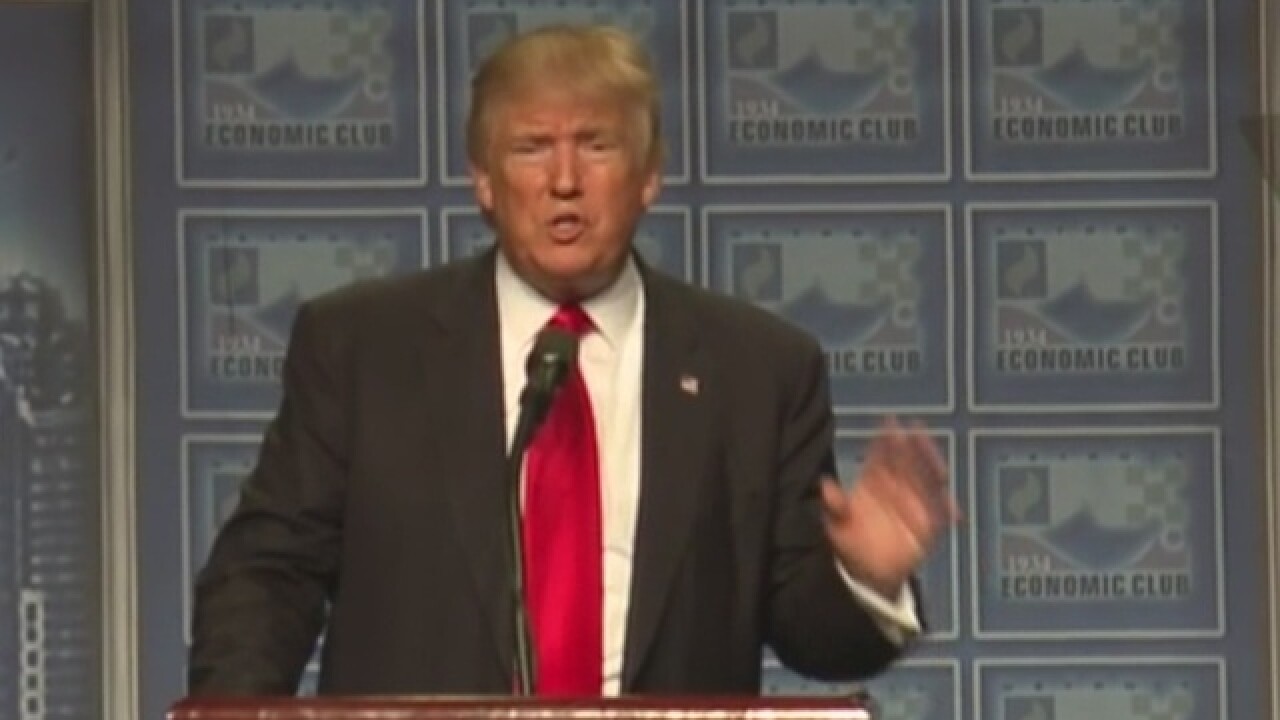 Anyone who watched Donald Trump speak to the Detroit Economic Club on Monday noticed them. Whether you were there inside Cobo Center, watching online or on TV, it was impossible to ignore the protesters who disrupted the presidential candidate's policy speech on multiple occasions.

By our count, law enforcement and security personnel removed 14 people from the event.

But where did they come from? How did they get inside a private meeting of the city's Econ Club?

Today, the group's president and CEO explained it in a letter to members.

In her letter to members of the Detroit Economic Club, Chappell said that man claimed to work for a company that had fired him two years before. He brought twenty guests, she said.

"Detroit was in the international spotlight yesterday and a knucklehead disrupts an historic speech? This is not reflective of our Club or our City," the letter states.

It was an honor yesterday to carry out the Club’s longstanding tradition of hosting presidential candidates as Republican Nominee Donald J. Trump chose the DEC to unveil his national economic plan.  Republican Vice-Presidential Nominee Governor Mike Pence made a surprise appearance to introduce Mr. Trump, much to the delight of our members and their guests. Daughter Ivanka Trump was in the front row and received a warm welcome from attendees.

The audience was engaged and Mr. Trump was engaging. He began to thoughtfully and enthusiastically outline his economic policy proposals to the 1500 attendees.  Shortly afterwards, the heckling began.

The speech was interrupted by more than a dozen hecklers in what we now know was an orchestrated effort designed to disrupt the meeting. DEC meetings are private, much as a company business meeting or a family event.  You would not tolerate this behavior, nor did we.

The U.S. Secret Service, Detroit Police Department and Cobo security were masterful in their ability to swiftly and efficiently remove the trouble-makers.  DEC members and guests made sure their applause drowned out the unacceptable interruptions.  Many thanks to all for not tolerating their offensive behavior.  You rock!!

We have sent apologies to the Trump campaign and are taking steps to ensure this does not happen again.

How did this happen?

A misguided 23-year-old man fraudulently bought a new membership and invited female guests to do his dirty work, including a former Michigan state rep. New memberships were reviewed during the hectic few days leading up to the Trump meeting. His 20 guests could have raised a flag but did not since he purchased the membership under the name of a very reputable company. Turns out the perpetrator was let go from the firm two years ago. Important lesson learned.

We respect the right of free speech and the right to protest, but in an appropriate way and not inside a DEC meeting. Detroit was in the international spotlight yesterday and a knucklehead disrupts an historic speech? This is not reflective of our Club or our City.

To be clear, while DEC meetings are private, we open our programs to the world through registered journalists who regularly attend every DEC meeting.  Yesterday we were host to 150 journalists from around the country.  Many outlets carried the meeting live so the world could be in the room with us.

We look forward to an exciting fall season at the DEC!  Among the other luminaries at the DEC podium, we hope Secretary Clinton will accept our open invitation before the November election.

Thank you for your support of the Detroit Economic Club.