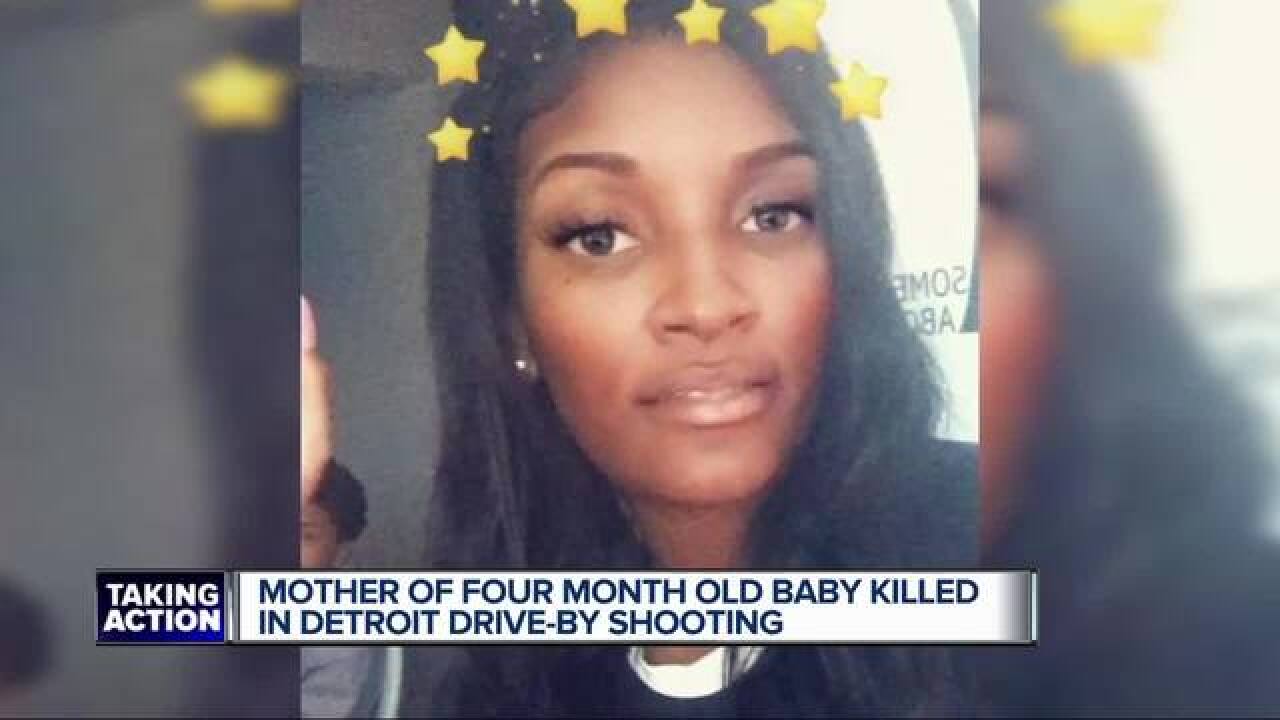 A Detroit family is mourning the loss of their 20-year-old daughter who was killed in a drive-by shooting Saturday night.

Alexis Walker was a new mother to a four-month-old baby boy. Walker and friends were gathered at Ferry Park and 14th around 11:30 on Saturday night when a blue Buick passed by and the drivers shot out the window.

Walker was hit in the head and killed. Three others were injured but are expected to be okay.

“Through everybody’s prayers and all this outpouring of love for her, it’s keeping me grounded for now,” said Walker’s father, Errik Nelson. “I’ll have time to grieve later.”

Nelson said not only does his grandchild not have a mother, but the baby’s father and Walker’s boyfriend was also murdered about three months ago.

“He died violently,” Nelson said. “He died of multiple gunshots; she died of a gunshot wound to the head. I don’t have words to describe that.”

Detroit Police don’t have any suspects yet in Walker's murder, but Nelson has a message for those who pulled the trigger.

If you would like to help out Walker's family with funeral costs you can through this link to their GoFundMe account.