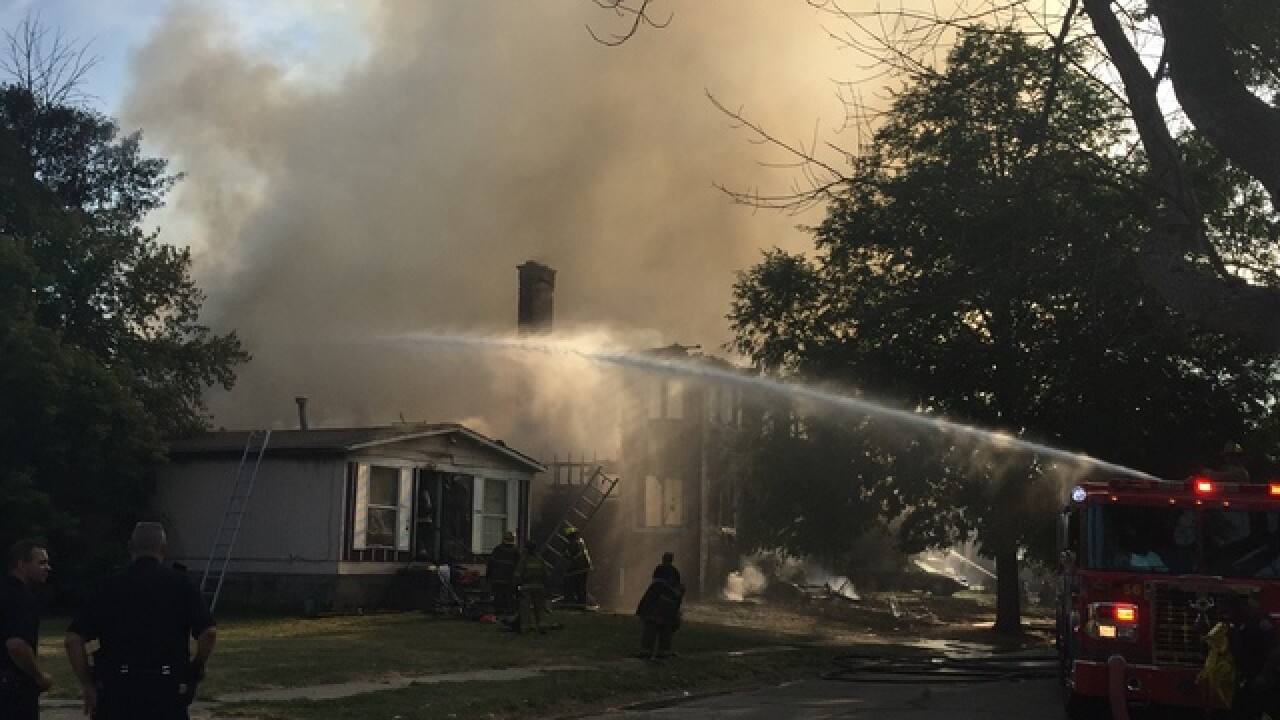 Three Detroit homes have been destroyed by a large fire that could be seen for miles around.

Afternoon commuters on both I-75 and Woodward could see plumes of smoke from the blaze.

The homes are located near John R and Margaret Street, just east of Woodward, between 7 Mile and McNichols. Flames spread quickly from one home to the other. In all three homes have caught fire.

Images from Chopper 7 show debris strewn in front of the largest of the two homes. People living in the home next door tell 7 Action News they heard some sort of explosion.

Groves and his brother were sitting at the kitchen table when they heard the loud explosion. They jumped out the back window and then watched as the fire spread to their own home.

"Now the house we lived in is all burned up too, it's like what are we going to do now," said Groves.

Groves' neighbor is in the hospital and fire officials were not sure of his condition.

Fire officials told 7 Action News that they are investigating the possibility of a gas explosion.

"Well we are thinking that's what it is, but we haven't confirmed it and we are not sure right now," said Senior Fire Chief, Jack Wiley with the Detroit Fire Department.

Three firefighters were treated on the scene for heat exhaustion, but went back to work afterward.

"All the guys are good, they should be ok after they get some water and probably get a little oxygen in them," said Wiley.

It will be up to fire investigators to determine the official cause of the fire.