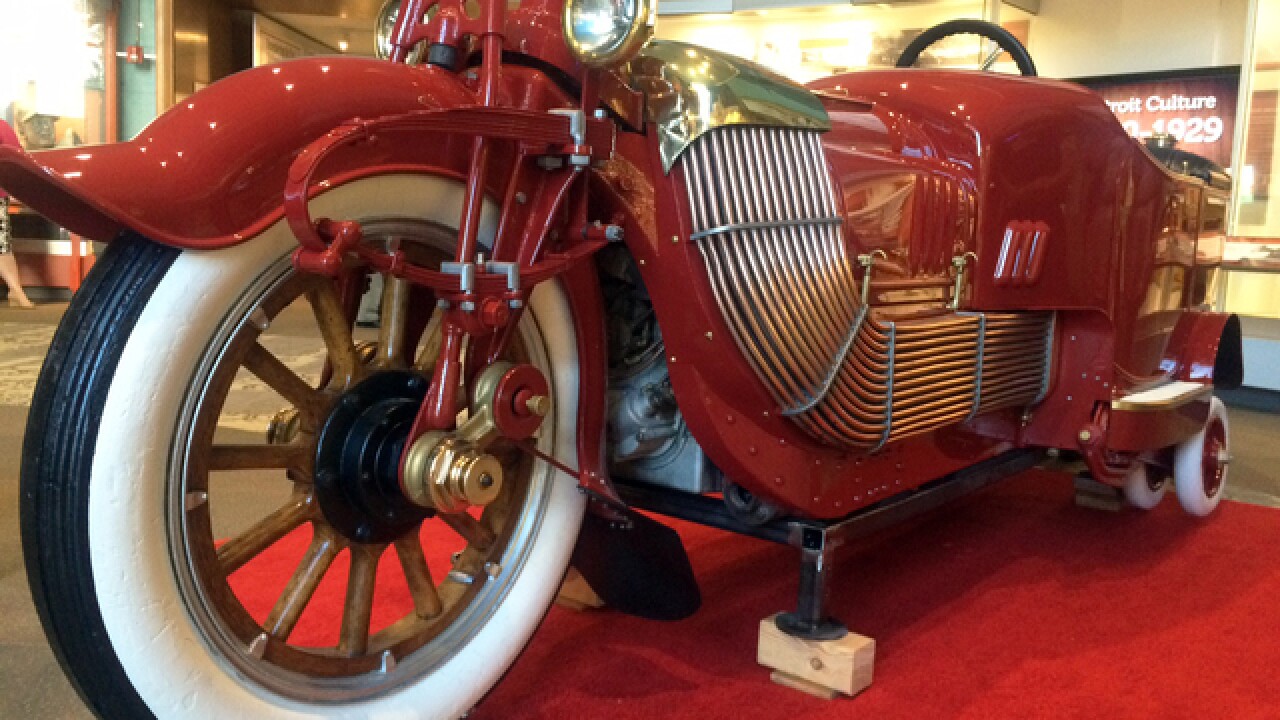 Visitors at the Detroit Historical Museum will notice a new vehicle on display at the Automotive Showplace exhibit.

The 1913 Bi-Autogo was branded as the world's first "motorcycle-car." It was also the first Detroit vehicle built with a V-8 engine, according to the museum website.

Designed by James Scripps Booth, the Bi-Autogo was not developed for general sale, but instead designed as  a machine for the an auto show in New York in 1912. It weighs 3,200 pounds and has 45 horsepower.

"The weight of the engine and frame made it necessary to attach side wheels for balance. The smaller wheels are retractable but could only be raised manually," the museum website said. "The large front wheel and front-end design also made it difficult to steer the vehicle, so Mr. Booth decided that a re-design was necessary."

According to the website, the Bi-Autogo was abandoned even though orders were coming in from all over the world.