Detroit Homecoming V kicks off Sept. 12 with 'Detroit Made' theme 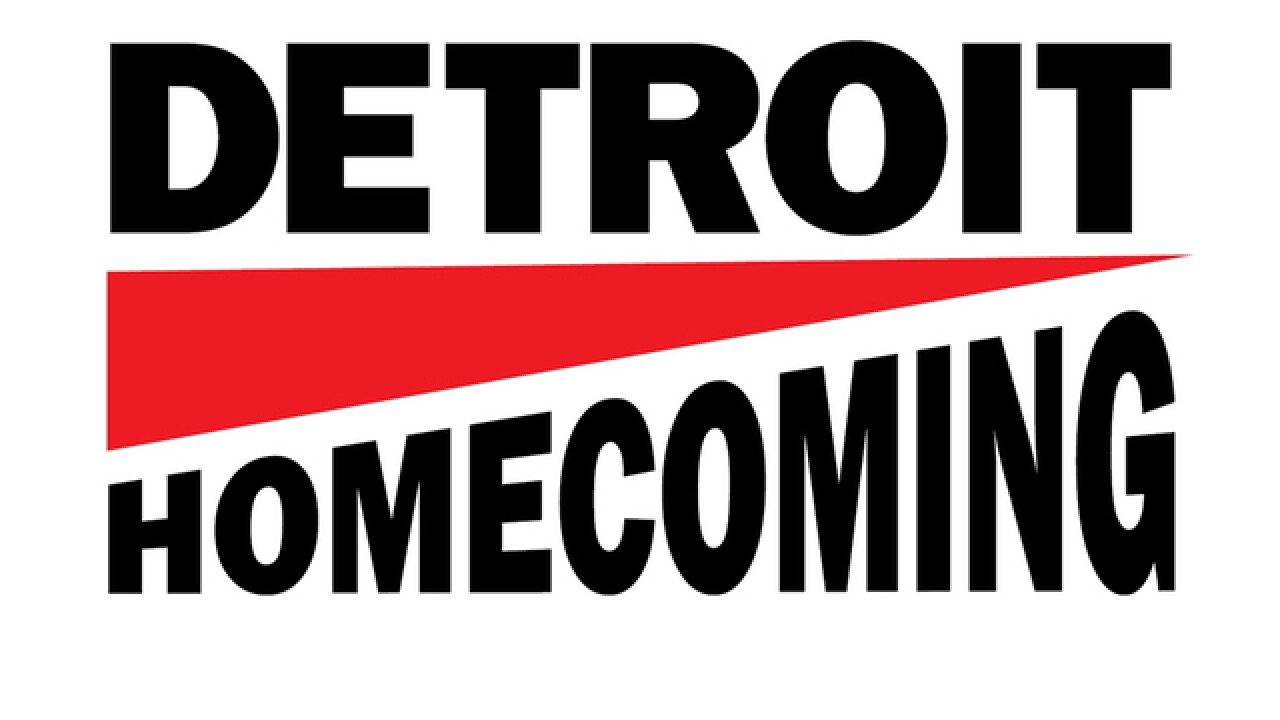 The fifth edition of Detroit Homecoming will kick off on Wednesday, Sept. 12 with Ford Executive Chairman Bill Ford and Detroit Mayor Mike Duggan. The kick-off will include a conversation about Ford's plans for Corktown and the Detroit Train Station.

On top of that, the theme for Detroit Homecoming V will be "Detroit Made" with a day focused on homegrown entrepreneurs and an evening program where Detroit "expat" guests will fan out for dinners in private homes throughout the city.

"Last year, Homecoming IV was the first event in Michigan Central Station in 30 years," said Detroit Homecoming Founder Jim Hayes. "Fast forward one year and the building is now owned by Ford Motor Company as part of its plans to help shape the future of transportation by creating a mobility innovation hub in Corktown.  We look forward to having Bill share his vision for this exciting initiative."

The event brings back some fo the city's most successful expats, from CEOS to entrepreneurs, so they can re-connect and re-invest in the city.

"This is the fifth anniversary of Detroit Homecoming," said Director Mary Kramer.  "What was originally envisioned as a three-year initiative to help a battered Detroit emerge from bankruptcy by re-engaging Detroit-area expats in its revitalization, Homecoming has become a movement that has produced well over $300 million in new investment and nonprofit contributions in the city. Our goal continues to be to have the expats fall in love with their hometown all over again and find ways to re-engage and reinvest."

New editions this year include a Motor City MashUp which will introduce 32 small businesses to the expats at the Lexus Velodrome  and a "House Party" that will open up 15 homes in the city to the group so they can meet Detroiters and experience the neighborhoods.

"Homecoming continues to attract some of Detroit's most accomplished alumni who haven't forgotten their roots, and we've seen incredible results," said Mayor Mike Duggan. "The impact of this event on our city is clear, from the launch of Wendy Hilliard's youth gymnastics program in Northwest Detroit, to Ford's revitalization of Michigan Central Station and many other investments over the last four years. I look forward to seeing what exciting projects this year's event will bring to our city."