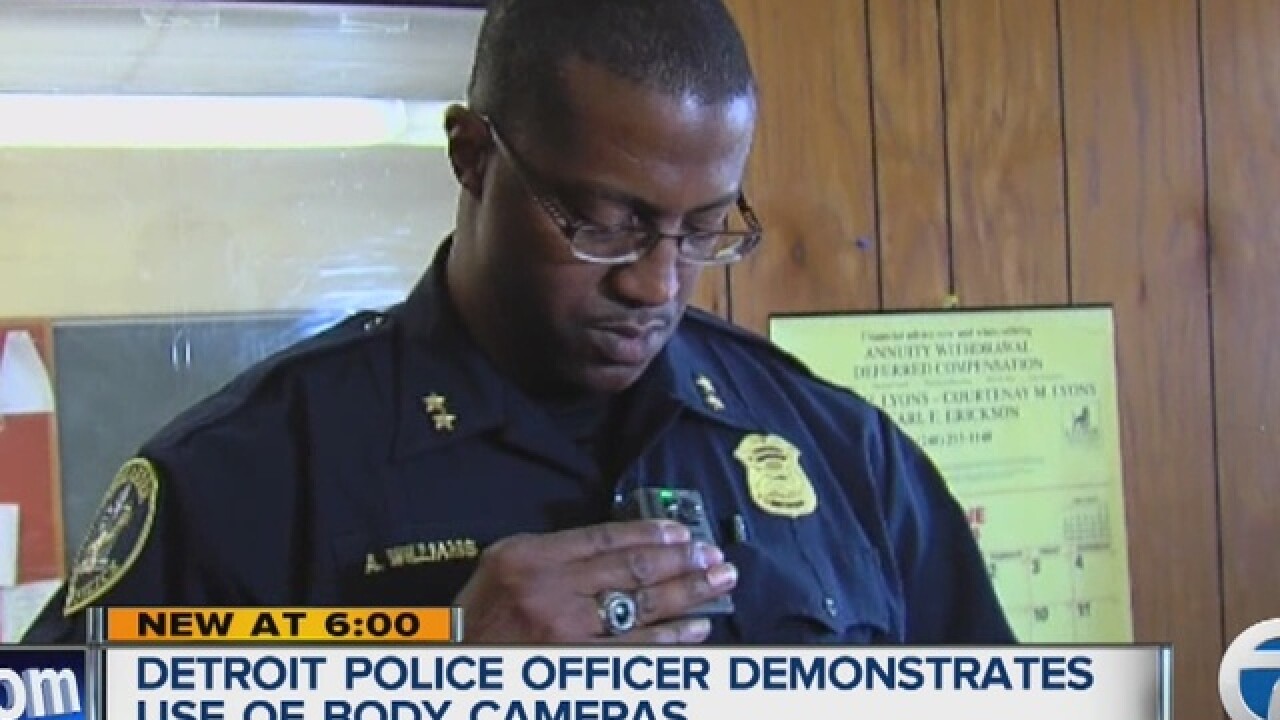 This marks the beginning of its 60-day "risk mitigation" phase. They're using a total of 50 cameras for now. For the next two months, they'll see how it goes before they're used department wide.

"We want to make sure that we protect our officers from false allegations certainly, and protect our community during stops," Detroit Police Chief James Craig said. "Just an added enhancement of transparency. It has certainly worked well in other places."

The goal is to have the body cameras ultimately integrated with patrol car cameras so they turn on when the patrol car reaches excessive speeds, turns on its lights or is involved in a crash.

For now, Detroit police say the cameras will be turned on manually and only in certain situations.

"Only when they're on a traffic stop. Certainly there will be times when the camera won't be turned on, going into, say, a domestic situation into someone's home, investigation of a sexual assault," Craig said. "We certainly don't want to videotape that encounter, interviews with children, those things are prohibited."