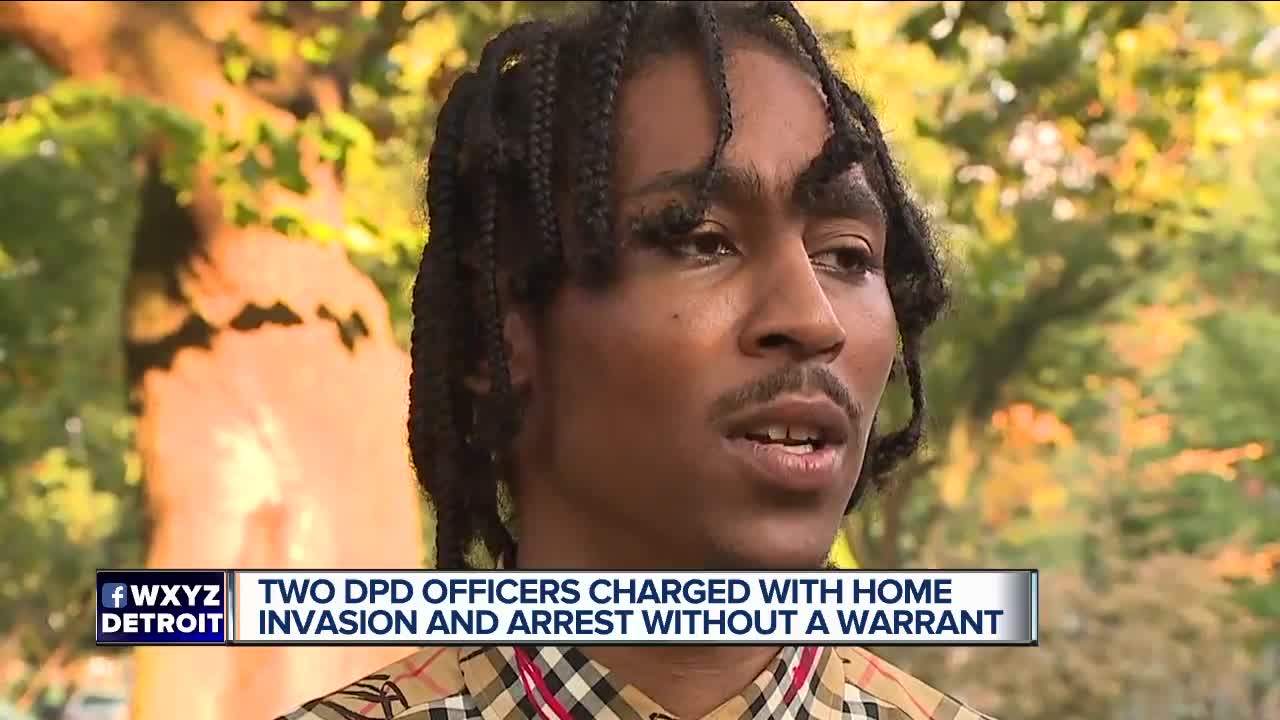 Two Detroit police officers have been charged with knocking down a door and making an arrest without a warrant. Prosecutors say the alleged home invasion happened back in January. The man arrested wants justice. 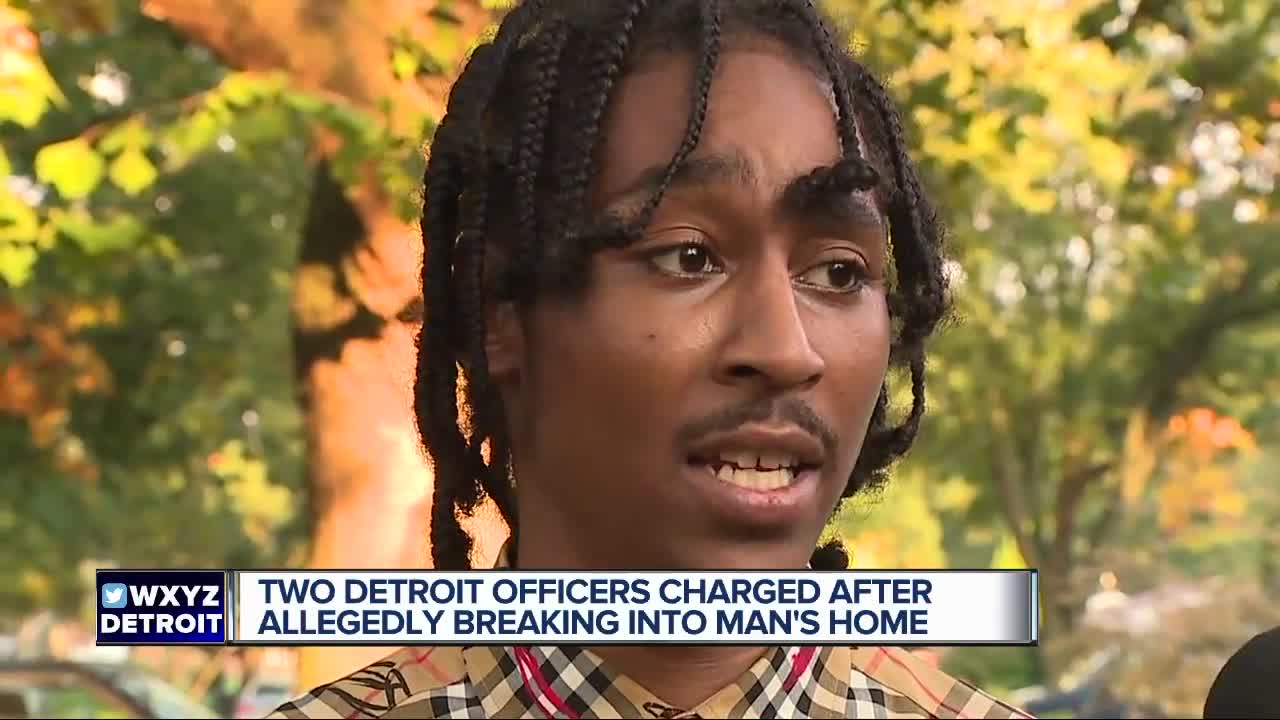 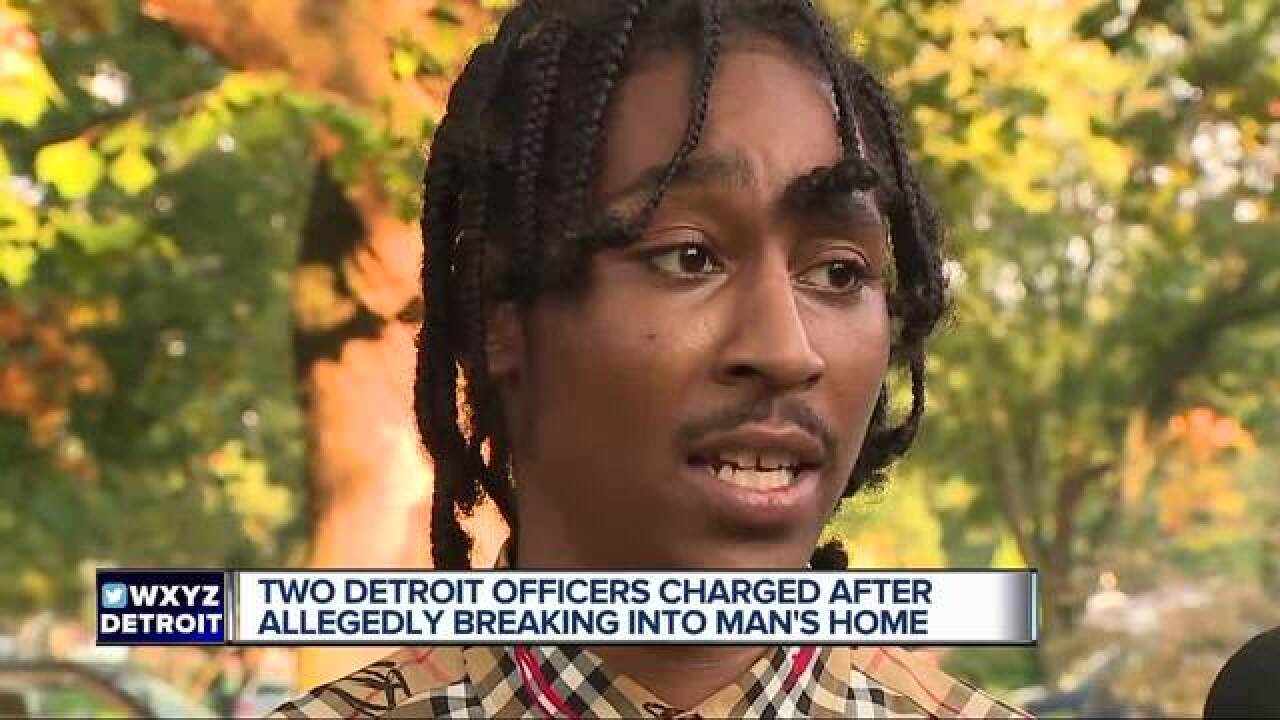 Two Detroit police officers have been charged with knocking down a door and making an arrest without a warrant.

Prosecutors say the alleged home invasion happened back in January.

Tashar Cornelius’s mother lives right across the street from the home on Pembroke and says the entire ordeal was traumatizing.

“Making a sandwich. And the police came to my house searching for a suspect,” is how Cornelius describes what he was doing.

Cornelius says he told officers the man they were looking for, wasn’t there, but they didn’t listen and forced themselves inside.

“They couldn't provide me with a valid search warrant,” he says. “They did not have my permission to enter my property. And they just, they forced their way - they kicked the door in and came right in.”

Prosecutors say the two officers who allegedly broke in are Sgt. Paul Glaza and Officer Bradley Clark, who was honored by then President Obama in 2012 for his role in stopping a gunman who attacked officers at the 6th Precinct.

Prosecutors allege the officers did not have an arrest warrant for the man they were looking for and instead arrested Cornelius after running his name, seeing he was a felon, and finding a Taser in the home.

“My mom stays across the street. She witnessed the whole thing. It kind of traumatized my family,” he says. “If I would've had a cell phone up to my ear they would've thought it was a gun. I would just let internal affairs and the city do their job, and I just want them to understand that they have to do things the right way, you know when you’re an officer you have to be an officer. And withheld the law to the fullest extent.”

Cornelius says he spent 36 hours in the county jail without being charged with anything before he was released.

The two officers have been suspended with pay for now.

Detroit police say they’ll be addressing the charges at a press conference tomorrow morning, as well as a case involving a double shooting on Seven Mile Road at Greenfield Road and a deadly car chase that ended on Chester Street.

If guilty the officers could each face up to 15 years in prison.