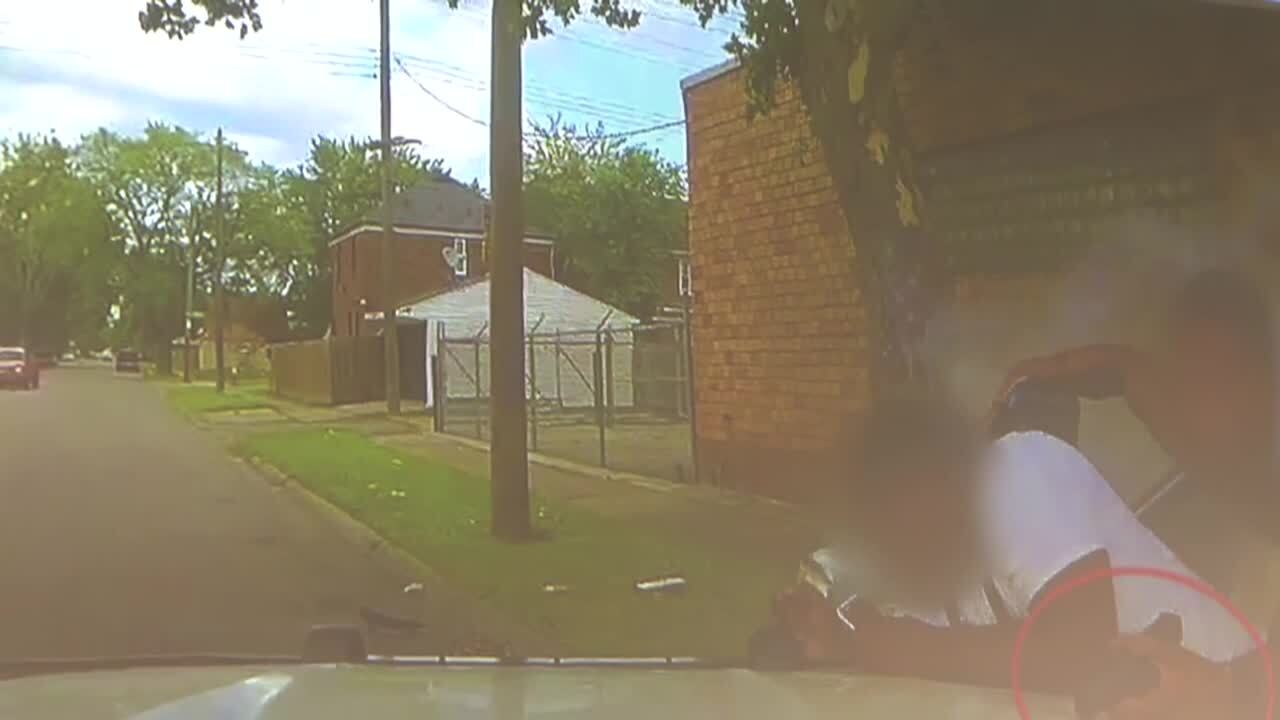 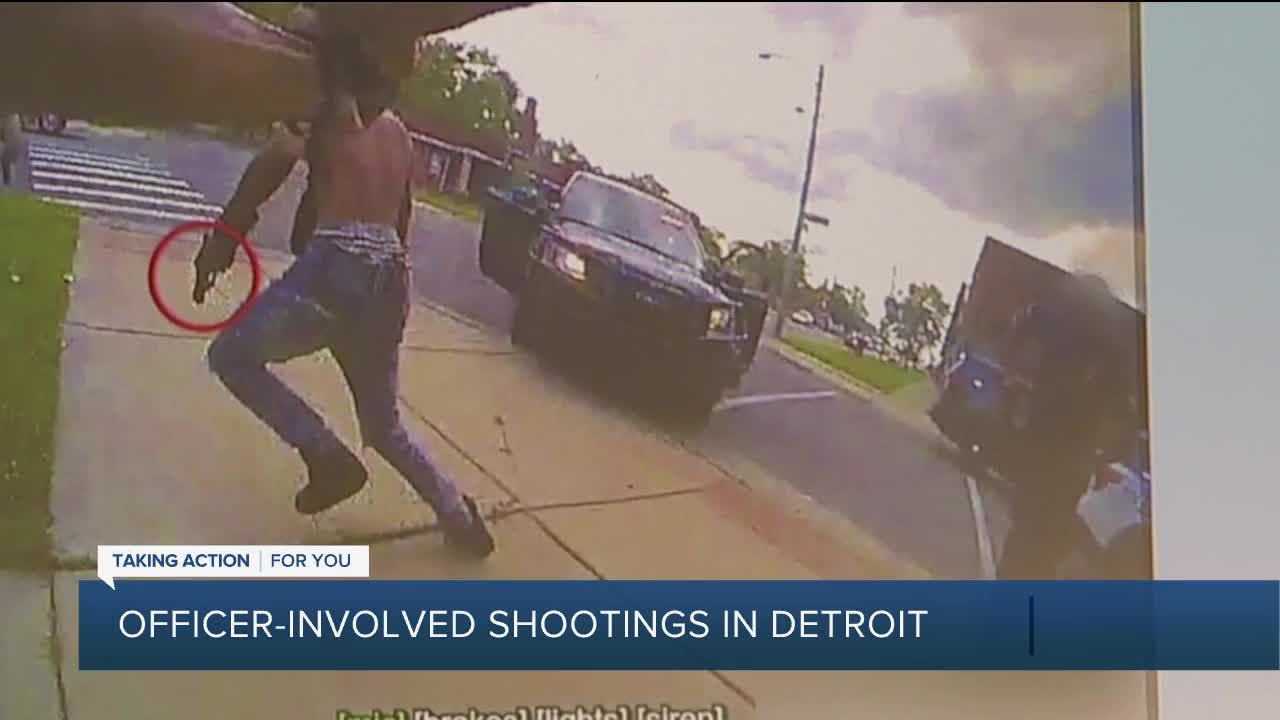 DETROIT (WXYZ) — Detroit Police Chief James Craig says he will continue to be transparent with police-involved shootings and anti-police tension on the street. He showed dashcam and bodycam videos of the fatal shooting of a suspect last Thursday. The man was wanted in the gang shooting of 4 teens back on July 19.

The videos show how officers were closing in on a car with 3 men inside. They ignore commands to stop and lead police on a ten-minute high-speed pursuit. The videos show how they almost crash with police a couple of times and almost hit an innocent person walking.

The getaway vehicle crashed into a tree and the 3 inside run in different directions. The videos show one had a gun in his hand and when he raised his arm to point the gun at an officer, another officer fires one shot hitting the suspect in the back and killing him. Chief Craig said, “the officer fired a single shot. That’s through discipline and training. And it’s not always that easy especially when you’re faced with a life-threatening situation.”

Chief Craig says Detroit Police have taken 537 illegal guns off the streets since June 22 and made 473 arrests for concealed carry without a license. The Chief says there’s a toxic mix of criminal history, gang and gun history with no bond, low bond and COVID-19 early releases from custody.

The third officer-involved shooting happened last night on the west side at Grand River and Wyoming.

Police were closing in on a drug dealer who had been seen making hand to hand trades in a gas station and had a gun in his waistband.

The Chief says the body cam video shows the officer saying drop the gun before shooting. In that case, the 27-year-old man was not killed and the case remains open. That video was not shown by the Chief.