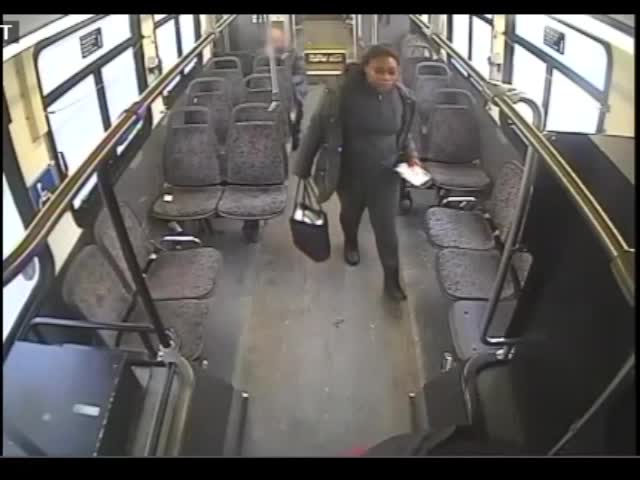 Detroit police are asking for the public's help to find a woman who was caught on video assaulting a DDOT bus driver.

DETROIT (WXYZ) — Detroit police are asking for the public's help to find a woman who was caught on video assaulting a DDOT bus driver.

The incident happened on December 29, 2019 on bus that was traveling westbound on Mack Ave. in the area of Bewick.

Police say at around 4:15 p.m. the woman began throwing food at the driver. The woman can then be seen grabbing the driver and pulling her out of her seat.

The bus continues westbound on Mack, hitting an electrical box and a "One Way" street sign, before coming to a stop in a vacant lot at the corner of Mack and Bewick.

A passenger was able to briefly restrain the suspect. However, she was able to get out of the bus through a window and then ran southbound on Bewick between vacant houses on the north side of the street.

The suspect is described as a black female, also known as “Dee Dee”. She is 5’4’ and 165 lbs, with a medium complex. She was last seen wearing black shoes, black pants, black hooded sweater, and a green coat.

Anyone with information about the woman or where she is is asked to call the Detroit Police Department’s Fifth Precinct at 313-596-5540 or Crimes Stoppers at 1-800-Speak Up.