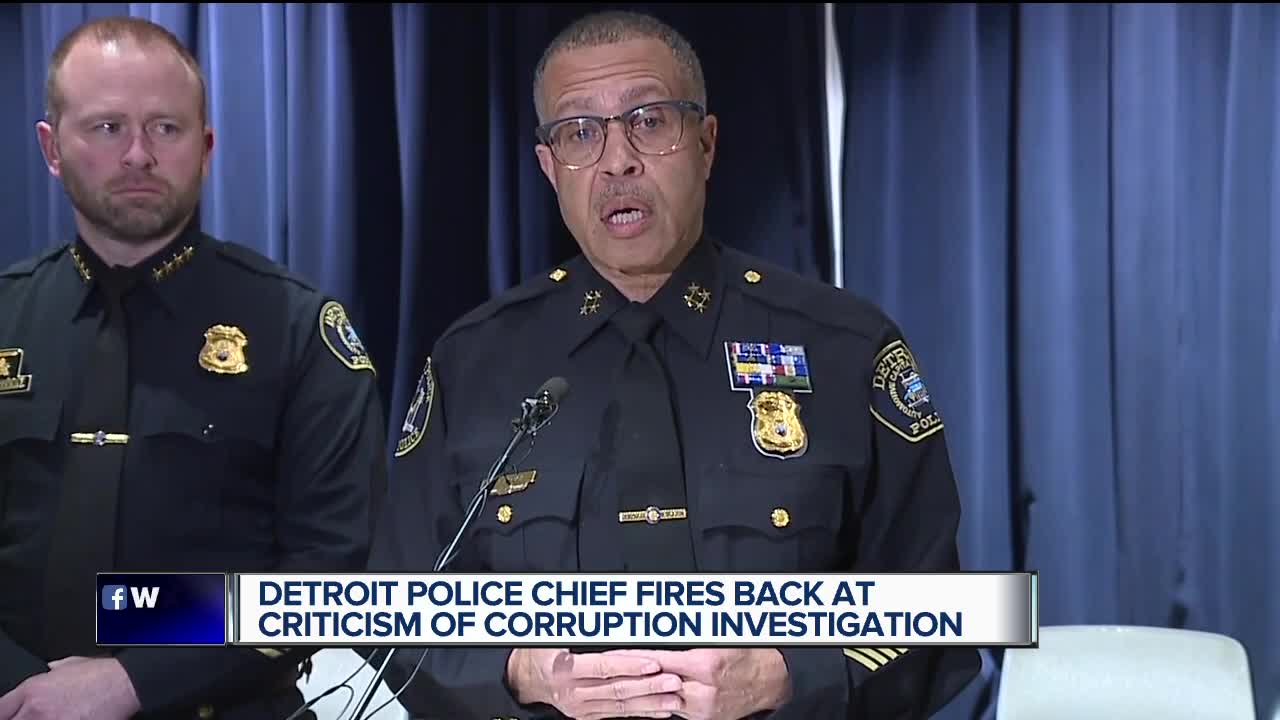 Detroit Police Chief James Craig is firing back at criticism of an investigation into corruption in the department.

DETROIT (WXYZ) — Detroit Police Chief James Craig is firing back at 7 community groups who are questioning DPD investigating narcotics officers who may be involved in deep corruption.

Chief Craig says they have 17 officers and agents involved from DPD, the FBI and Michigan State Police.

The investigation started in August when the feds indicted Detroit Police Officer Michael Mosley for corruption as a drug cop.

The investigation centers on shaking down drug dealers who were not busted, where are police supervisors, and using false information to get search warrants and convictions in as many as 12 drug cases.

A Detroit Police tipline was set up in December at 313-596-3190 and Chief Craig says they’ve gotten dozens of relevant tips.

He says this investigation will take months, but they will be charging as they go in either state or federal court.