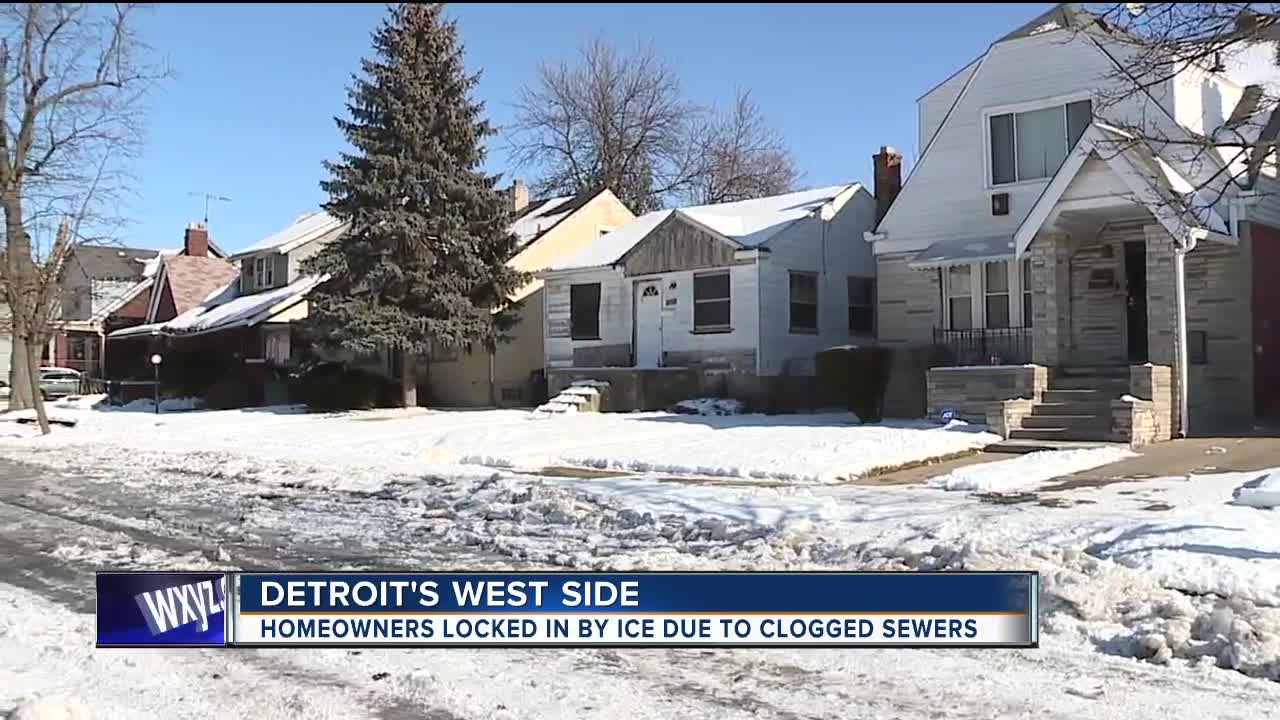 People living in one Detroit neighborhood called 7 Action News for help after the were trapped in their homes by ice.

DETROIT (WXYZ) — People who live on Quincy Street on Detroit’s northwest side say the problem started a week ago with heavy rain.

The sewers were clogged and the water created a lake that was up to their sidewalks.

They called the Detroit Water and Sewerage Department, but no one came. The water turned into thick ice with new snow on top of it over this weekend.

Her neighbor is Shirley Rawls. Shirley would have helped, but she had a heart valve replaced last February. She called channel 7 when the ice and trapped them into their own homes.

A snowplow went down the street and pushed the ice up higher.

We called the Mayor’s Office and even on this Martin Luther King holiday, a street crew got out there in an hour and a half.

They salted the street and used a front loader to pick up the ice and truck it away.