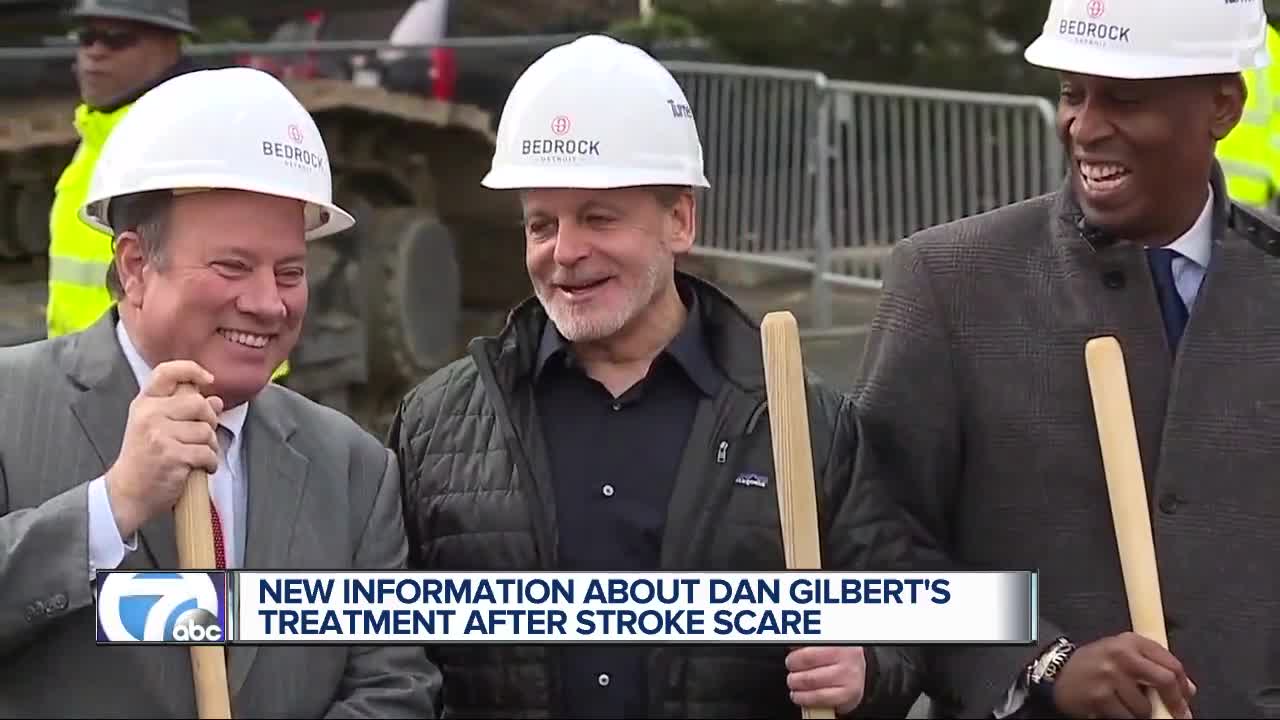 We’re learning more about billionaire Dan Gilbert’s condition after being treated for a stroke over the weekend.

DETROIT (WXYZ) — We’re learning more about billionaire Dan Gilbert’s condition after being treated for a stroke over the weekend.

Jay Farner, CEO of Quicken Loans says they are taking this day to day adding, “our mission is just to give him the time and space he needs to recover.”

Dr. Alex Chebl who is the head of the Henry Ford Hospital Stroke Center says given what information has been released, “I would actually call this a major stroke.”

He showed us a video demonstrating how a catheter is used in a stroke.

Gilbert is a billionaire, native Detroiter, helping to rebuild the city renovating and developing nearly a hundred buildings in downtown.

Dr. Chebl says, “Odds are he’s going to return to normal or nearly normal if the procedure was successful.”

The early signs of a stroke are in the acronym FAST:

It was reported Gilbert was in the hospital when the stroke hit.