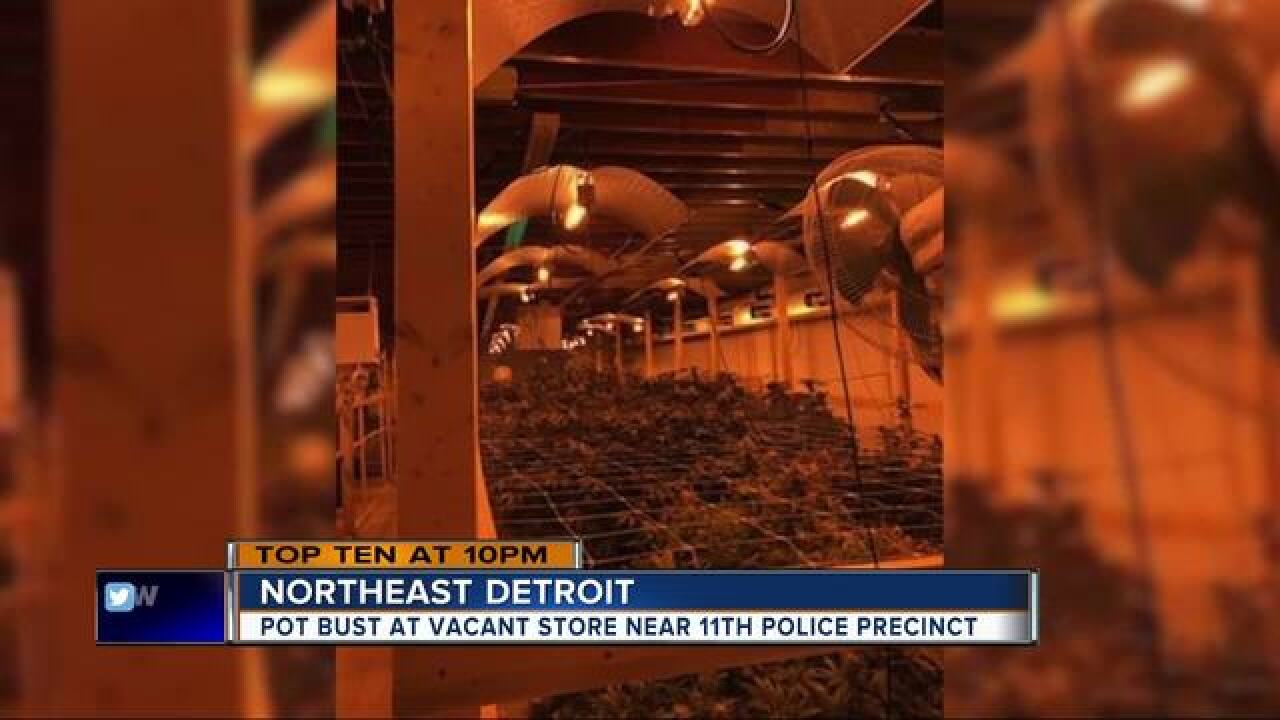 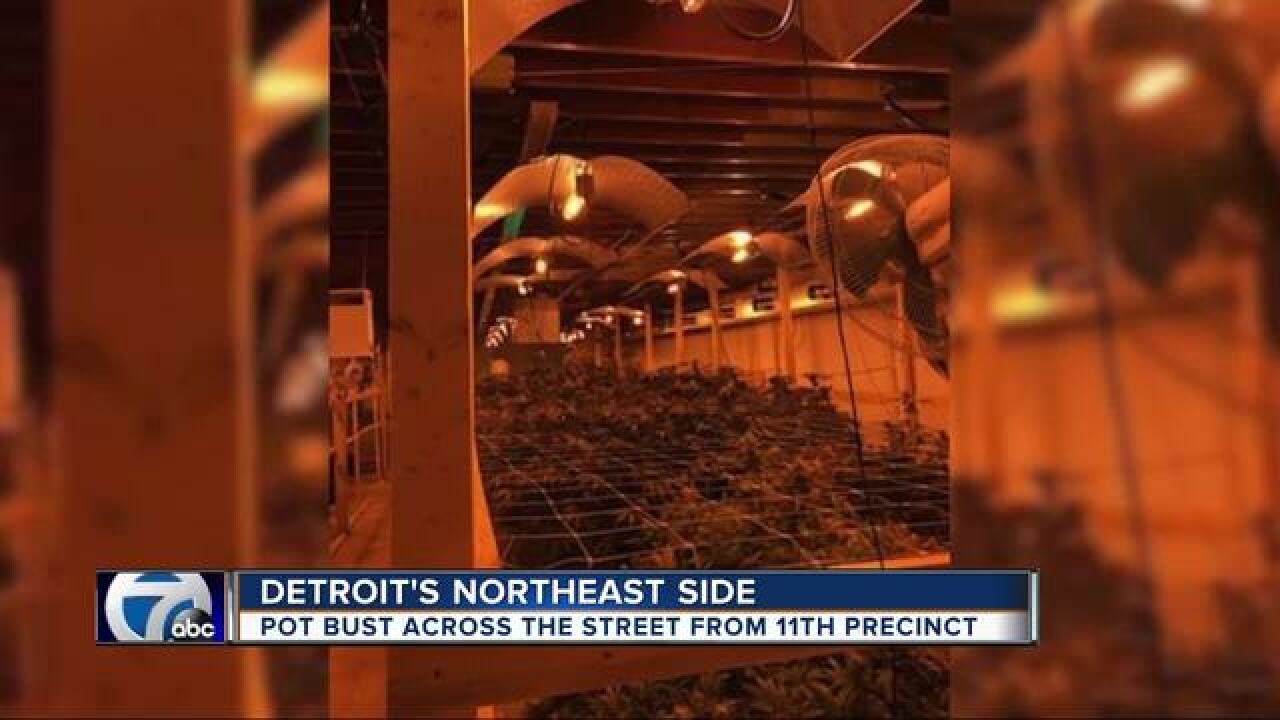 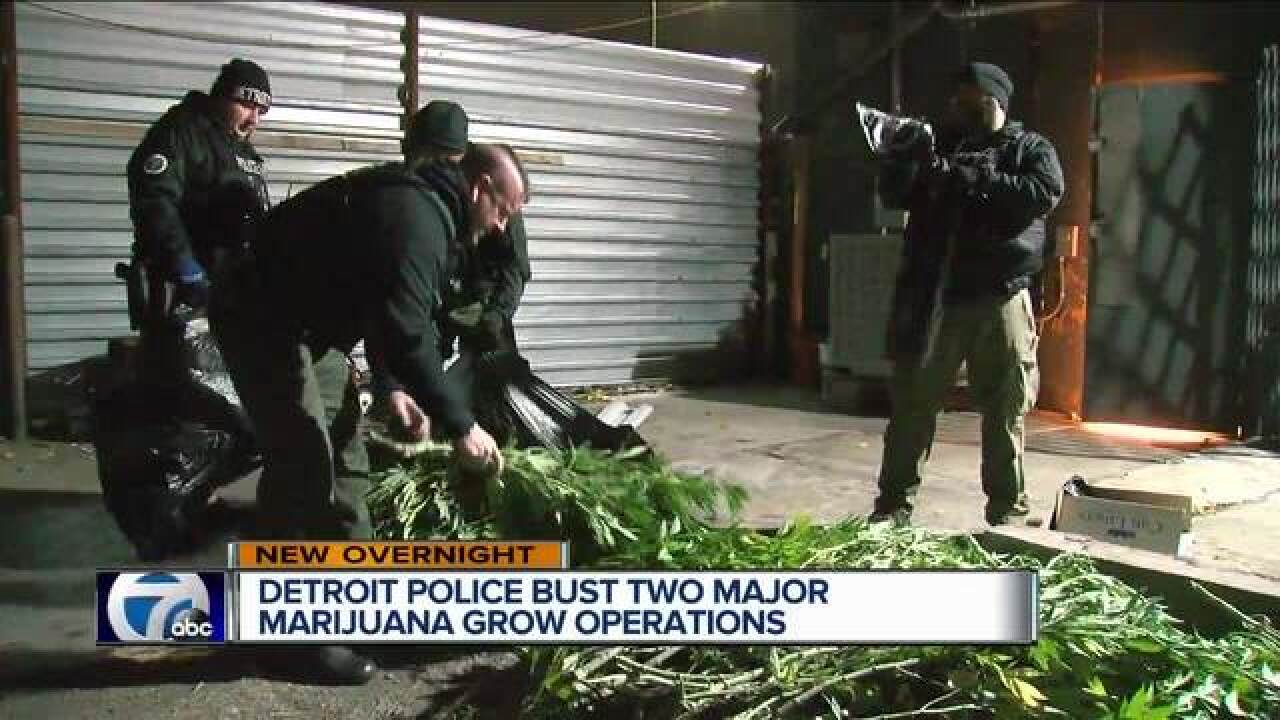 Police made two major drug busts in Detroit on Monday. For the first, officers whiffed out a marijuana grow operation at an abandoned liquor store, right across the street from the 11th precinct, a surprise to neighbors.

Most can’t believe marijuana was being harvested in the building.

“Wow, I did not know that was even happening over there. That’s crazy,” said Denita Freeman, who lives in the neighborhood with her children.

“It makes me paranoid and scared cause I have small kids and nephews,” said Freeman.

Officers in Detroit’s 11th precinct recently smelled something unusual in the area.

“We were standing in the parking lot and started smelling it yesterday,” said Cpl. John Siejutt.

Their noses brought them across the street to the Piper Liquor Store at the corner of east Nevada and Fenelon.

“As they got up on the liquor store, the odor was very strong.  They went and got a search warrant and once they got in, what they found was significant,” said Detroit Police Chief James Craig.

More than 40 marijuana plants were inside ready to be harvested.

For Freeman and her family, they're just happy it’s out of their neighborhood.

"This side of my area, there’s a lot of kids, little kids so I’m happy that it’s taken care of now," said Freeman.

Police say evidence from the first bust led them to a second location at 7 Mile and Blake. Inside the building, they reportedly found 108 plants with a value of $300,000.

So far, police have made one arrest in connection to the scene across from the police precinct. They are still trying to track down who is behind the second location.

No word yet on if these locations are connected.