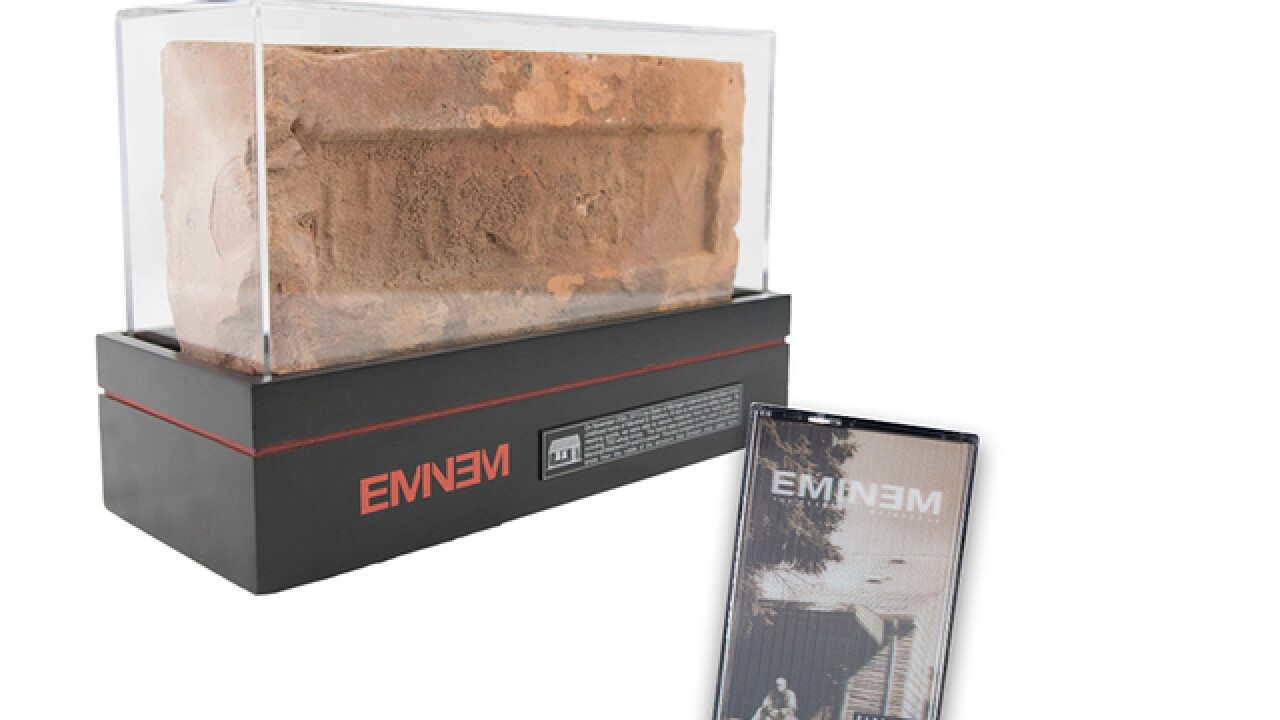 Hey Eminem fans: Were you quick enough to snag one of the most exclusive Slim Shady items ever? Did you buy a brick?

Eminem put the bricks up for sale on Monday. For $313, you could own, "An authentic brick from the remains of Eminem’s childhood home that was featured on The Marshall Mathers LP, and its sequel."

Monday was the sixteenth anniversary of the release of the Marshall Mathers LP.

The rapper's former home, located on Dresden Street in Detroit, burned in a November 2013 fire and was later destroyed. According to Eminem's website, 700 bricks were for sale. All are now sold out.

"Each of the 700 bricks comes with a numbered Certificate of Authenticity featuring Eminem’s handwritten signature," the website says. The bricks also come with a clear plexiglass display box.

As you can imagine, some of the bricks from the fire-damaged house were in better shape than others.

For $313, the bricks also came with a special cassette tape version of The Marshall Mathers LP. A $350 package also included a t-shirt.
Proceeds from all of the sales will go toward Eminem's foundation.
"In our continued mission to rebuild the city of Detroit, a portion of proceeds from this sale will be donated to The Marshall Mathers Foundation," said the brick's listing on Eminem's online store.
Scripps Only Content 2016