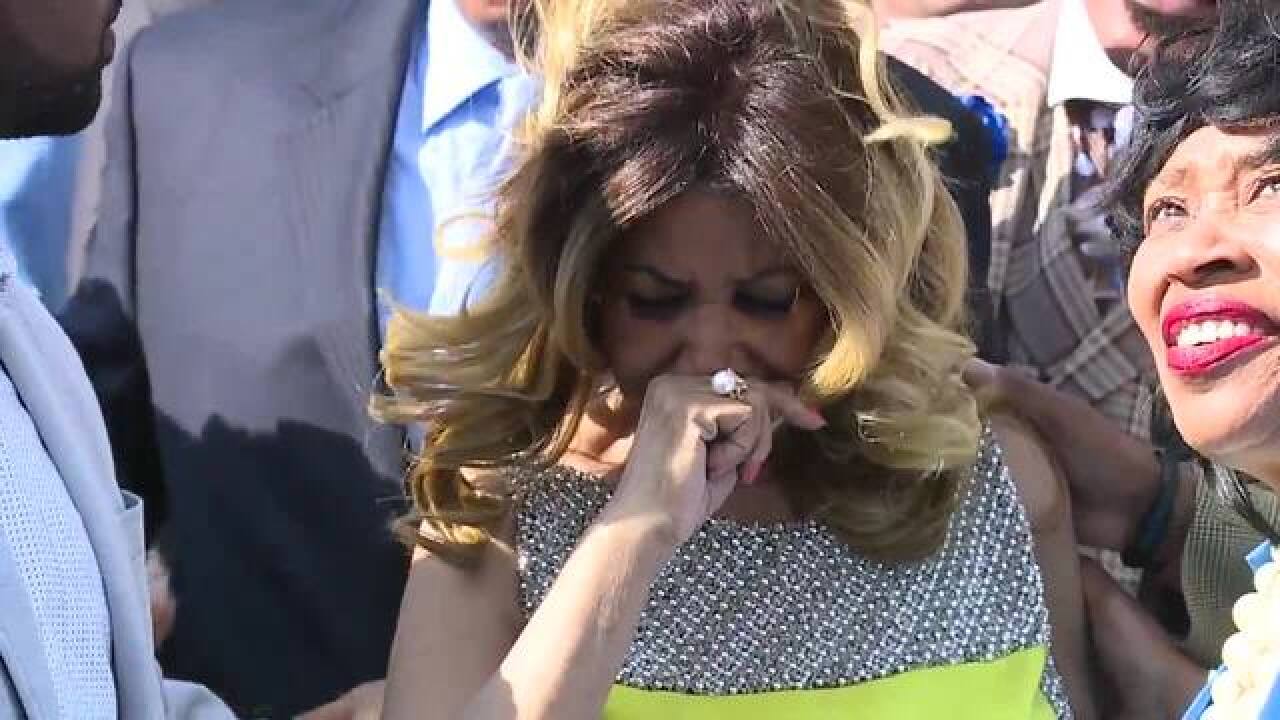 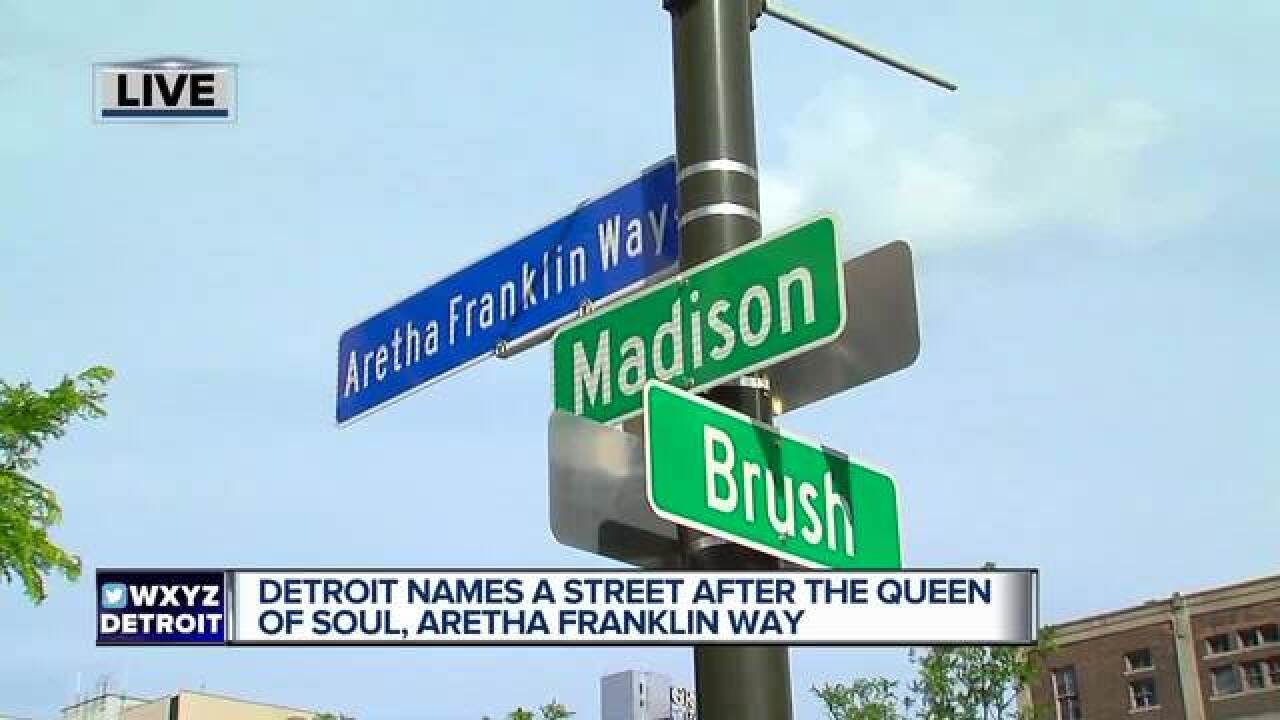 Detroit is celebrating the Queen of Soul by giving her a street named in her honor.

Madison between Witherell and Brush, right outside the Music Hall, has been renamed Aretha Franklin Way.

An emotional Franklin pulled the cover off the sign, revealing the new name at a ceremony emceed by 7 Action News reporter Glenda Lewis.

"It's a dream come true," Franklin said. "What a magnanimous honor to bestow after coming up in the streets of Detroit."

Franklin also thanked the people of Detroit for all of the support over the years.

"Of course, Detroiters have been with me all the way and I've been with them," said Franklin.

Watch the two part ceremony in the windows below.