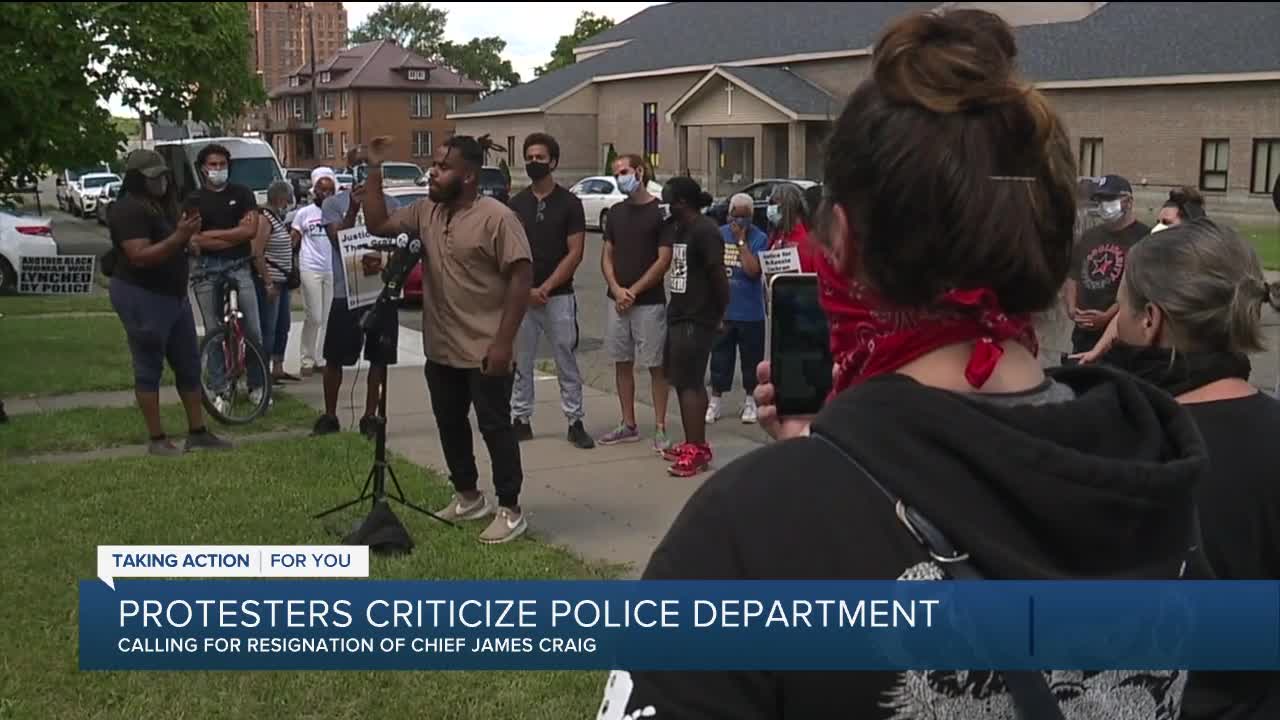 Members of the group Detroit Will Breathe say the facts matter and they admit they’ve gotten the facts wrong in three recent Detroit police officer-involved shootings. However, they are not letting up on their pressure. DETROIT (WXYZ) — Members of the group Detroit Will Breathe say the facts matter and they admit they’ve gotten the facts wrong in three recent Detroit police officer-involved shootings. However, they are not letting up on their pressure.

“The Detroit Police Department does not have the right to murder suspects,” said Lloyd Simpson during a news conference Tuesday. “In two of the cases the victims shot by the police were on the ground when they were shot.”

Detroit Police Chief James Craig showed video of the second shooting on Monday, and video of the first shooting hours after it happened. Protesters had put the word out on the street that an unarmed black man was shot by Detroit police. That led to a clash with police at the site of that incident.

Both videos show the men are not on the ground.

Tristan Taylor, also with Detroit Will Breathe, said facts do matter and they’ve misconstrued facts. He also says in the second case last week, police should not have pursued the car with the suspect. He was wanted in the shooting of four people just days ago. Taylor said the pursuit was too dangerous and the gunman on the loose was not putting anyone at risk. Taylor said police could have gone back later to make an arrest.

Police Chief James Craig has not released video of the third incident on Sunday but said Monday he watched it and it shows a man being shot by Detroit police after he refused to drop his weapon. The Chief also said yesterday, “by and large we get tremendous support from our community. There’s always a vocal minority that will critique, criticize and find fault.”