Family, friends to Race for the Cure in memory of woman lost to breast cancer in February 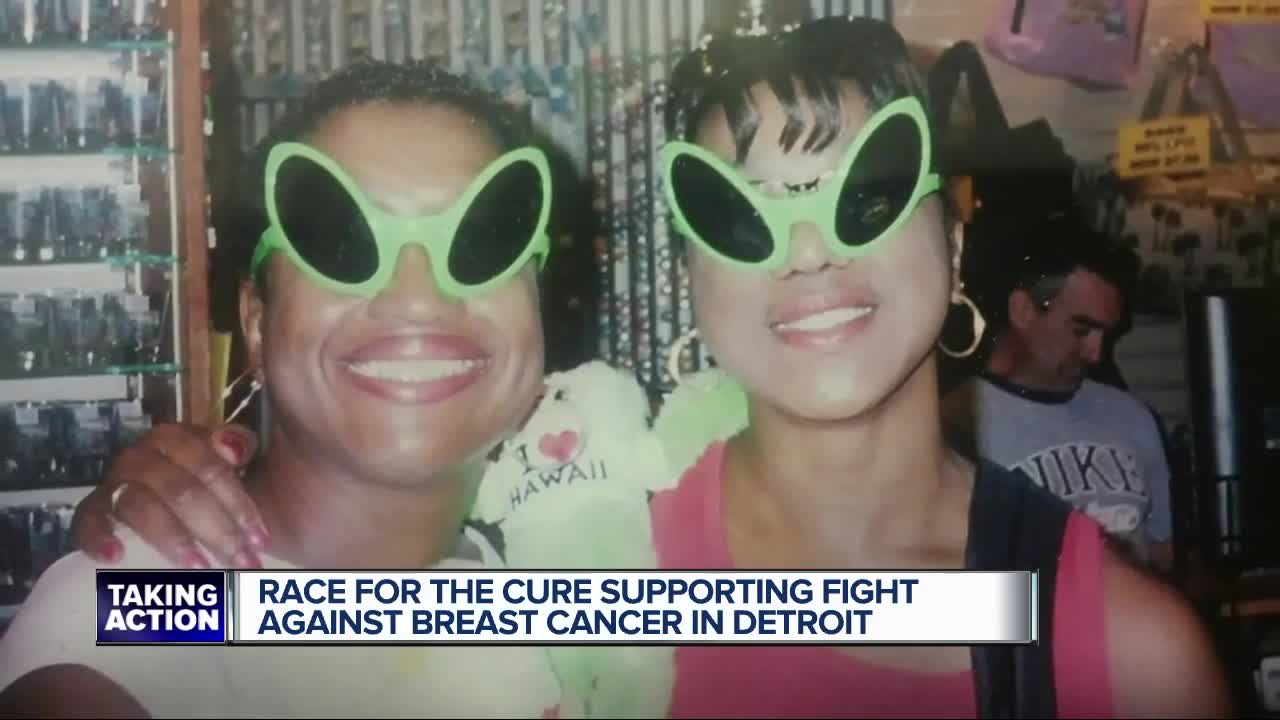 The Susan G Komen Race for the Cure is back! With a new race route that starts at Comerica Park then weaves 3.1 miles highlighting sites in Detroit.

DETROIT (WXYZ) — The Susan G Komen Race for the Cure is back! With a new race route that starts at Comerica Park then weaves 3.1 miles highlighting sites in Detroit.

Every year this is a major fundraiser for Breast Cancer Research and support services. It’s also a celebration for survivors and an event to honor those who have lost the fight. The latest statistic says 1 in 8 women will be diagnosed with breast cancer.

Saturday thousands will unite for the cause, like Sam Ekong and Maggie Crump and their team. They’ve walked in the Race for the Cure many times before, first as supporters, then as patients, then as survivors. This year though, everything is different.

"I mean when she walks into a room, I mean it’s just like a light,” says Sam Ekong.

“There was no battle that was too big for her to fight and we fought it together,” says Maggie Crump.

Maggie and Lavinia met in college at Wayne State University and remained friends. They each got married and their husbands became friends. In 2011 Maggie was diagnosed with breast cancer, Lavinia was diagnosed in 2015. They fought at each others sides and both won their battles! Along with their husbands and friends they formed a Race for the Cure survivors team. Year after year it's become an annual tradition.

“I was making plans for her to be at the breast cancer awareness party, we were gonna tell our stories,” Maggie says emotionally "It didn’t happen."

In the fall of 2018 Lavinia went to the doctor to have a pain in her armpit checked out. Then she and her husband Sam got the call.

“Come to find out, the cancer was back,” says Sam.

In February, she passed away.

She was a wife, a friend, a well-known and well-loved psychologist.

"I call her the people’s psychologist! She was good at what she does, she was really good. They loved her. Even in her death bed she was so concerned, so worried about her clients,” says Sam. "She’ll be missed! Not just by me and I miss her terribly, but she’ll be missed by a whole lot of people.”

Though their steps are heavier this year, Sam and Maggie alongside Lavinia’s other friends and teammates will walk the Race for the Cure once more. To remember Lavinia and to find a cure for others still in the fight.