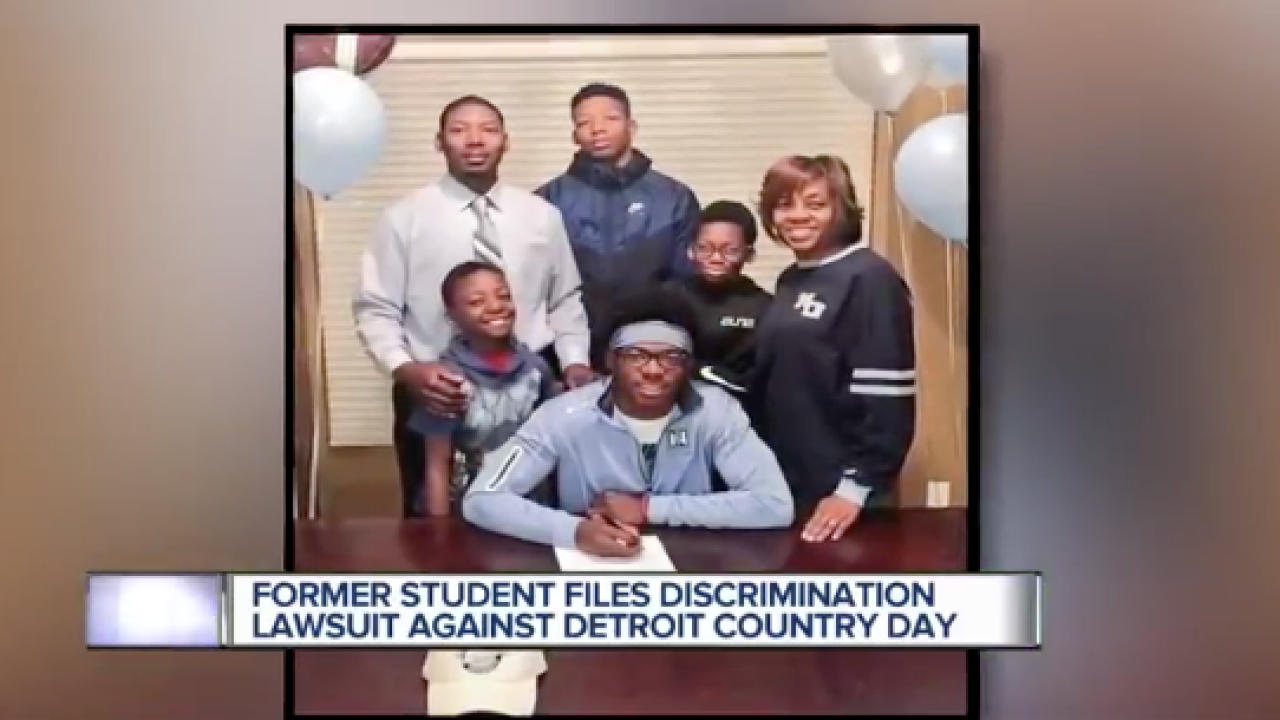 DETROIT (WXYZ) — In 2015 and 2016 La Nard Graham, Jr. was a star running back and wide receiver on the Detroit Country Day Football team, until he was accused of smoking marijuana near the elite school grounds and was forced out.

His family is suing for racial discrimination and money damages. He did finish high school and is in college.

Attorney Nicole Thompson says Graham’s parents stepped up immediately to find out what was going on with the accusations saying, “He was tested at home immediately after school and went the same night to the hospital to be tested and it was completely negative for any illegal substances. One of the kids in the car smoking marijuana admitted it himself.”

The attorney also says Graham was first told he was going to be expelled and then that changed in a meeting with his parents.

“They were told basically that he had the choice of being expelled or withdrawing. So he withdrew under protest obviously so that it wouldn’t look so bad on his record,” she says.

Detroit Country Day is a college prep school with the best academic scholars and best athletes. The school played for a state championship in its division in 2016 losing to Grand Rapids Catholic Central.

Graham’s family is suing for racial discrimination and money damages “in the neighborhood of a million dollars” says attorney Thompson.

She also says they have key support in their lawsuit they started researching last summer.

A spokesperson for Detroit Country Days says they can’t comment on pending litigation.