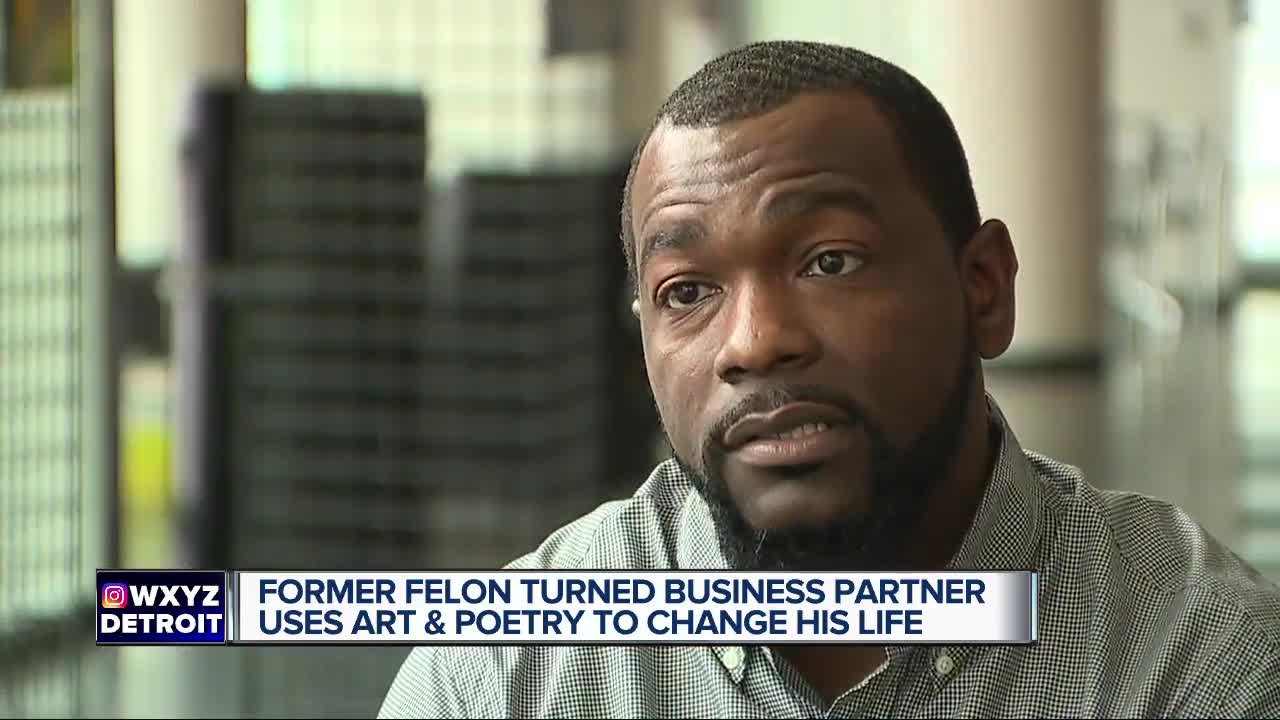 A former convict is using business, art and poetry to turn his life around.

DETROIT (WXYZ) — A Detroit man who spent more than a decade behind bars says it was art and poetry that helped turn his life around.

Tomorrow you can see some of that work on display at his art exhibition in downtown Detroit.

DeMarcus Banks spent 11 years in prison. He says he was able to find an escape by putting his feelings on paper and canvas.

Banks will never forget what life was like behind bars - 11 years in prison for crimes that included armed robbery and carjacking.

The consequences of those choices so clear within the walls of prison away from his dear mother and son.

He expressed his feelings and experiences through art. He also shared his emotions by writing poetry.

In 2000 Banks says his work was noticed by U of M's Prisoners Creative Art Project, which helped him evolve even more.

He's been out of prison since 2017 and started a media and photography business with his brother.

Tomorrow Banks is holding an art exhibition in Detroit where people can see and buy his work.

It's all a part of his second chance. He hopes others will learn from it and be inspired by it.