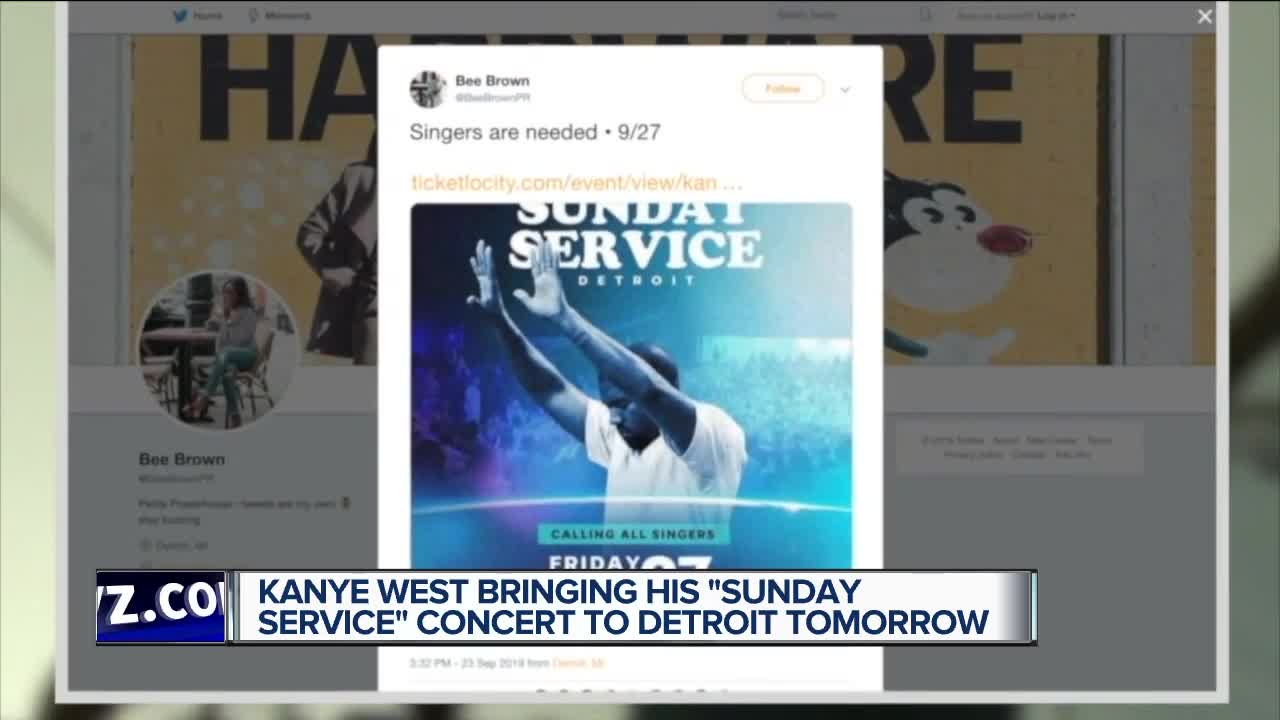 Kanye West is coming to Detroit tomorrow. If you didn’t know he was performing, you are not alone.

If you didn’t know he was performing, you are not alone. West's “Sunday Service” concert is about mixing hip hop and gospel music.

So far, he’s only held this public concert a handful of times. Now, he’s bringing it to the Aretha Franklin Amphitheatre Friday.

Kanye West performed in Detroit three years ago at the Joe Louis Arena.

“Kanye West is coming tomorrow and I have to be a part of that.” said Kia Pinto, a Kanye West fan.

This event has been quietly announced. Some heard about it earlier this week as the production company recruited local choirs to perform with the rapper.

When the official word came out, we learned tickets would be available starting Thursday for nothing.

Shahida Mausi is a representative of the Aretha Franklin Amphitheatre.

“This is a free event that has been given to us,” Mausi said.

Here’s the problem, the box office wasn’t open because you could only get tickets online.

Tickets were available at noon. However, by 12:18 p.m., tickets were sold out.

Noah Rego is a college student from Canada who is a huge Kanye West fan.

“I was constantly looking everywhere trying to get more information,” Rego said.

He is flying in just to attend the concert, and bought a $475 plane ticket Tuesday hoping he’d be able to get a free ticket. Like many, he was left disappointed.

Venue officials say parking will be a premium because there is a circus across the street, which is expected to draw large crowds as well.

The concert is Friday at noon and doors open at 11 a.m.