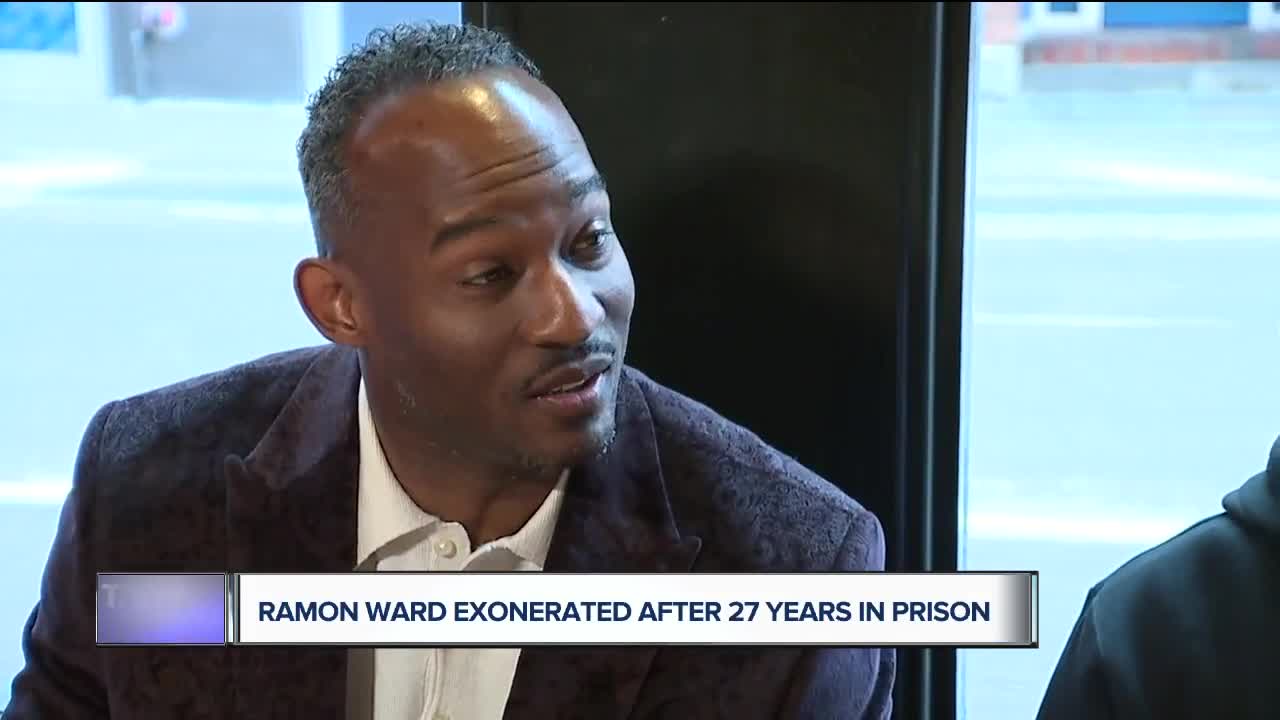 Forty-four-year old Ramon Ward enjoys a pizza with his family and attorneys, the first meal he’s had on the outside after being locked up in 27 years.

DETROIT (WXYZ) — Forty-four-year-old Ramon Ward enjoyed a pizza with his family and attorneys on Thursday. It's the first meal he’s had on the outside after being locked up for 27 years.

It was a spontaneous celebration just down the street from the courthouse where a judge signed the order to exonerate him.

Ward was convicted of killing two people inside a drug house on Moran Street on Detroit’s east side back in 1994. At the time “two snitches” working with Detroit police testified saying Ward did the crime. It turns out they lied.

At 6, I explore how this case was reversed. Ramon's brother Willie tells me he never lost hope or confidence in Ramon and his innocence... @wxyzdetroit https://t.co/XfDKaQhxbd pic.twitter.com/FZ3q3XrOoL

Defense Attorney John Smietanka, who is working with the Wayne County Prosecutor’s Conviction Integrity Unit, and new investigators developed the case and found a new eyewitness who was inside the house. Smietanka says that person identified a new killer. Still, justice is elusive. That new killer died four years ago, and Smietanka says the “snitches” are dead.

Smietanka says this is why people don’t trust the court or police.

For Ramon, he says the pizza, “looks better, tastes better!”

His family and attorneys are keeping him private as he transitions back to a life and a lifestyle he lost.

He is eligible to be compensated by the state, $50,000 for each year he was incarcerated. That’s $1.3 million.

He has nowhere to go to get 27 years of his life back.