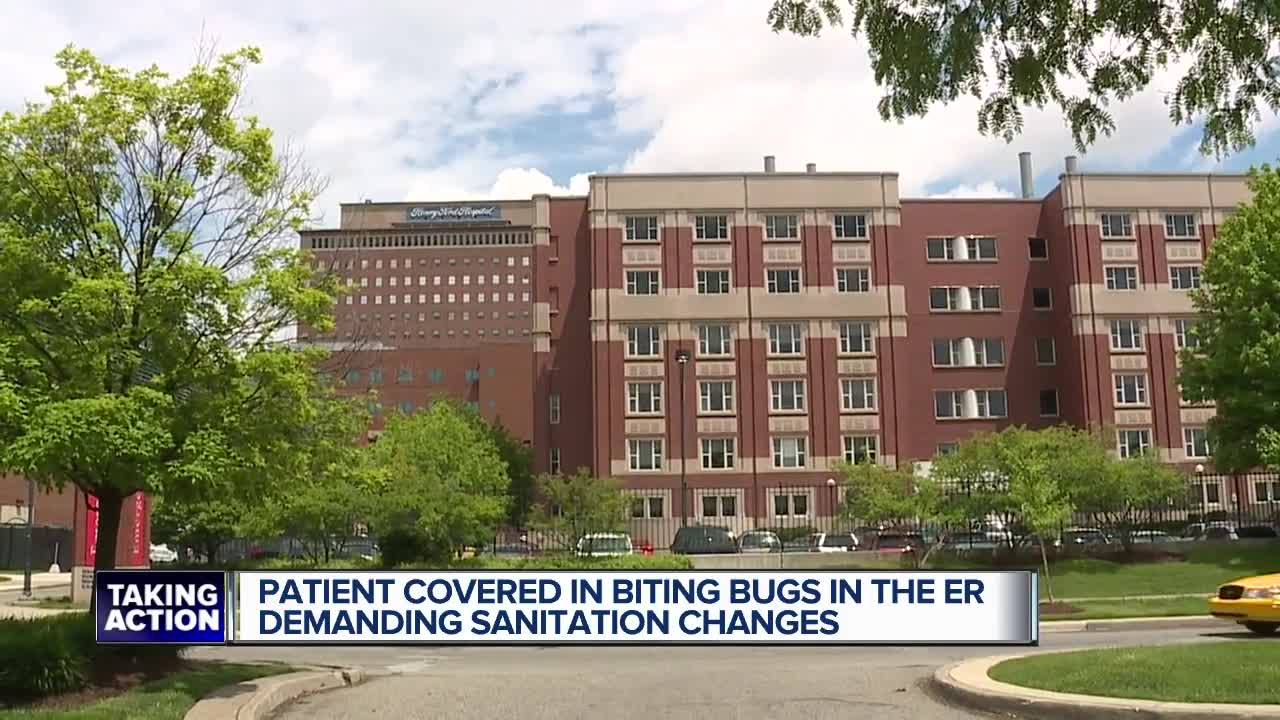 Tyrone Foster has stage four cancer, including cancer in his throat. It makes it hard for him to speak. He says he knows he has a weak immune system and worries about exposure to something unsanitary making him deathly ill.

DETROIT (WXYZ) — Tyrone Foster has stage four cancer, including cancer in his throat. It makes it hard for him to speak. He says he knows he has a weak immune system and worries about exposure to something unsanitary making him deathly ill.

“I worry about that everyday,” said Tyrone Foster.

Then on May 23 he went to Henry Ford Hospital’s emergency room for help. He suddenly realized he was being bitten by bugs.

“And when he raised up his hospital gown one of them was crawling on his stomach. The doctor takes it and bursts it. How clean is that?” asks Attorney Arnold Reed, who says he is working to get answers for Foster.

Why did this happen?

Hospital employees soon realized someone had stuffed wet clothes covered in bugs - possibly lice under the gurney he was given’s mattress.

“They took me to the back in some room and sprayed me down like I am some animal or something,” said Foster.

WXYZ reached out to Henry Ford Hospital for a response.

A hospital spokesperson said they are very sorry about what happened to Mr Foster.

The hospital also has questions. How and when did the wet infested clothing end up concealed under the mattress of the gurney?

In a statement the hospital said in part quote, “After discovering the clothing, we followed infection control protocol. We isolated and treated the patient, isolated and sanitized the gurney ad disposed of the clothing and bedding. We apologized to the patient and his family and explained that we had not seen this type of situation before. No other patients were affected.”

Foster and his daughter say when they asked the process for filing a formal complaint at the hospital they were not given answers. They want the hospital to address this - and look into whether the bug situation could have been prevented.