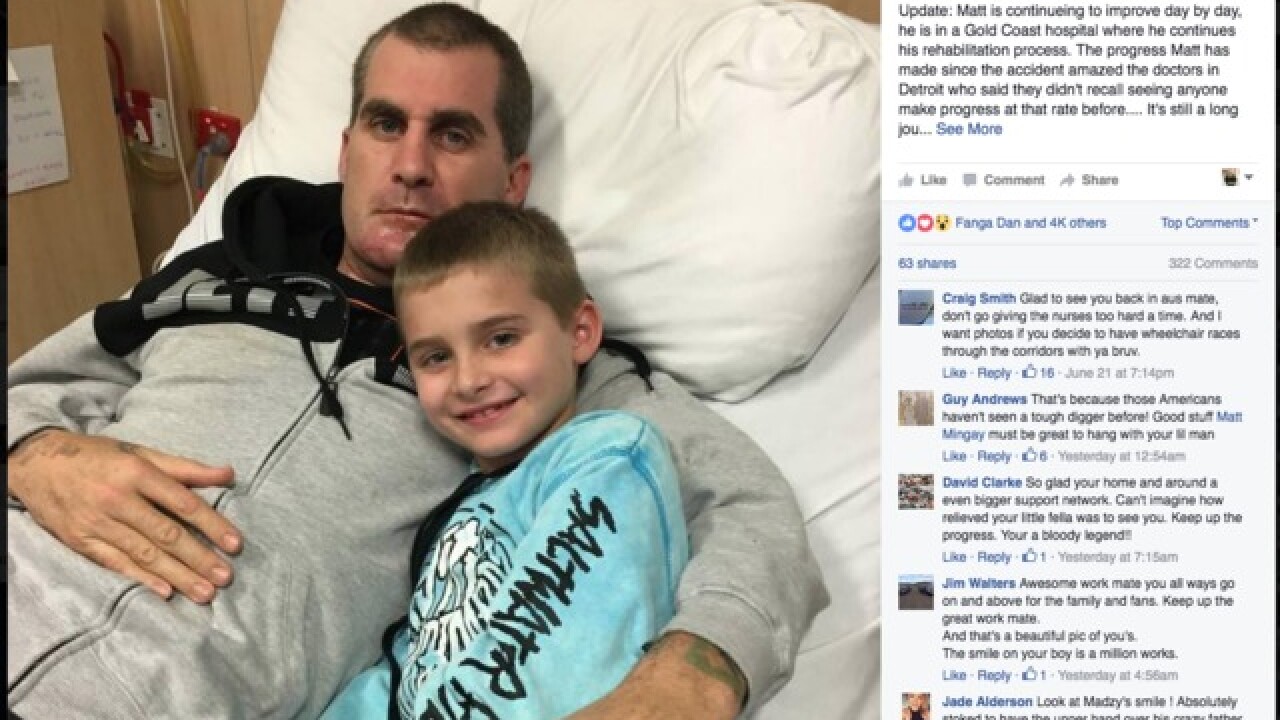 Matt Mingay, the Australian truck driver who was critically injured during a race at the Chevrolet Detroit Belle Isle Grand Prix, continues to improve, according to his Facebook page.

Mingay flew back to Australia from Detroit last weekend. In a post, he said "Thanks to the crew @team_penske i can safely say we are on our way home!!!! Can't wait to be back on Australian soil!!! Thanks so much to all the Penske staff, security, ambulance crew, pilots, Dr Atas and Dr Dimitrijevski for traveling with us."

On Wednesday night, Mingay was also reunited with his son, Madzy, for the first time since the accident. According to the Facebook page, he is continuing to improve his health day by day.

"The progress Matt has made since the accident amazed the doctors in Detroit who said they didn't recall seeing anyone make progress at that rate before," according to a post.

Mingay crashed during the truck series race on Saturday, June 4 at Belle Isle. He suffered facial injuries and was taken to the hospital in critical condition.

In an update a day later, his family said he underwent surgery for facial injuries and was in serious but stable condition. In the crash, his truck flipped on the third lap of the race.