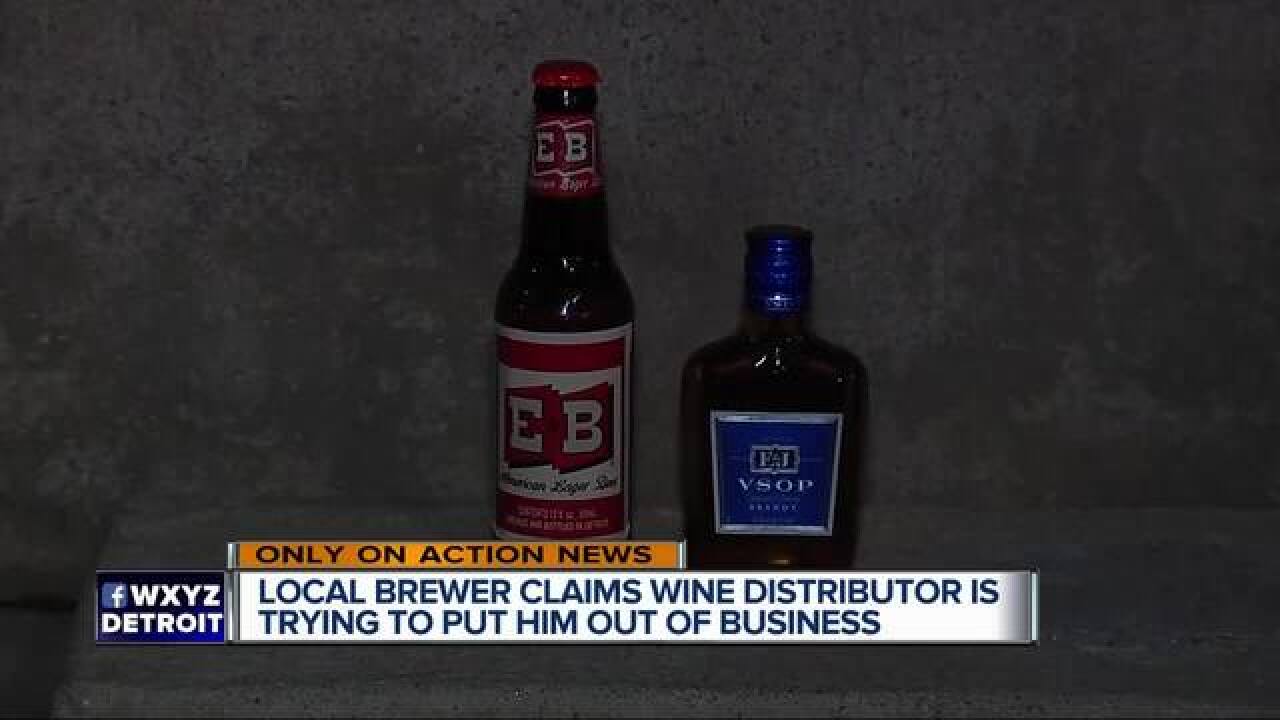 A local brewer says a major wine distributor is trying to put him out of business because their logos and names are too similar.

The case pits well known wine and liquor company E and J Gallo against E and B Beer. The owner of Eand B, Santo Landa, says he sees no similarity and feels like this is a case of a big company trying to stomp out the little guy.

He invested in the company a few years ago, but now he feels he’s being strong armed by E and J Gallo who say E and B sounds too much like their brand.

E and B Beer has been around since the late 1800s in Detroit. It’s already been trademarked once before.

Since buying the brand, Landa applied for his own trademark but he’s run into a roadblock.

An attorney for E and J sent a legal notice saying similarities may cause confusion for customers.

“I’d like to get an explanation as to what they think is confusion,” he says.

The most troubling thing for Landa? He insists he can win a legal fight, but not without big money - money he simply doesn’t have.

We reached out to the attorney for E and J Gallo.

Landa referred us to a response that reads in part - E and B Beer can keep its mark, but only sell product in Michigan and Ohio.