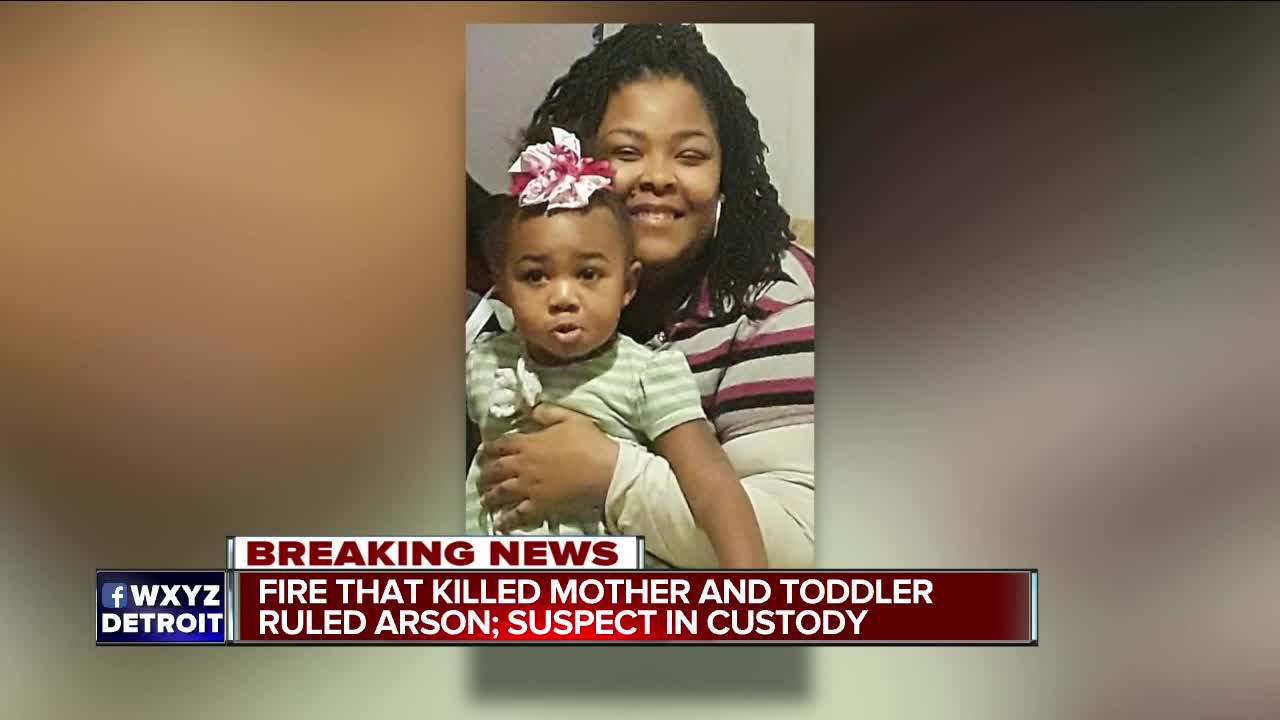 A 31-year-old mother and her 2-year-old daughter died Tuesday night after an arson in their apartment building on Brace Street on Detroit's west side.

DETROIT (WXYZ) — A 31-year-old mother and her 2-year-old daughter died Tuesday night after an arson in their apartment building on Brace Street on Detroit's west side.

Detroit Deputy Fire Commissioner Dave Fornell said based on the injuries of the mother, 31-year-old Star Milligan, she was trying to protect her little girl, 2-year-old Mylah Joyner, from the flames.

"I'm just lost for words," said the victims' husband and father, Richard Joyner. He was at work when the fire started.

“When I got home, all I saw was the police everywhere. Neighbors outside," he told Action News.

The man suspected of starting the fire is in custody according to Deputy Fire Commissioner Fornell. His name and age have not yet been released.

Not only did the arson kill a mother and her child, it left several families without homes. All eight units in the building are unlivable.

“People were actually trying to jump the gate to get inside that building to get those kids. But it was too much. You couldn’t do anything," said neighbor Krystal Young.

Family told Action News Star's name fit the mother of two perfectly; they said she brought light with her everywhere she went

Seven-year-old Makell Joyner continues to recover at Children's Hospital. The family's dog was home when the fire started, and did not survive according to family.

A GoFundMe has been created to help fund Mylah's funeral and burial. You can donate here.