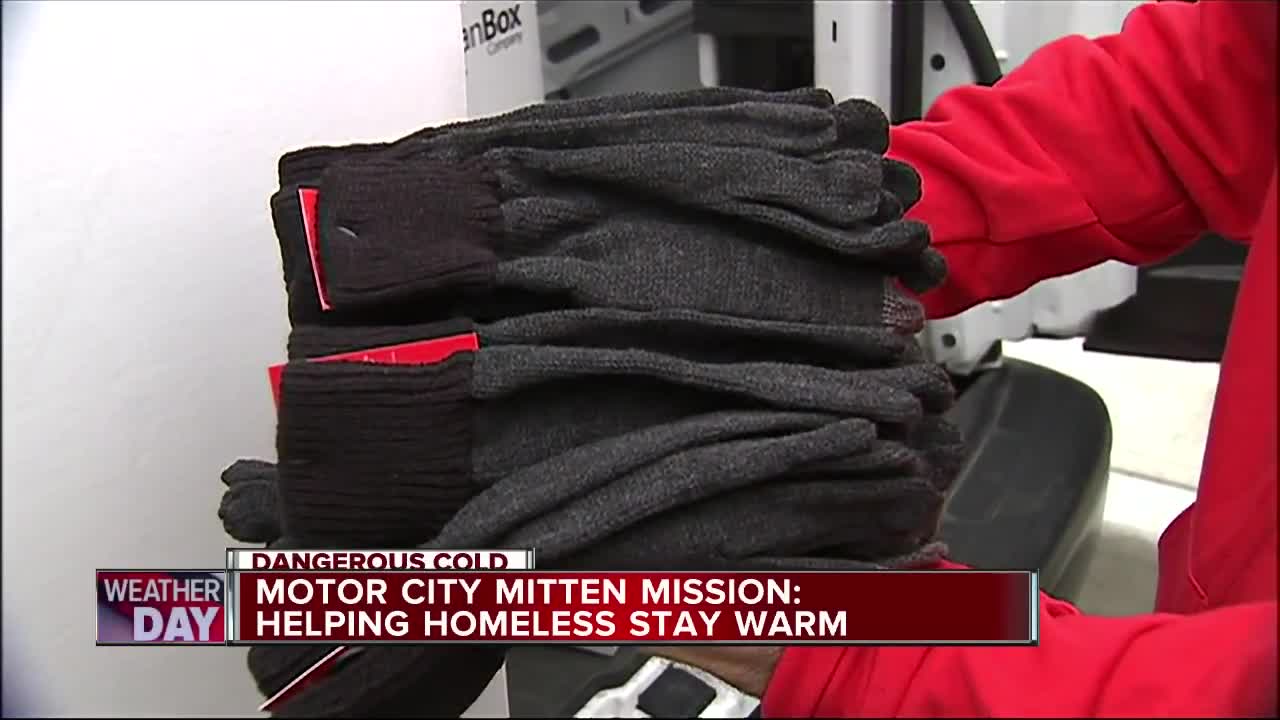 The Motor City Mitten mission is making it their mission to help the homeless stay warm.

DETROIT (WXYZ) — Crowds are filling shelters as people look for a way to stay warm in these biting temperatures. Volunteers are doing what they can to help.

“I worry a lot,” said Gail Marlow of the Motor City Mitten Mission.

The volunteers with the Motor City Mitten Mission do street outreach every day. They bring the homeless mats they make by hand out of plastic bags, food, clothing and hygiene products.

Marlow knows dozens of homeless in Detroit by name. As the temperatures drop she worries for their lives.

“Last weekend we had several situations. There are three people we had to take to the hospital,” said Marlow.

“They are so nice,” said Marcel Young. “I mean, if it weren’t for them some days I would not eat.”

Young says he is a military veteran who is now homeless. He is trying to figure out what he is going to do as the temperatures drop, begging along the I-375 service drive to get enough to get a hotel room.

The Motor City Mitten Mission gave him food and hand warmers. They spoke to him and mentioned some places he could go to get warmth.

“It weighs heavily on my mind. I think a lot of people’s minds, which is why I think so many people are trying to get out and help,” said Marlow.

There are warming shelters around metro-Detroit. Read more here.