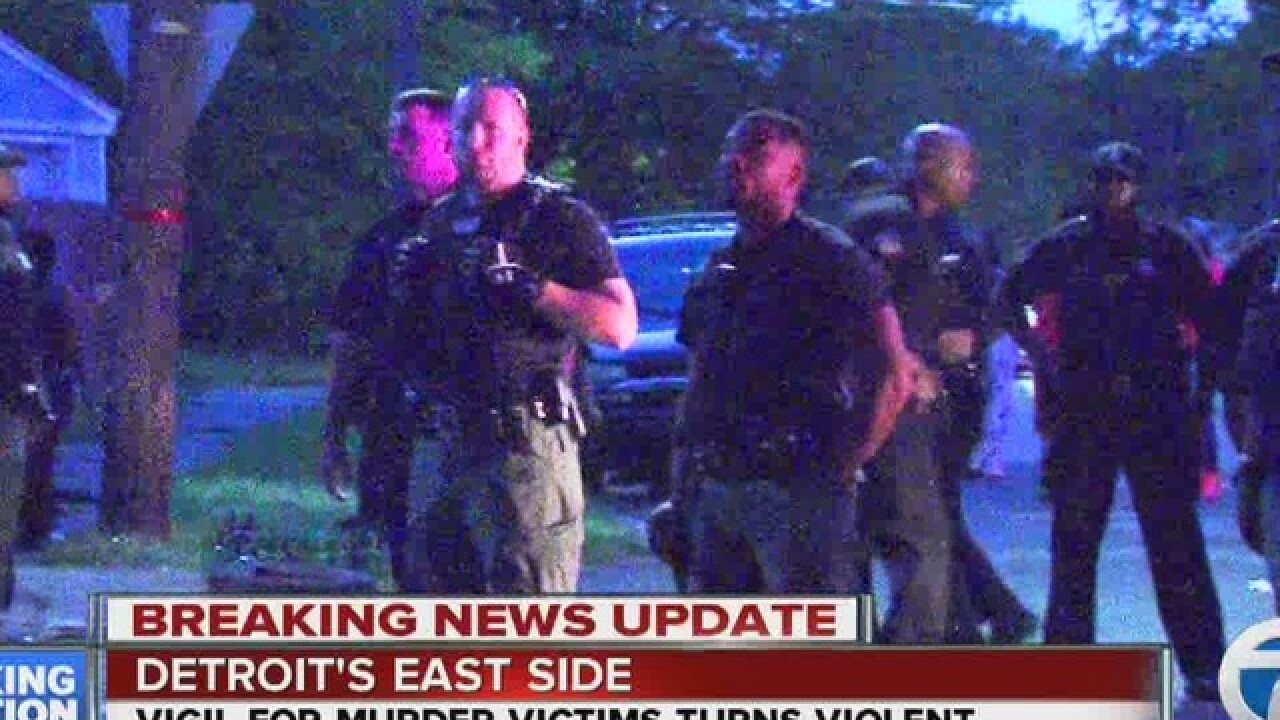 Ten people are facing charges after a large brawl at a vigil held Wednesday night.

The vigil was organized after two people were killed and one other injured in a shooting Wednesday morning.

What was supposed to be an act of peace quickly turned south when women related to the victim began arguing.

Police were called to the vigil where more than 100 people showed up at Kilbourne and Leroy on the city's east side.

This vigil was to celebrate the life of Nathan Mosby, a 27-year-old killed in Wednesday's shooting.

The fight broke out when Mosby's mother tried speaking with the mother of his kids.

Officers arrested 10 people and detained others.

No injuries were reported.