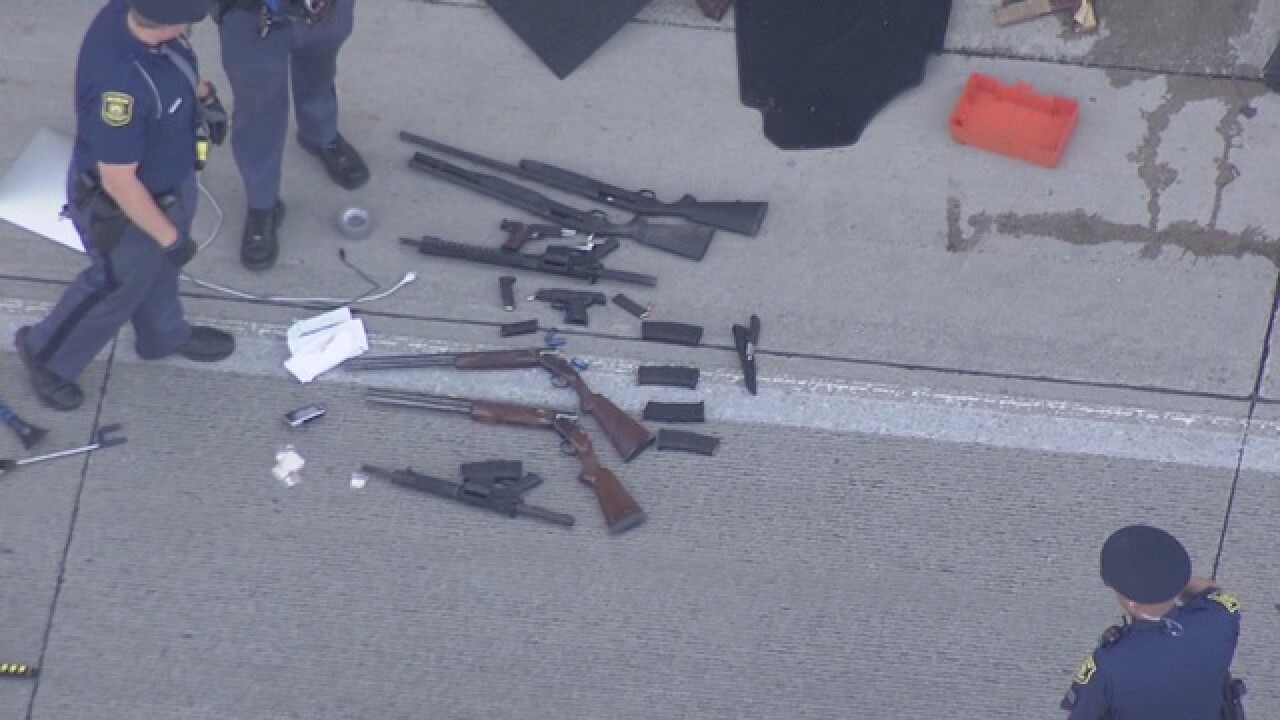 7 Action News has learned that police have found more 6 more guns in the home of the man taken into custody after Tuesdays incident on the Lodge Freeway.

That's in addition to the large number of handguns and shotguns that the man took out of his car and dropped on the Freeway following the incident, where video shows the man shooting at a black car.

Police say that car was driven by a Good Samaritan who had stopped to help following the incident. He was able to drive away after he was shot at. Police now say they have identified the man.

According to Michigan State Police, the investigation has determined that the man they took into custody does have a mental illness. However, they have not commented on what his condition is.

Officers are also saying the incident, despite earlier beliefs, was not initially road rage.

7 Action News has also learned that a woman was involved in the initial crash that occurred about 300 feet behind where the suspect's car ended up. He suffered a broken arm and hip and remains in the hospital.