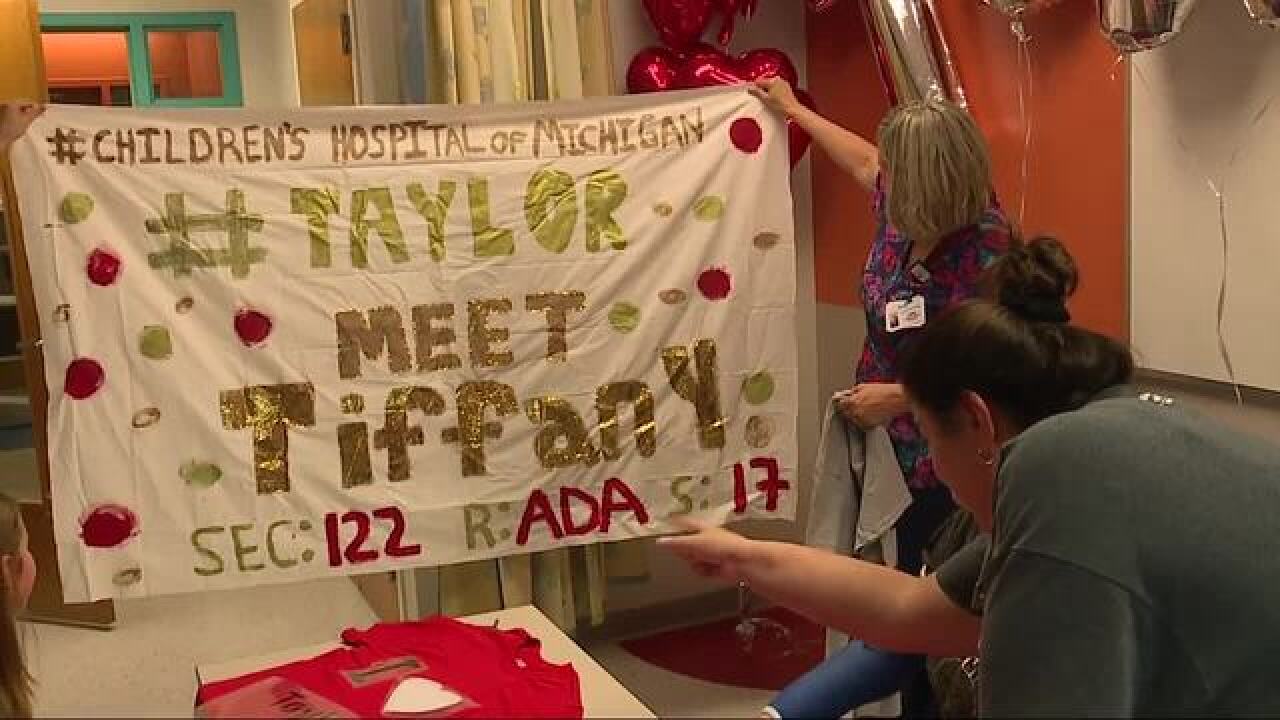 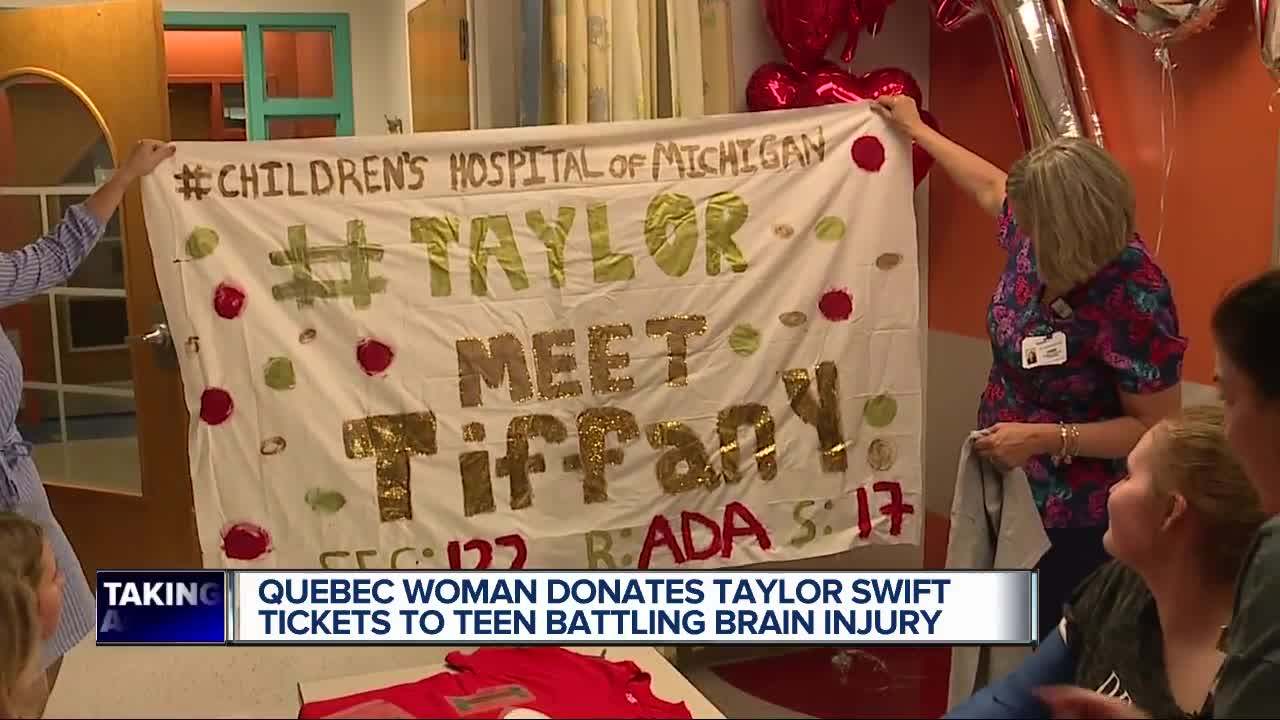 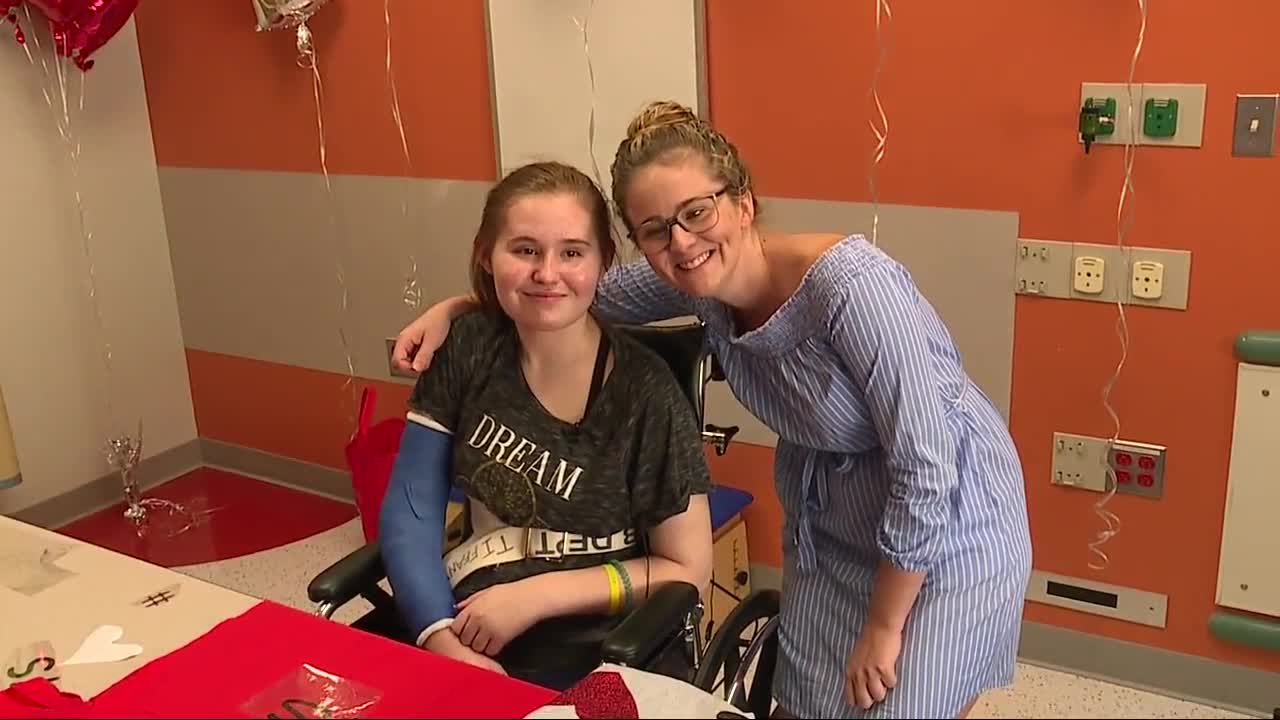 On Tuesday night, thousands of fans will fill Ford Field to see Taylor Swift perform. In the crowd, will be 15-year-old Tiffany Kleinschmidt of Waterford.

The teen, who's a huge T Swift fan, suffered a traumatic brain injury last April after going into cardiac arrest at school.

She's been in the hospital for months learning how to walk and talk again, but on Tuesday, she'll leave for the first time since the tragedy. She'll be going to the Taylor Swift concert.

Taylor's music has been instrumental in Tiffany's healing. You can see it here:

"She's very, very smart and she still is, but she's a lot different than she used to be. She really lights up when she listens to Taylor. She sings to all of her songs. She loves her," says Tiffany's mom, Dawn.

The concert tickets were donated to Tiffany by a total stranger named Laken Tiller.

Laken grew up in Windsor, but lives in Quebec and works as a nurse. She's also a superfan of Taylor Swift and had purchased tickets.

She realized she couldn't go, but didn't want to sell the tickets. She decided to donate them to someone who could really use a night out.

So, Laken contacted Children's Hospital of Michigan. The hospital did an extensive search and decided Tiffany would be perfect for the surprise gift.

Laken says she sees people who are sick all the time because of her job and she wanted to do something nice for someone who could use a break.

"I hope that she gets to meet Taylor Swift," she says.