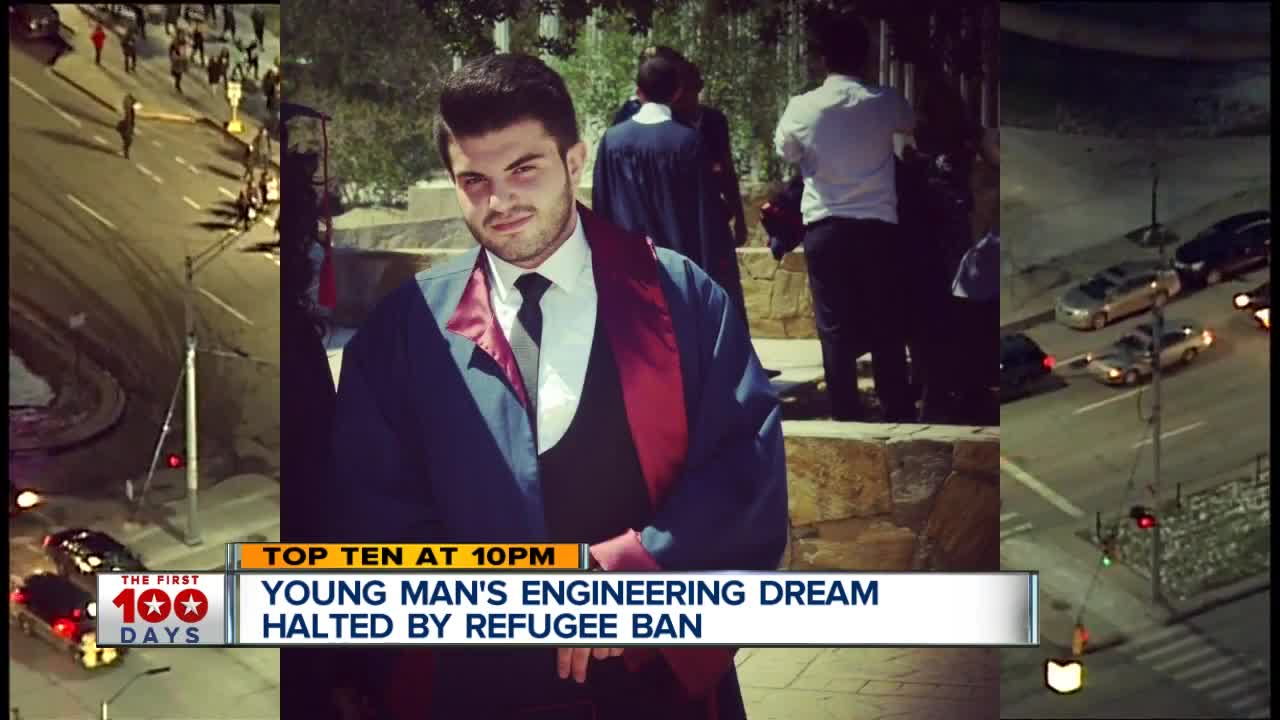 A young Wayne State student says he will not be allowed into the country to attend school because of President Donald Trump's refugee ban. The protest was organized by student groups who are determined to keep up the pressure on the Trump administration.

"This is an injustice and it's a crime not to speak. It's a crime against humanity," said Mayssa Masri who is Syrian-American.

The demonstrations in Detroit and around the world have encouraged Alaa Alsabeh, a Syrian living in Beirut.

Alsabeh had been accepted to a master's program at Wayne State University, but has been told he is no longer able to get a visa while the ban against accepting people from Syria is in place.

He spoke to 7 Action News by phone from Beiruit, where he has been studying since graduating from a university in Damascus.

"The United States has always been the land of dreams," said Alsabeh.

Alsabeh said he has been encouraged by the nationwide demonstrations against the ban.

"People are protesting and for what? For people they don't know after all this propaganda about Muslims," he says. "American people have always been great and they will always be."