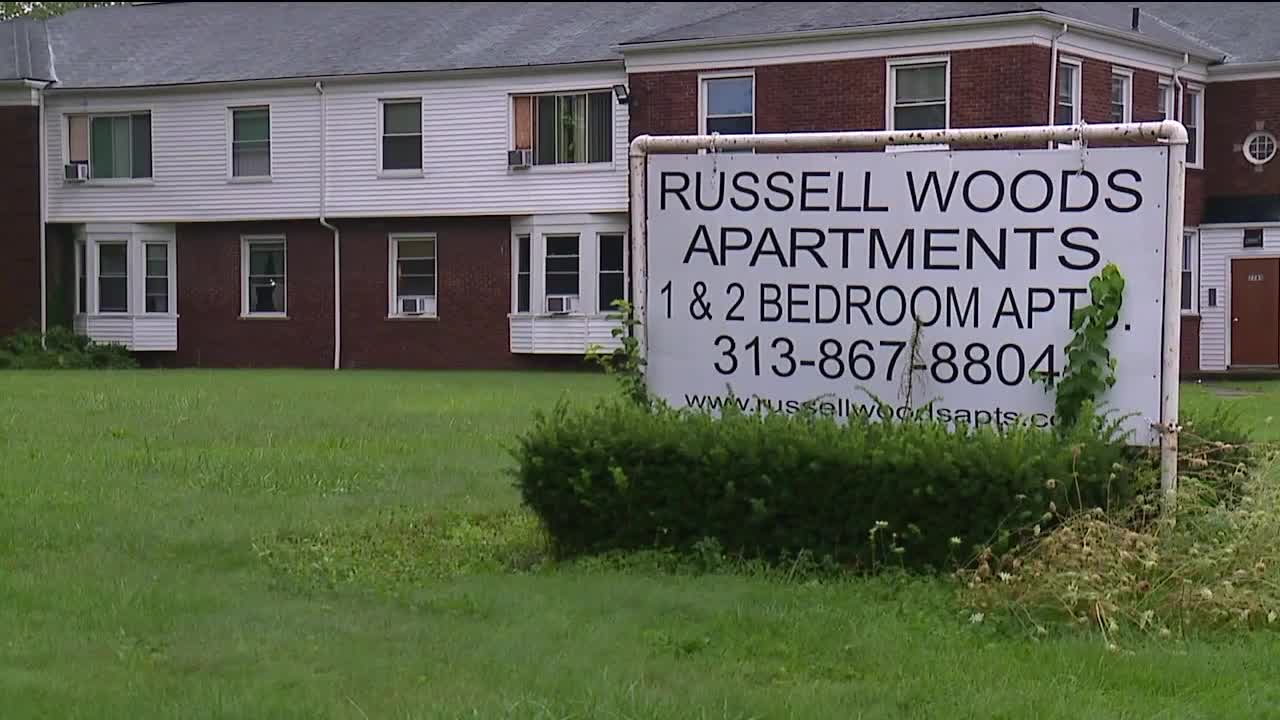 When it rains heavily like it did today, most of us can go inside our homes to stay dry, but in one Detroit apartment complex some living on the second floor say its raining inside too and the issues extend far beyond.

DETROIT (WXYZ) — When it rains heavily like it did today, most of us can go inside our homes to stay dry, but in one Detroit apartment complex some living on the second floor say its raining inside too and the issues extend far beyond.

Residents say Russell Woods Apartments was purchased by new owners in the fall, so the problems weren’t caused by the new owners, but at this point, residents had hoped the problems would be fixed.

On a day like today, a bad problem gets even worse.

In Kristina Fox’s unit: bubbles on the wall are soft and soggy, condensation builds along a crack running the length of the ceiling filling a kitchen pot, and despite using multiple fans black mold keeps appearing in her bathroom.

“You can wash it with the germicidal bleach, but because there’s holes and moisture keeps getting in. Mold keeps coming right back and back, like 2 weeks later,” says Fox.

Section 8 housing inspectors were here in March and again in June issuing a notice of needed repairs to the landlords, but Fox says very little on the list has been addressed.

Carolyn Welch lives a few buildings over on the same property.

“I’ve been here for 10 years and I’ve always had this problem with my ceiling busting loose and it’s raining in my apartment,” says Welch.

There’s a lot of patchwork on her apartment unit ceiling, but she says it never holds for long.

“The ceiling by the bathroom has bust back loose again,” Welch says showing us the hole in her ceiling and the bucket catching the dripping water.

Walking through the building we saw many areas where the ceiling is damaged, lights with exposed wires and moisture coming through, doors not properly set in the door jam.

Fox is also dealing with medical issues and she worries the apartment could make her health worse.

“I’m living in an apartment that has black mold In the ceiling,” says Fox.

She wants to move, but section 8 vouchers don’t pay moving expenses or security deposits and she says she feels stuck.

“In a pandemic with MS (multiple sclerosis) lupus and a heart condition, I have no place to go and no means to get there and I don’t know what to do,” says Fox.

Her sister started a GoFundMe to help raise money for moving costs.

7 Action News Reporter Jennifer Ann Wilson called the City of Detroit and they sent out an inspector immediately.

The inspector found evidence of roof leaks, as well as standing water in the basement due to a crack in the foundation wall. The management company has been informed and told the city they plan to make repairs.

The inspector will return Monday to finish inspecting the rest of the units on the property.