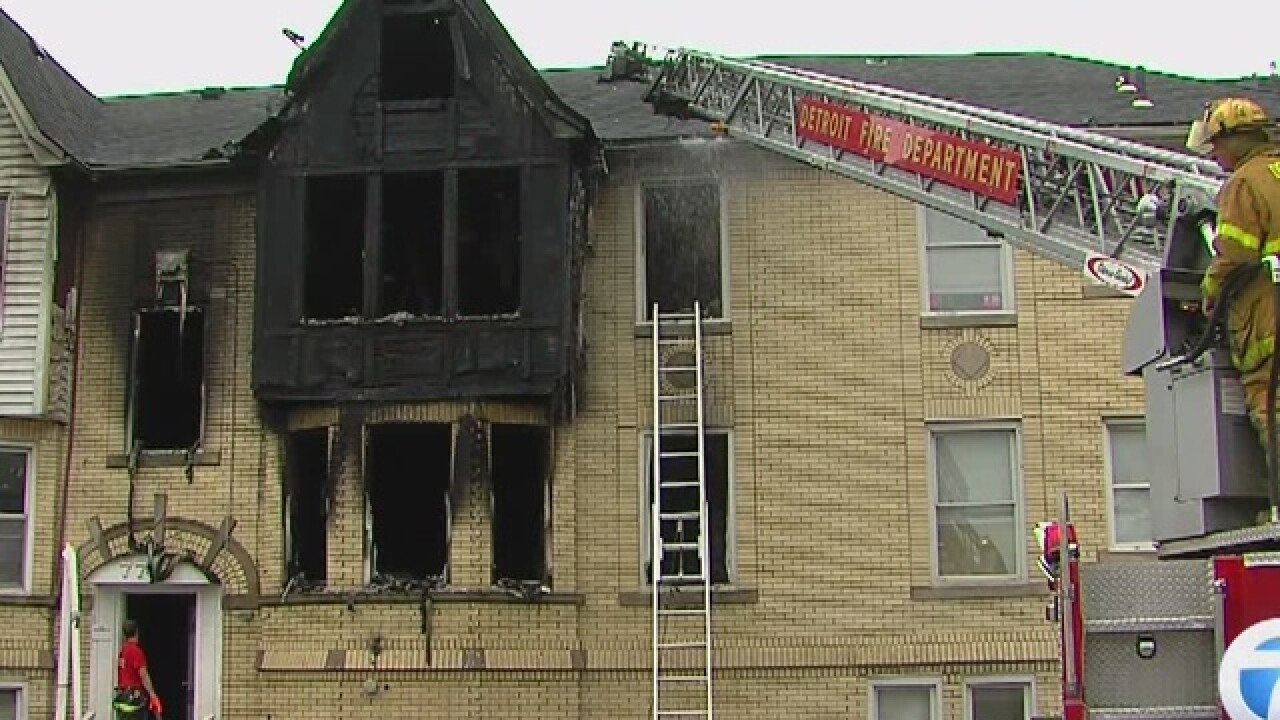 Three people had to be rescued from a burning apartment building in southwest Detroit on Monday afternoon. The fire happened at Pitt and Central near Vernor Highway.

Right now, we're told no one was injured, and firefighters say the majority of the damage was contained to one unit.

An arson investigator say they do have a person of interest in custody, but it's not clear what role in the fire, if any, that person played.

Firefighters say the man who confessed to starting the fire was a "careless cook," but the cause of the fire is still under investigation.