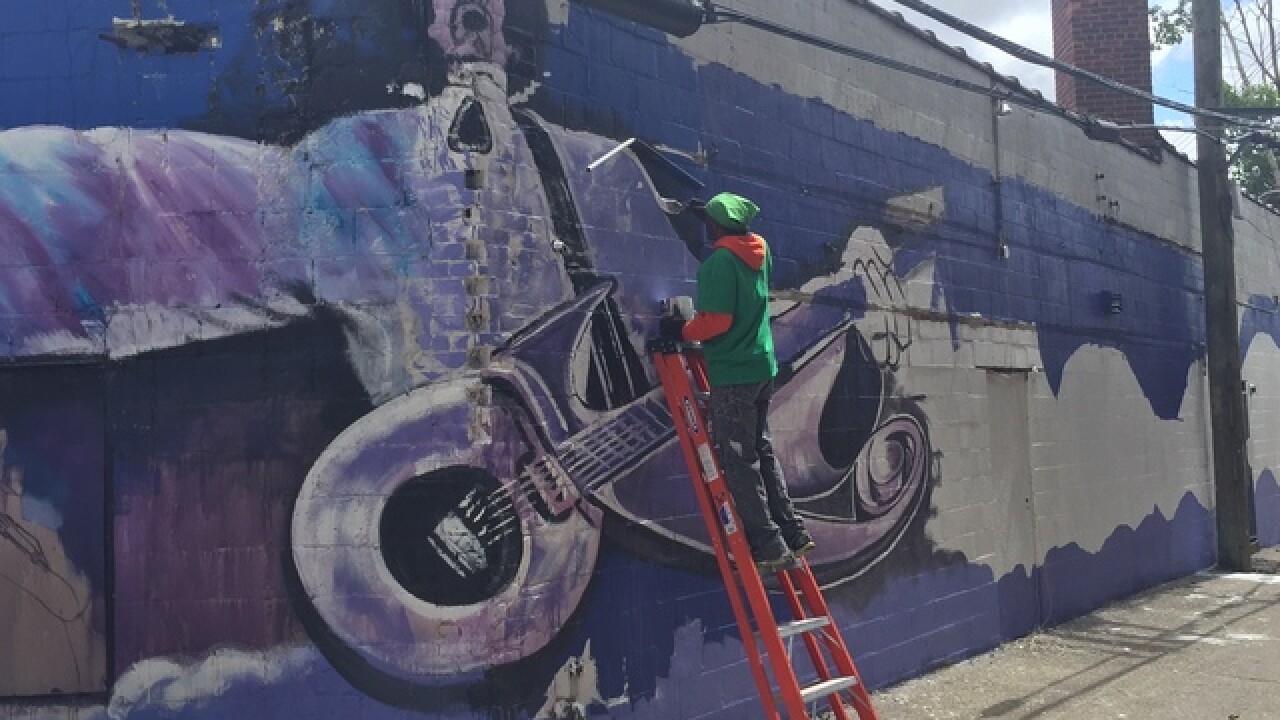 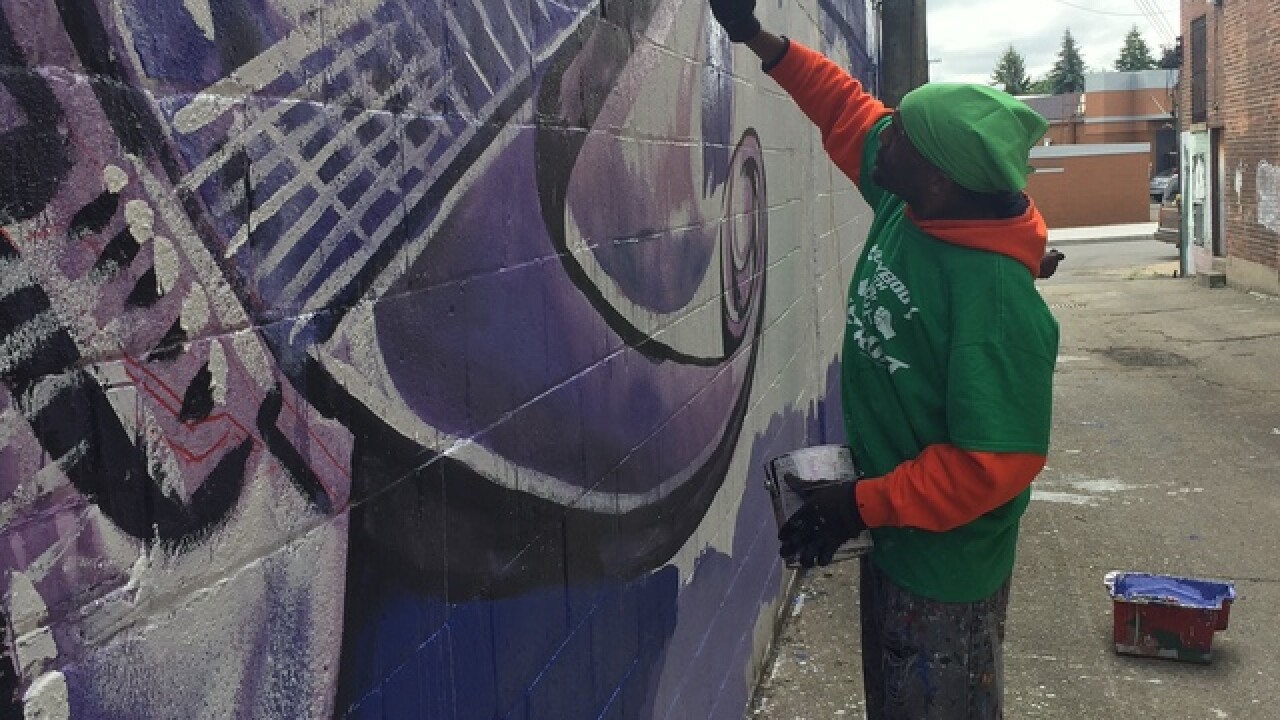 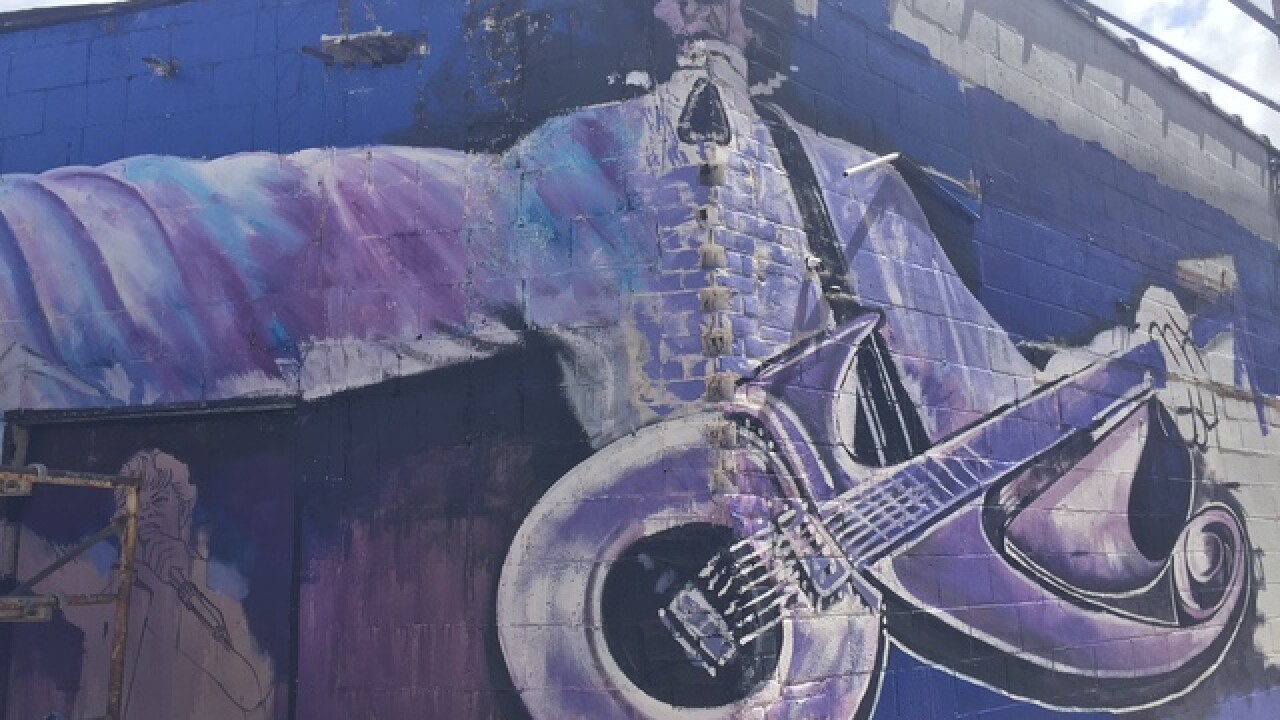 A tribute mural that features music icon Prince is being painted as part of a new public space in Detroit's Old Redford neighborhood.

"Prince was always a major influence - being Gemini and just being a musician," said street artist Chazz Miller, who is creating the 100-foot mural.

"We're always looking for an excuse to paint a great mural of course," said Miller.  "We had already been working on some ideas for this alley and, with him passing, we thought it'd be a great way to highlight his life and the life of other artists."

James Brown, Little Richard, Michael Jackson and George Clinton are the other artists that Miller is including in his work, which is located in the alley that runs off Lahser near the Redford Theater.

The mural is an extension of the partnership Miller and his Public Art Workz has had with Motor City Blight Busters since 2003.

"We were able to remove all the negative energy and our goal is to continue to not only stabilize and revitalize Detroit but to beautify it," said John George, who is president of the non-profit organization.

A crumbling wall was taken down and the illegally dumped trash removed to create the space for The Artist Village Alley Stage.

"We want to fill this alley with sound and sight, something positive," George said.

"At the Village we already have an inside stage, so this will be our outside stage for our sidewalk festival and some of the other things we do to bring entertainment, music, art and poetry here to Grand River and Lahser in Old Redford," George said.

Today people were also working inside what he calls the "Room without a Roof," which connects to the alley and serves as another unique space for the community.

"That's part of the thing with public art," Miller said. "It inspires people and encourages them to take pride in their community."